Curious about what 3D printing is and how it works? We explain everything in a simple and easy-to-understand way.

3D printing works in much the same way as inkjet printing. Inkjets printers essentially have a print head with several nozzles called jets. As the paper moves past the print head, the nozzles spray out the ink to form the image of what you’ve printed. The main difference is that, while inkjets are filled with ink, 3D printers are loaded with the material you want to print with. And, like the name suggests, 3D printers print objects in three dimensions.

Who invented the 3D printer?

Charles W. Hull – often known as Chuck Hull – is usually credited for inventing and patenting the first iteration of the 3D printer. Although we often think of 3D printing as a modern invention, he actually came up with the concept in 1984 and successfully patented it in 1986.

A number of other people are worth mentioning here as they also created similar systems at around the same time. This includes Hideo Kodama, who was trying to create a way to quickly develop prototypes. In 1981, Kodama successfully created an early version of stereolithography (SLA) printing technology. However, Hideo Kodama did not get the patent for this technology, so he is not considered the official creator of the technology.

In 1984 – a couple of years before Chuck Hull successfully patented the SLA technology in the USA – three French researchers filed a patent for the stereolithography process, but this was abandoned before it could go through.

How do I 3D print an object? 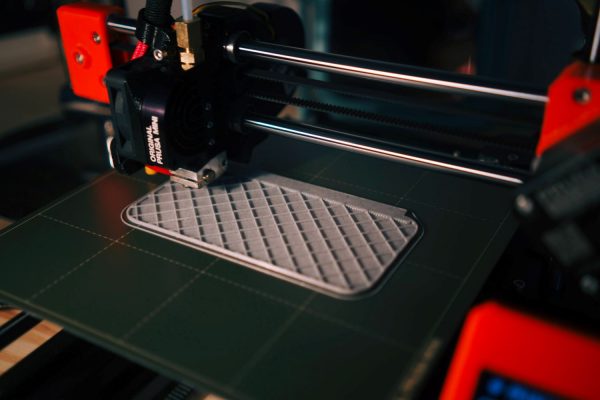 If you’re thinking of 3D printing an item, you’ll need to follow these steps.

Every 3D printing project starts with a 3D model. This is the digital representation of a three-dimensional object that you would like to be printed. These are created using specialist 3D modelling software. 3D models can be made completely from scratch using this software, or objects can be scanned using a 3D scanner before the scan is manipulated and touched up in the software.

There are many platforms where you can buy or sell 3D models (and tweak them before printing if necessary). Some of the biggest online markets include Sketchfab, Turbosquid, CGTrader and Quixel. 3D model files come in all different types, including .STL, .OBJ, .FBX, and .DAE.

Once the 3D model is ready, you then have to slice, or split, it into thin layers using slicing software. This process helps the 3D printer understand how each part should be printed in order to maximise the object’s strength and print it in as little time as possible.

The slicing process also converts the 3D model file into code that gives commands to the printer so it understands what must be done. Slicing software will generally allow you to change a number of things, including the: 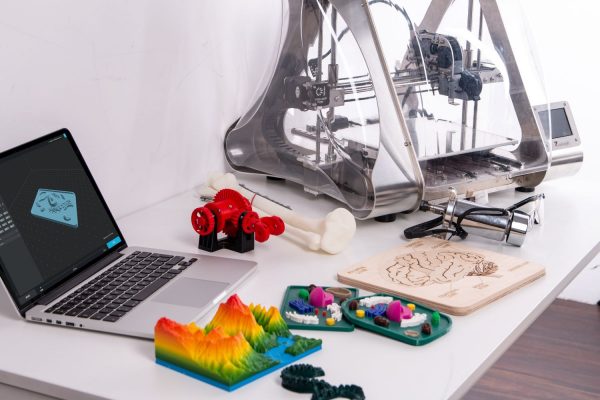 Once everything has been set up correctly for the printer, you’re ready to print the item.

How long does 3D printing take?

The amount of time the object will take to print depends on how big and complex the object is, as well as the capabilities of the 3D printer. Small parts can take as little as half an hour to print, while a 3D printed home or other larger-scale project could take a matter of days or weeks to complete.

How much does it cost?

You’ll also need to get 3D printer filament, which can vary in price between £20 and £60 for a kilogram of filament.

If you’re looking to get a one-off object printed, you might want to use a 3D printing service. There are plenty of services like this that can print and send you your item once it’s ready – as long as you can supply the file.

What materials can be 3D printed? 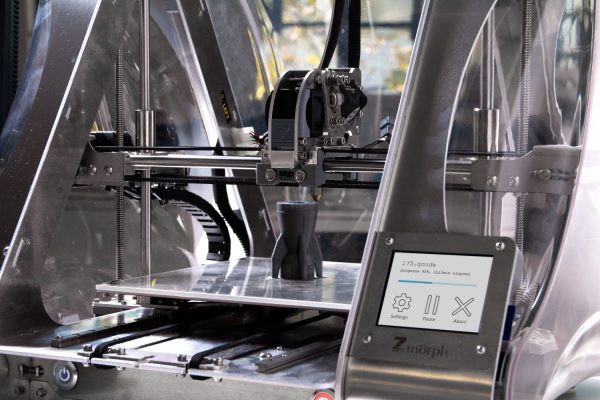 You can 3D print with a variety of materials, but some are more popular than others.

Polylactic acid (PLA) is one of the most popular materials for hobbyists 3D printing at home. PLA is an environmentally friendly plastic made from corn starch and sugarcane derivatives. Other materials that are frequently used include:

Industrial 3D printers are often able to use a wider range of materials, from clay for 3D printed housing projects to biocompatible ABS M30i for healthcare applications. Other materials include:

Is a 3D printer worth it? 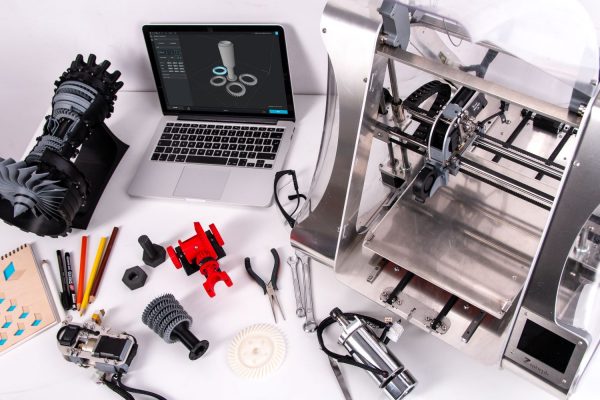 If you’re getting into 3D printing as a hobby, you might have to pay quite a lot of money upfront depending on what type of printer you buy. This might not be an issue if hobbyists want to use the printer to design your own items and experiment or create miniatures for tabletop games.

For those who want to use a 3D printer simply to make tools and parts for around the house, you might want to consider simply getting these printed through a 3D printing service.

For industries, 3D printing can be a great way of making prototypes, tools or even buildings. Whether getting a 3D printer is worth it for your business will depend on a number of factors, including how often you’d need to use the printer.

How do I check my car insurance expiry date?