Welcome back to another edition of ‘Long Weekends in Europe.’ After taking in the sights of sounds of Slovenia last time, today we are heading west and visiting the Belgian region of Flanders.

The region dates back to the year 862 and can be found nestled between the Netherlands, Belgium and France. It has a heritage that is steeped in foreign interest and conquest. All the foreign attention that the area has received has given it a truly unique culture that draws on both Dutch and French ways of living. Don’t be mistaken though, as the locals are proud of their Flemish identity, something that must be experienced to be understood.

Perhaps you are familiar with Flanders due to the conflicts that played out on its lands in the First World War. But Flanders is so much more than a historical battle ground. It has a wealth of sights and experiences to offer the modern tourist.

Where should I stay?

Flanders offers a host of great locations to stay in such as Bruges, Oudenaarde and Nazareth. Whilst those destinations are excellent choices in their own right, in this article we will be focusing on the city of Ghent as the ideal base for a long weekend away.

The city is one of the easiest to access in the region, with regular trains running from the capital city of Brussels. But what makes Ghent so special is not its travel links but that the city is one of the most historic in Belgium, with its roots stretching back to the medieval period.

The streets are packed with stunning architectural masterpieces that are best observed from the famous Graslei and Korenlei riverbanks that run through the heart of the city. From here, you can fully appreciate the majesty of your surroundings, including the 10th century St. Bavo’s cathedral that stands proudly in the centre of Ghent.

To further admire the magnificence of Ghent I would recommend booking onto one of the many river tours that take place each day. Basking in the Belgian sun as you listen to the tales of the buildings that surround you is one of the most relaxing experiences I have had as a tourist. See if you can spot the tower that was based on the Elizabeth Tower that houses ‘Big Ben’ in London as you cruise along the water.

At night, the area comes to life as the bars and restaurants that line the streets fill with thirsty locals coming out to enjoy life in this beautiful city.

What is there for families to do?

In Ghent there is the imposing Gravensteen castle that is encircled by a large moat and only accessible via the drawbridge entrance. Once within the castle walls your family are free to explore the immaculately kept interior and the turrets that tower over the city. The castle gives you a true sense of immersion as you experience what life may have been like in feudal Belgium.

Outside of Ghent, you can make the short trip to Oudenaarde for a visit to the Centrum Ronde van Vlaanderen, a museum dedicated to the region’s most famous sporting event. For a small entrance fee, you and your family can delve into the stories of ‘De Ronde’ from the earliest editions all the way to Mathieu van der Poel’s most recent triumph. The

entrance fee also includes a free drink in the Peloton Café that is worth checking out for the ‘wall of jerseys’ alone.

Flanders still embraces many of the medieval dishes that hark back to centuries ago. Some of the most popular delicacies from the region include freshly caught mussels from Bruges or Antwerp. This delicious seafood is usually served drowned in local beer or wine and consumed as quickly as possible.

If true authenticity is what you are searching for the best local food to try is ‘Stoemp,’ a dish of mashed potato mixed with other root vegetables, along with cream and sometimes onion. It is something of traditional comfort food and for added heartiness it can be served with sausage or bacon to help warm the soul on chilly Belgium days.

For those with a sweet tooth, waffles remain popular in the region despite being considered more of a Wallonian treat by the locals. I would recommend adding strawberries and dousing them in chocolate sauce for the best experience.

If you’re wondering, the frites are pretty tasty too and should always be taken with a generous helping of mayonnaise on the side. 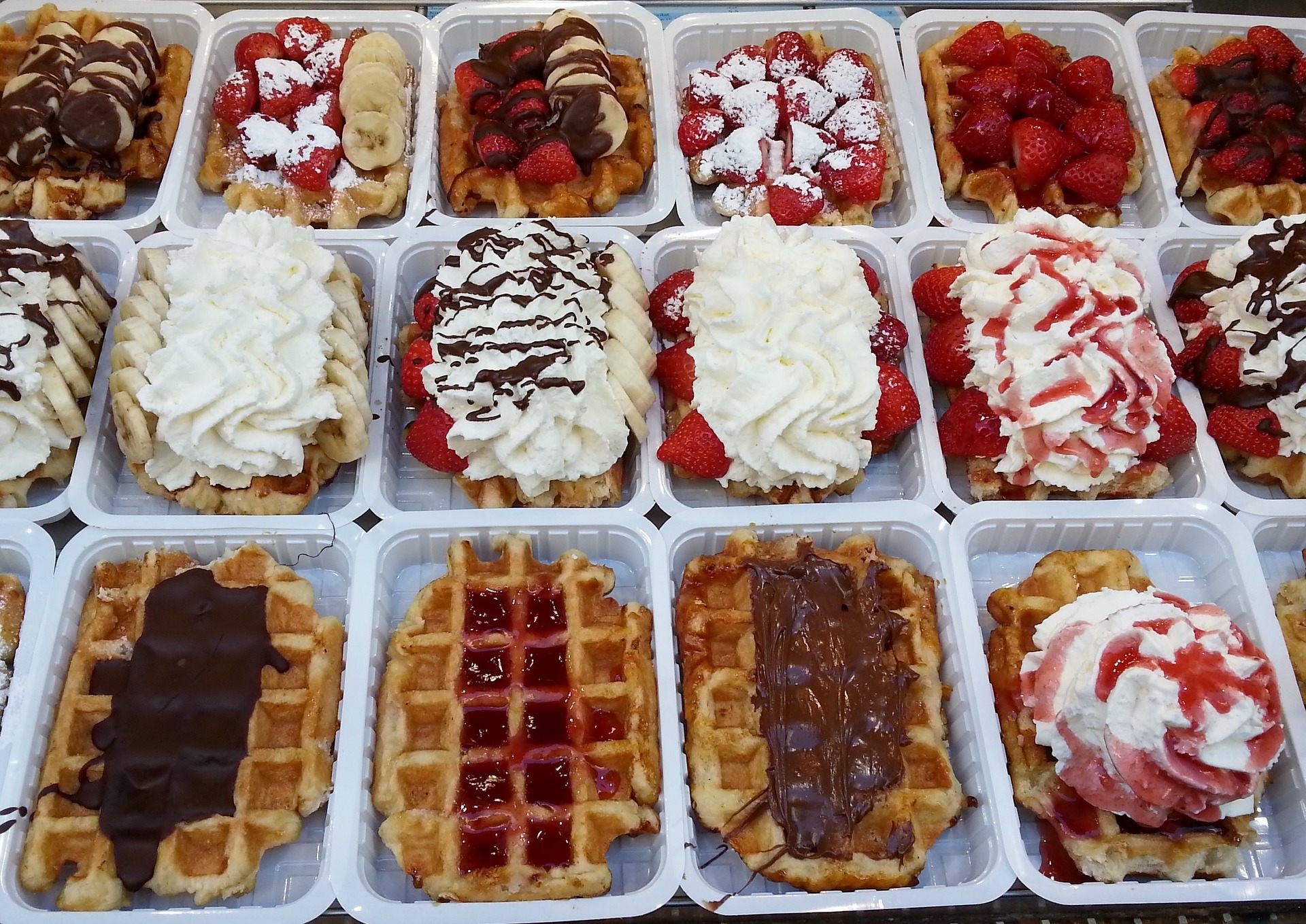 The Flanders region is considered by many to be one of the spiritual heartlands of cycling. The area is home to some of the biggest one-day races of the year known collectively as the Spring Classics. They are some of the most exciting days in the cycling calendar.

These races are famous for a number of reasons, however Flanders’ most notable contribution in terms of parcours are the legendary cobbled climbs located in the Flemish Ardennes. 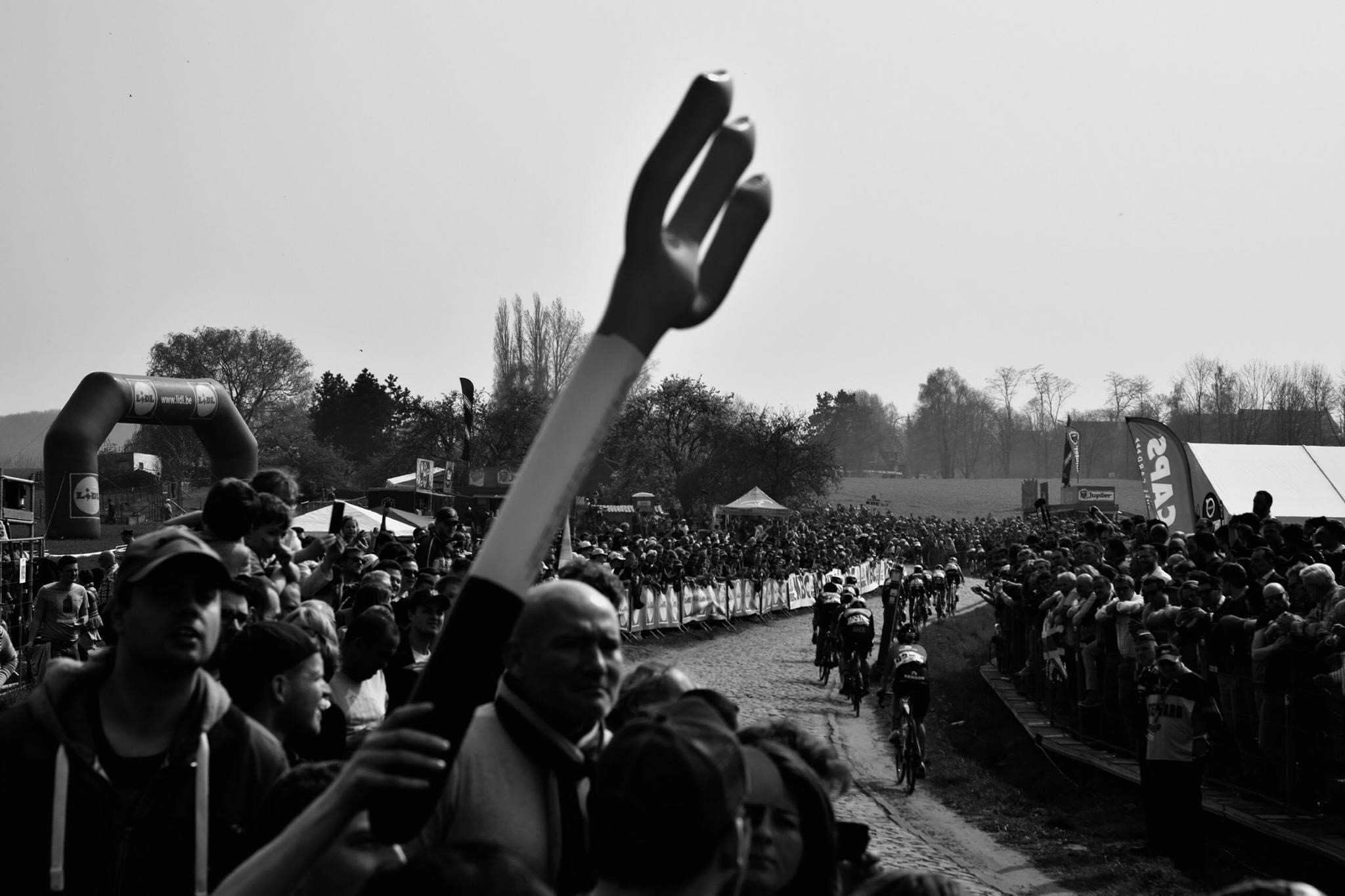 Of all the races held in Flanders one stands above the rest, the Ronde van Vlaanderen (or the Tour of Flanders in English). One of the monuments of cycling, this iconic day of racing is one of the toughest of the season and is both loved and feared by those taking part.

If choose to go for a ride along any of the routes that the races follow, you can ride knowing you’ve ridden the same cobbles as the super-stars of the pro-cycling world.Track cycling is also very popular in the region and is one of disciplines that often takes place outside of the road season. The t’Kuipke velodrome in Ghent is considered to be something of a cycling ‘Mecca’ for professionals and fans alike. If you ever have the chance to attend the ‘Six Days Of Ghent’, you’re in for a wild time. 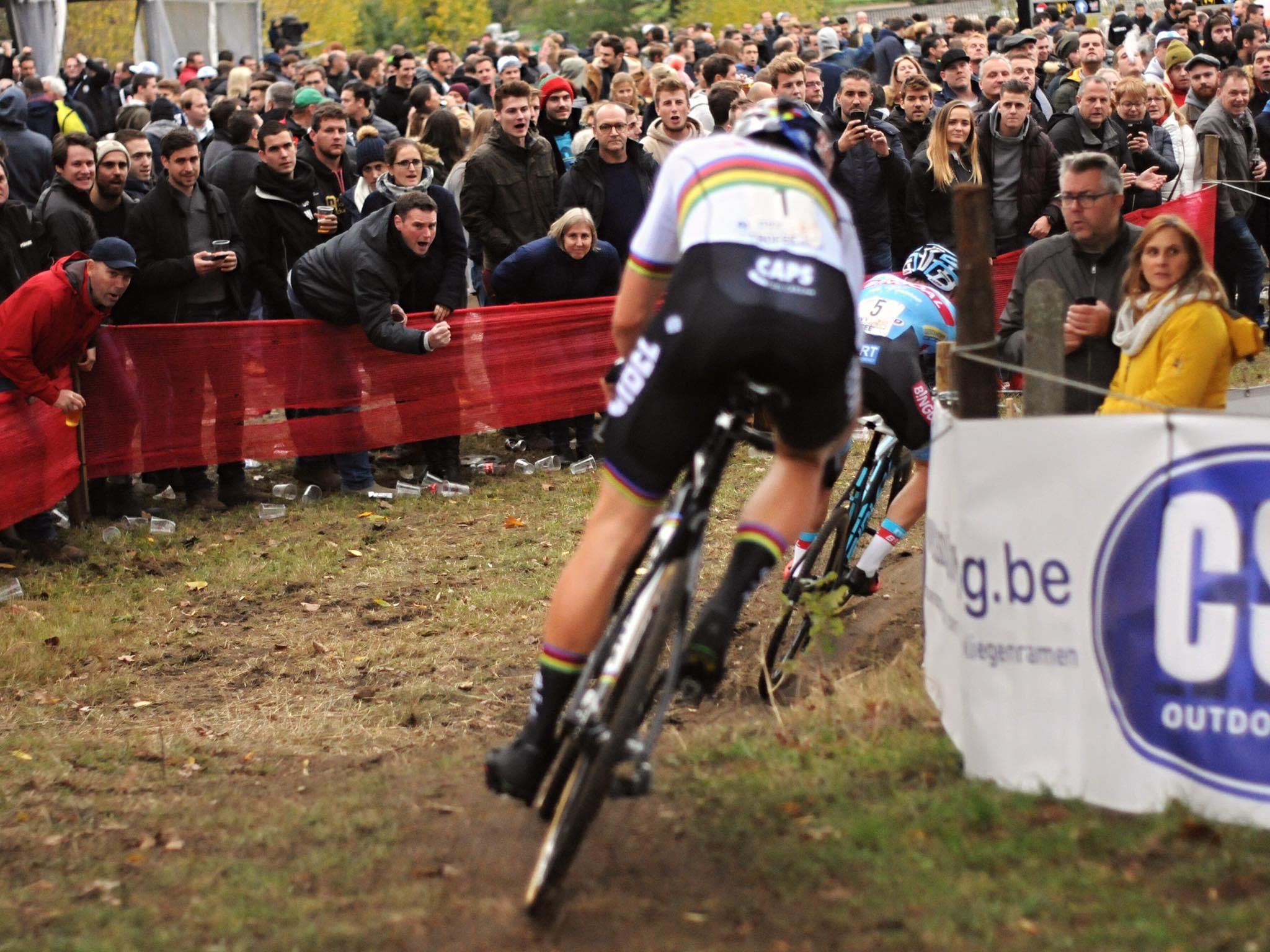 When should I visit Flanders?

From a cycling perspective, there really is not a bad time to make the trip to Flanders as there are races running throughout the year. The Spring months are when the best of the action takes place though, so make sure to bring a raincoat!

When the road season wraps up the focus simply shifts towards the track and cyclocross, a discipline that is incredibly popular.

Cyclocross events are typified by large groups of fans standing in muddy fields during the depths of winter. Drinking beer and having a generally great time with your pals is a major part of life as a cycling fan in Flanders. 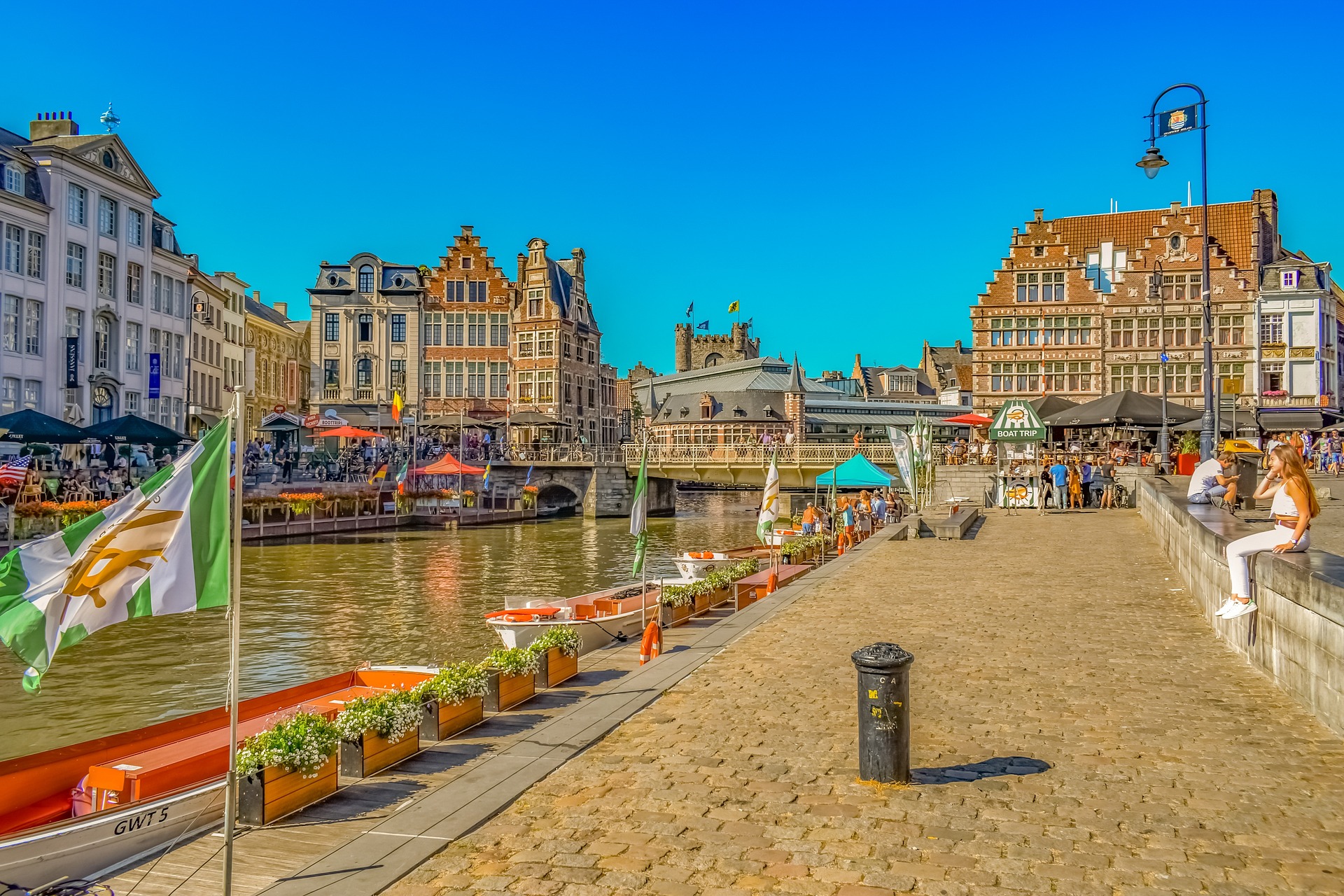 Outside of this, the Belgian summertime is similar to most in western Europe. Bars and restaurants thrive as their customers bask in the evening sunshine. The locals often stay long into the night, drinking beer and consuming copious amounts of frites.

Of all the locations that we’ve visited in this series, there are few that I would implore you to visit more than Flanders. It has everything that both cycling fans and casual travellers could ever want and is as intriguing as it is beautiful. As always, remember to take out travel insurance before heading on your way.

Now you’ve had a taste of what a short holiday in Belgium could look like, it’s time to start planning that trip. Whether it’s for cycling purposes or simply a family getaway, we’re sure you’ll love your long weekend in Belgium. If you need short term or annual travel insurance cover for your trip, Yellow Jersey offer that here. Alternatively, give our customer service team a call and they’ll help.

Five different places you must ride your bike