To print this article, all you need is to be registered or login on Mondaq.com.

On March 28, the Biden Administration submitted its Fiscal Year
2023 budget proposals reflecting its budget and tax policy
priorities, which could surface when Congress resumes work on
budget reconciliation. While it is challenging to assess
Congress’ appetite for tackling tax increases at this point,
the package proposes the following major changes:

a 20% minimum income tax on households worth more than $100
million.

In addition to these high profile tax proposals, the
accompanying 120-page Treasury “Green Book” includes
three proposals potentially affecting the funding of
post-retirement benefits, sanctions for Internal Revenue Code
(“Code”) section 409A violations, and the tax treatment
of fixed indemnity health insurance policies. We comment briefly on
these proposals – all of which would be effective for tax years
after 2022 – below.

A. Withholding on 409A Nonqualified Deferred Compensation
(“NQDC”) Violations

Code section 409A imposes complex rules on the deferral and
payment of nonqualified deferred compensation. Violations of the
rules result in a 20% additional tax and interest being imposed on
the affected employees.

While the Green Book would not change the 409A rules themselves,
the proposal would require employers to withhold the 20 percent
additional income tax and additional interest tax on the NQDC
included in an employee’s income as a result of a 409A
violation. As a result, IRS agents would have an easier time
collecting the 409A penalties when violations are identified in a
corporate tax audit. Under current law, the penalties are imposed
on affected employees, which requires coordination with other parts
of the IRS and no withholding is required.

Unfortunately, Treasury and IRS have yet to issue final
regulations on how to calculate the income inclusion for 409A
violations so this proposal will prove challenging to affected
taxpayers. Nevertheless, the Congressional scorekeepers believe
that imposing a withholding obligation on employers should enhance
compliance – according to the Joint Committee on Taxation revenue
table, this proposal is estimated to raise almost $7 billion over a
10-year budget period.

Longstanding Code rules limit the ability of employers to
pre-fund retiree health and life insurance benefits to a period
based on “the working lives of the covered employees,
actuarially determined on a level basis.” The IRS has not
issued any guidance on this determination, however. In its 2003
decision in Wells Fargo v. Commissioner, the Tax Court
allowed a current deduction for the full amount necessary to fund
the liability for already retired workers. 120 T.C. 69. Many
employers have relied on this decision to pre-fund retiree medical
benefits in VEBAs and insurance continuation funds.

The Green Book includes a proposal that generally would limit
pre-funding of retiree benefits to the longer of (1) the working
lives of the covered employees or (2) 10 years, unless the employer
commits to maintaining the same level of benefits for 10 years.
Accordingly, an employer could no longer pre-fund the entire
liability for already retired employees in a single year on a
currently deductible basis.

In support of the proposal, the general explanation (at page
108) states as follows:

there is no specific prohibition
against using the funds that are no longer needed to provide
post-retirement benefits to instead provide other welfare benefits.
Therefore, an employer can effectively accelerate deductions for
welfare benefits provided to current employees by making a lump sum
contribution to a reserve for retirees’ future benefits in one
year, eliminating or reducing those retiree benefits, and then in
subsequent years directing those funds towards the cost of
providing welfare benefits for current employees.

This explanation fails to recognize that an employer’s
ability to modify its retiree benefit provisions is regulated by
ERISA and has been the subject of extensive litigation. Further,
while there is no specific prohibition, the IRS currently has a
“no-rule” policy on the ability of an employer to
“repurpose” surplus retiree medical assets to pay other
employee welfare benefits, such as active employee medical, without
subjecting the employer to the reversion excise tax of Code section
4976.

Some employers offer insured fixed indemnity benefits to their
employees which pay fixed amounts for a specified medical event
rather than benefits keyed to the actual cost of medical care.

The Green Book proposes to clarify that the exclusion under Code
section 105(b) for payments from fixed indemnity policies is
limited to the actual medical cost, and any excess benefits above
those amounts are “wages” includible in the
employee’s income and subject to the standard wage withholding
provisions. The proposal would not affect the treatment of benefits
under policies purchased with employee after-tax dollars,
however.

The content of this article is intended to provide a general
guide to the subject matter. Specialist advice should be sought
about your specific circumstances.

A withholding agent is generally required to report amounts paid to foreign persons that are subject to non-resident alien withholding. Payments of U.S.-source “fixed and determinable annual or periodic… 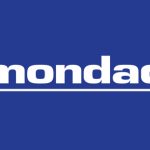