COLUMBUS, Ga., January 21, 2022 /CSRwire/ — Aflac, a leading provider of supplemental insurance in the U.S., launched a national initiative, Close the Gap, to address medical debt and disparities in health and wealth in America – an issue that affects close to 50% of Americans and disproportionately impacts people of color and those in low-income communities. The initiative shines a light on people who fall in the gap where health insurance ends and medical bills begin to pile up.

“The health and wealth gaps that exist in America are causing many families to decide between their health care and daily living expenses,” said Aflac U.S. President Teresa White. “Through education, support and advocacy, our new initiative can help close gaps that exist in communities across the country and drive positive and lasting change.”

The Close the Gap initiative is a multifaceted, comprehensive program that aims to support, educate and advocate for the need to close the health and wealth gap.

To provide further context to the national issue, the company has published the Aflac Care Index*, a survey designed to help educate people about health and wealth disparities, a critical and mounting issue in the U.S. The Aflac Care Index found:

In addition to the Index, Aflac is introducing its first film, “The Park Bench,” an animated short presented by Aflac that illustrates a real-life scenario many Americans experience when an unexpected medical event occurs. The film was produced by Carl Reed of Lion Forge Animation, written, and directed by Academy Award® and Golden Globe® nominee Rob Edwards, with musical direction provided by Grammy® award-winning artist Nas. Through the eyes of a young girl whose father has been diagnosed with sickle cell disease, the story highlights the resulting impact of a medical event on the family. “The Park Bench” film was named an official selection at Brand Storytelling 2022, a sanctioned event of the Sundance Film Festival as well as the Sedona International Film Festival. “The Park Bench” film will stream on Twitch Jan. 22 at 7:30 p.m. EST and will also be available to stream on Roku.

As one of the company’s brand ambassadors, Deion “Coach Prime” Sanders, will continue his support of the company and its Close the Gap initiative.

“When I was recently sidelined for months with my own unexpected medical emergency, I was not only reminded about how fortunate I am, but also saw firsthand the impact it had on both my families – my fiancé and sons, as well as my football family. Fortunately, I was able to focus on my recovery and not worry about the cost. However, too many Americans, especially those of color, are not afforded the same peace of mind and are one step away from a medical incident that could easily lead to financial ruin,” said Sanders. “I have a shared commitment with Aflac to help close the gap for those without a voice and to bring greater awareness of the medical debt disparity in America.”

Aflac announced in October its intent to give away $1 million to families, individuals and organizations throughout 2022, including the first 20 CareGrants delivered in December 2021 to individuals who overcame or were undergoing unexpected medical events. The $5,000 gifts were provided to help these individuals focus on their recovery by helping to alleviate some of the financial hardships associated with a medical event. Beginning in February, Aflac will expand its CareGrants program and award grants to communities greatly impacted by medical debt, as identified through data obtained via the Aflac Care Index.

“Aflac’s Close the Gap initiative is designed to not only provide immediate financial support to individuals and communities in need but also, through storytelling and data, aims to help educate consumers and advocate for closing the gap in what health insurance doesn’t cover,” said Shannon Watkins, chief brand and marketing officer at Aflac. “We’ve aligned with brand ambassadors and partners who share our vision for a future where hardworking Americans’ focus after a medical event is on recovery, not unexpected bills. This exciting initiative allows us to help close health and wealth gaps across the country and bring the Aflac brand purpose to life.”

Learn more about Aflac’s Close the Gap initiative at www.Aflac.com/care.

The 2021-2022 U.S. Care Index is an online survey conducted to better understand the perceptions around health insurance coverage and the degree to which people feel exposed to medical debt. The survey was conducted in October 2021, by The Bantam Group, Inc. on behalf of Aflac. The survey captured responses from 6,514 participants across the nation, aged 25-54, who have health insurance and make or share in household decisions.

Aflac Incorporated (NYSE: AFL) is a Fortune 500 company helping provide protection to more than 50 million people through its subsidiaries in Japan and the U.S., where it is a leading supplemental insurer, by paying cash fast when policyholders get sick or injured. For more than six decades, insurance policies of Aflac Incorporated’s subsidiaries have given policyholders the opportunity to focus on recovery, not financial stress. Aflac Life Insurance Japan is the leading provider of medical and cancer insurance in Japan, where it insures 1 in 4 households. For 15 consecutive years, Aflac Incorporated has been recognized by Ethisphere as one of the World’s Most Ethical Companies. In 2021, Fortune included Aflac Incorporated on its list of World’s Most Admired Companies for the 20th time, and Bloomberg added Aflac Incorporated to its Gender-Equality Index, which tracks the financial performance of public companies committed to supporting gender equality through policy development, representation and transparency, for the second consecutive year. To find out how to get help with expenses health insurance doesn’t cover, get to know us at Aflac.com or Aflac.com/Espanol.

Aflac is a Fortune 500 company, providing financial protection to more than 50 million people worldwide. When a policyholder or insured gets sick or hurt, Aflac pays cash benefits fairly, promptly and directly to the insured. For more than six decades, Aflac voluntary insurance policies have given policyholders the opportunity to focus on recovery, not financial stress. 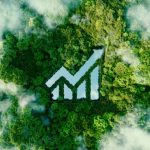 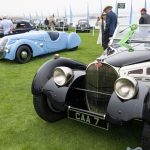 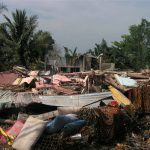