In a special meeting Thursday prompted by the off-duty death of Edmonds police officer Tyler Steffins, the Edmonds City Council voted unanimously to approve a city policy to pay for up to three months of health insurance coverage for the family of any city worker who dies while an active employee.

The 33-year-old Steffins was off-duty in Las Vegas March 26 when he was attacked by a knife-wielding suspect. He was transported to an area hospital but did not survive his injuries. The Las Vegas Metro Police Department has a 58-year-old man in custody and has launched a homicide investigation. Steffins is survived by his wife and two elementary-age children.

Edmonds Police Chief Michelle Bennett, who was present during the virtual meeting, thanked the councilmembers for their vote, adding that it “means a lot to this (Steffins’) family and the (Edmonds police) officers.” She also thanked the community for the outpouring of support, including flower bouquets and cards left at a memorial outside the public safety building as well as numerous baked goods delivered to the police department.

In explaining the proposed policy change to the council, Human Resources Director Jessica Neill Hoyson said that Steffins’ death prompted the city to look at changing the city’s policy. “When an employee dies, they may have dependents and spouses on their health care coverage,” Neill Hoyson said. In addition to dealing with a variety of other issues, those dependents will be facing the additional cost of paying Continuation of Health Coverage (COBRA) to ensure their health insurance remains in effect, she explained.

The policy “gives us an opportunity to help a family who is already in grief, transition a little more smoothly,” Neill Hoyson said.

The new policy approved by the council Thursday states that when an active employee dies, the surviving spouse and dependents who are enrolled in the employee’s active health insurance (medical, dental, vision) will receive up to three months of COBRA paid by the city. 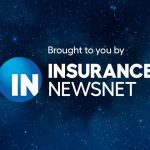 Around 200,000 Oklahomans could lose SoonerCare coverage when public health emergency ends – what you need to know – KFOR Oklahoma City 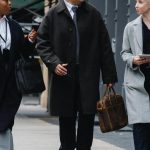 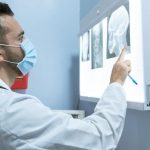 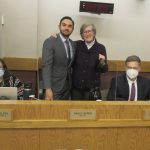 KHN’s ‘What the Health?’: On Government Spending, Congress Decides Not to Decide

Question about prior auths and switching insurance

Turned Away From Urgent Care — And Toward a Big ER Bill