SPRINGFIELD, Ill. (AP) â Democrats in Springfield are celebrating approval of legislation that wipes out $4.1 billion in debt.

In fewer than 24 hours last week, lawmakers and Gov. J.B. Pritzker OK’d a package that significantly reduces the state tab in the pandemic-battered Unemployment Insurance Trust Fund, wipes out $898 million in unpaid obligations to employee group health insurance, puts up $230 million â the missing state portion of the College Illinois savings program â and pumps an extra $300 million into the long-shorted pension program.

âWe are taking care of in a day what took years and years to build up,â Democratic Majority Leader Greg Harris crowed during House debate on a major thrust of Pritzker’s proposed state spending plan â paying off overdue bills.

They took care of it, but not without substantial help from the federal government and the $8.1 billion it provided Illinois from the American Rescue Plan Act of 2021. Nearly two-thirds of the reduced arrears â $2.7 billion â is coronavirus remediation money from Washington, bound to shore up the unemployment account, which is $4.5 billion in the hole.

Lawmakers meeting with business and labor representatives must find another $1.8 billion just to get back to even. That likely means businesses, which fund the program through a formulaic tax, will pay more and labor will sacrifice some of the nation’s more generous benefits in terms of the amount of cash or the amount of time they’re paid.

Republicans, who voted against the measure, wondered why more of the ARPA money isn’t used to soften the impact on businesses whose workers are potential future beneficiaries.

âWhat happens when our Unemployment Insurance Trust Fund is in debt? Two things,â said Deputy Minority Leader Tom Demmer, a Dixon Republican. âOne, a major tax increase on every job in the state of Illinois and two, a benefit reduction for every worker in the state of Illinois. Itâs a lose-lose scenario. Taxes go up. Benefits go down.â

The GOP has a simpler solution. Use ARPA funds to backfill the entire hole â an idea they put forward a year ago when most states were rectifying their unemployment fund problems. Republicans say $4.5 billion isn’t sufficient because it still leaves the account empty. The generally accepted target UI fund balance is $1 billion. It was about $1.2 billion at the start of the pandemic, according to Demmer.

The amount available to fix the problem varies among GOP critics. Demmer said $6.9 billion in ARPA money remains unspent. On Thursday in the Senate, Minority Leader Dan McConchie of Hawthorn Woods said as much as $16.7 billion was available by pooling federal-relief allotments and a veritable windfall of unanticipated state tax revenue increases.

But Pritzker’s Office of Management and Budget says while money is on the books, that doesn’t mean it isn’t spoken for. OMB records show that legislative appropriations, including those expected in the coming year, leave just $800 million left.

âI want to remind everyone how the rest of the federal … dollars have been used: To keep day cares open, to keep people in their homes, to provide cash to small businesses on the brink of disaster, many of which were shut out of the federal small business lending program,â Pritzker said.

Of course, $1 billion was also set aside for capital construction projects of Democrats’ choosing, pork-barrel spending Republicans were not shy about publicizing during debate on the legislation.

The pandemic’s damage to the fund is more than double what it was in 2008-09, when the Great Recession landed a $2 billion blow to the account. A lead negotiator on the issue then and now, Democratic Rep. Jay Hoffman of Swansea, said businesses took the hit for the debt after the Great Recession. They covered it by borrowing money from state bond sales, which took years to pay back.

For a single person who worked full time, current unemployment benefits amount to just under half the previous salary â capped at about $480 per week â and run for 26 weeks.

Democrats, including Sen. Linda Holmes of Aurora, the Senate’s negotiator, said the $2.7 billion down payment was essential to fuel talks and provides a substantial buffer against further sacrifice.

âWeâre … working to protect employers from higher taxes and saving employees from losing much-needed benefits,â Holmes said. âWhile we prepare for the work ahead, the proposed solution narrows the focus and offers a solid starting point for business and constructive negotiations.â

Copyright 2022 The Associated Press. All rights reserved. This material may not be published, broadcast, rewritten or redistributed without permission.

Sign up now to get the most recent coronavirus headlines and other important local and national news sent to your email inbox daily. 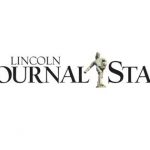 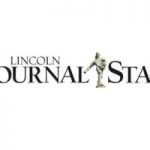 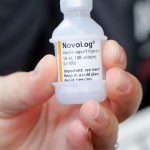