For the past 2 months I have been contacting my insurer UMR (which according to the UHC website, says that it is a third party administrator of UHC- not a health insurance company. However representatives from both UMR and UHC deny this is true and say that it is an insurance company). My coverage ended on 4/30 but I have been contacting them for the past two months about 2 claims at the end of March for allergy serum (CPT 95165).

I called prior to receiving the service and was told it would be covered 100%. It was then denied because apparently I needed to update my coordination of benefits. I attempted to do so for about 3 weeks before it finally was completed. Now UMR says I owe my doctor $1,961 because apparently the service was only covered 80% after I hit my deductible.

I have spoken with them over 20 times and received different answers every time. I was told on 3 occasions, however, that if the allergy shots were to be administered in a doctor’s office (they are), that it would be covered 100%. I was told it was billed incorrectly. On 5/18, the UMR representative confirmed that actually it was billed correctly, and that he was sending it back to claims and it would be covered 100%. Allow 3-5 business days.

I have a recording of the conversation where the representative says that it is covered 100%.

I called today and they said they’re not sure why I would be told that and they said that the service was only covered 80% after deductible. I ask to speak to a supervisor and she places me on hold for 10 minutes, only to get back on to pretend to be the supervisor. They then “transferred” me to a claims specialist and I hung up after an hour on hold.

I’m currently on the phone with them and have spent another hour trying to get in touch with a supervisor (I’m still on hold).

I am so exhausted and frustrated and going insane.

What do I do next? Any advice is very very very appreciated. 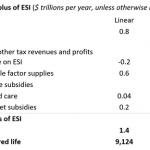 What is employer-sponsored health insurance on w2?

What is a possible cons of employer sponsored health care? 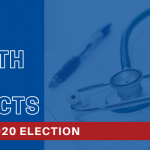 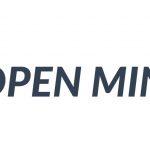 ← Insurers must defend, even if damage falls below the deductible ← Allianz Global Insurance Report: 2021 a good year for the industry