JAMAICAâS NCB Financial Group in January awarded a contract for the provision of the groupâs health insurance services to Sagicor Life Jamaica, after the contract with its Westmoorings-based subsidiary, Guardian Holdings Ltd (GHL), came to an end.

This move is noteworthy because GHL, the T&T insurance company, is not only a subsidiary of NCBFG, but is also a direct competitor of Sagicor.

âThe health benefits in place currently will remain unchanged, however there will be a reduction in the premium rates effective February 1, 2022.â

NCBFGâs health insurance plan covers all the employees of its wholly owned subsidiaries.

NCBFG acquired 29.97 per cent of GHL in May 2016 and in May 2019, another 31.99 per cent of the T&T insurance company was purchased by the Jamaican group. Those acquisitions resulted in NCBFG owning a 61.96 per cent stake in GHL.

Responding to questions from the Sunday Express, NCBFG spokesperson, Nadeen Matthews Blair, said the group is a public company with listed securities and it seeks to serve with integrity the interests of multiple stakeholder groups including customers, employees, and shareholders.

Transactions across the groupâs subsidiaries are guided by policies, processes and guidelines that ensure we live up to these obligations, the spokesperson said.

âThis transaction involved the placement of health insurance for employees of NCBFG and its wholly owned subsidiaries (not all companies in our Group).

âThe total number of employees covered under this plan exceeds 2,000, and employees contribute 50 per cent of the premium.

âPrice is accordingly an important factor for both NCB and our employees.

âThe process and outcome of this transaction, involving the consideration of competing proposals, is consistent with the standards we strive to uphold. This competitive process is undertaken every year, so next year we may retain the current provider or switch to Guardian Life Ltd, or another provider.â

In T&T, an insurance industry executive confirmed that GHLâs Jamaican subsidiary held the plan before the provider was changed at the beginning of February.

âThere were quotations and Sagicor offered a better rate so the plan went to Sagicor. Guardian was not prepared to match the Sagicor rate as it is clear that the Sagicor rate is technically wrong and unprofitable.

âSo it is quite likely that Sagicor will make a loss and have to raise rates at which stage the plan will come back to us.

âIf Sagicor wants to subsidise the plan, then how can they justify to their employees paying a higher premium. It would seem that the benefits for the NCBFG employees, dependents and pensioners have not changed but the Sagicor premium is cheaper.

âIt is clear that the Sagicor rate is not profitable, so Guardian opted not to match.â

In Jamaica, an insurance industry executive said: âIt is highly unusual that a large company such as NCBFG would award an employee health insurance contract to a competitor of its own insurance subsidiary.

âThe Guardian Group should be very concerned about this.â

In its most recent financial results, for its first quarter ended December 31, 2021, NCBFG reported consolidated net profit attributable to shareholders of the parent of J$2.6 billion, a decline of J$1.3 billion or 33 per cent from the prior year.

The GHL stock is down by 6.73 per cent, since the beginning of 2022. GHL is listed on the TTSE and it cross-listed on the JSE in May last year. 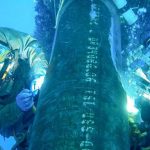 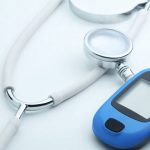 What are organizations missing out on by not opting for Group Health Insurance? – The Financial Express 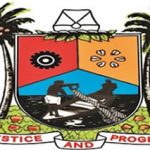