CLEVELAND HEIGHTS, Ohio — City Council has introduced local legislation calling for universal health care in America with a resolution in support of the Medicare For All Act of 2021, proposed nearly a year ago in Congress.

This comes on the heels of a Feb. 7 presentation to council from the group “Partners in Health Engage,” which has a chapter at Case Western Reserve University.

Mayor Kahlil Seren noted at the time that he’d already drafted a resolution.

“This wasn’t my intended announcement, but I have drafted a resolution and I planned to look for co-sponsors,” Seren said. “I recognize that it’s ‘ceremonial’ legislation, but every little bit of advocacy helps.”

He eventually wound up with all six sitting council members signing on to the proposal, which will be part of Tuesday’s meeting agenda after all city offices were closed Monday (Feb. 21) for Presidents’ Day.

Among the contingent speaking before council, CWRU second-year biochemistry major Amber Akhter noted that despite the Affordable Care Act, an estimated 30 million Americans are still uninsured.

“And the pandemic has only exacerbated that,” Akhter added. “Our healthcare system needs a massive overhaul. We can lower the Medicare age and expand ACA, but that doesn’t solve the root of the problem. It simply puts a Band-Aid on it.”

Aside from noting that as many as 40 million Americans are also “under-insured,” Seren’s resolution takes a deeper dive into the problem at the local level, stating that nearly 7 percent of Cleveland Heights residents — over 3,000 people — have no health insurance.

At the same time, more than 20 percent of Cleveland Heights’ population — about 9,000 people — live below the poverty threshold. And average life expectancy varies as much as 14 years among different neighborhoods of the city, “geographically correlated with race and income levels.”

Akhter said that Medicare For All would expand health coverage for every American, regardless of socio-economic background.

“It’s a non-binding but symbolic resolution that sends a strong message, not only to Cleveland but to Congress,” she added. “As someone who has aspirations of attending med school, I cannot stand back and watch families debate whether or not they should go to a doctor’s office appointment because of ridiculous co-pays, or have pharmaceutical companies dictating the cost of insulin.”

Although he planned to speak on the topic of the Cedar-Lee-Meadowbrook development and the need to work toward a compromise with supporters of a public activity park, resident David Berenson reminded council that he generally talks about health care at the city’s annual Democracy Day testimony.

“Being a longtime Type 1 diabetic, I know exactly what you’re talking about, having had employer-based health care change every year or two — or sometimes six months,” Berenson said.

“It’s just crazy. Personally, I like the idea of Medicare For All ‘who want it,’ as a step toward (what’s being proposed).”

Cleveland Heights’ legislation notes that the proposed Medicare For All Act would also cover deductibles and other out-of-pocket costs and would reduce bureaucracy, protect the doctor-patient relationship and assure patients a free choice of doctors.

The legislation states that Medicare For All would save millions in taxpayer dollars now spent on premiums that often provide inadequate health insurance coverage.

The city legislation also contends that the timing is right.

“The current COVID-19 pandemic has led to record levels of unemployment, loss of employer-sponsored health insurance, a severely strained healthcare system, widespread illness and taken a profound toll on our community’s mental health, all of which places significant demands on our healthcare system, with the impacts most severe on our Black and brown neighbors,” the city’s resolution states.

Jordan Reif, a senior at CWRU and the opinion editor of its student newspaper, The Observer, recounted how, with severe allergies, she went to pick up a new counteracting EpiPen a few years ago and was told by the pharmacist that with one manufacturer in the U.S., they were currently out of stock.

“One company holds a monopoly on the pens and there was a shortage,” Reif said, adding that Medicare For All would also cover vision and dental care, rather than having separate plans.

And while there was a German-made alternative epinephrine auto-injector available, it was not covered by her insurance plan, “so I could either go without or pay out-of-pocket between $100 and $200,” Reif said.

“Without new strategies, the never-ending rising costs of health care will continue to challenge our already-strained municipal budget and the small businesses that keep our community unique and thriving,” the city’s resolution states.

Avi Horwitz, a CWRU junior and Observer staff writer, read to council a letter from Rachel Collier, a community organizer and third-generation Cleveland Heights resident who could not attend the meeting, but urged the city to pass, as a “moral imperative,” a Medicare For All resolution.

“Many community members face daily the bleak realities of a woefully inadequate and unfair medical system, including out-of-pocket drug costs that continue to skyrocket,” Horwitz and Collier stated.

They added that the legislation would “reaffirm our community values and leadership on this issue, declaring that health care is unequivocally a human right.”

Leading off the Partners in Health Engage public commentary was Danielle Dronet, a Cleveland Heights resident, mental health professional and a candidate for the Ohio District 9 representative seat.

“Medicare For All is about the ability to afford life without spiraling debt,” Dronet told council. “There are few of us in this room with the means to pay for medical care out of pocket if we become ill.”

Seren and the city’s resolution goes on to declare that “universal access to high-quality health care is a human right and the responsibility of a modern society with the capacity to provide it.”

As Akhter put it, “the Constitutional rights to life, liberty and the pursuit of happiness are not guaranteed until the right to universal health care is guaranteed.”

Read more from the Sun Press. 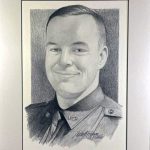 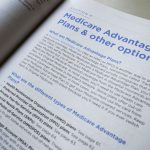 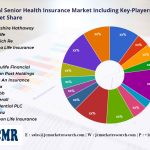