Should I get a lawyer at this point?

I had a surgery almost 2 years ago now for kidney stone removal. It was performed at an in-network hospital and was covered by my insurance. After the surgery I got an infection in my kidney. They tested me and discovered it was an antibiotic resistant bacteria and the only way to get rid of it is through IV antibiotics and was told to go to the ER to get them. In the ER they did some tests and ended up admitting me to the hospital overnight to provide the antibiotics and make sure everything was working.

Now I have a bill for the hospital stay for over $8k that has been denied because the insurance company deemed the stay “medically unnecessary” due to the fact that being admitted isn’t necessary for a UTI. I guess technically it was a UTI – a deadly infection in my kidney. I’ve already appealed once, sent in all the info I could gather from my online portal and an explanation of the events. I received a letter eventually stating that the “claim denied as not medically necessary for the date of service and no valid records”. I’ve tried calling multiple times to talk to a human about this, but I can’t seem to get through their automated voice system because I no longer have a member ID because I’m no longer covered by that insurance.

I’m just blown away at this point. From what I understand I only get one more chance to appeal (please correct me if I’m wrong) and I’m worried I’ll just get denied again and up having to pay this bill. Should I lawyer up? I have no idea how much a lawyer might cost or if I need one at this point. Thanks in advance! 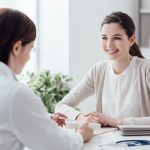 Who Could Benefit From Temporary Health Insurance in Texas?

Can I practice law without passing the bar?

Can Geico save you 15 percent or more on car insurance?

How does cargo insurance work?

What does a Tesla cost?

What is an attorney called?

How much do attorneys make?

Why you shouldn’t be a lawyer?
ShareTweetShare