The U.S. District Court for the Eastern District of Texas recently vacated a portion of the Requirements Related to Surprise Billing, Part II, Interim Final Rule (the “Rule”) regarding the independent dispute resolution (IDR) process that applies to surprise medical bills.[1] Specifically, the Court vacated a controversial provision in the Rule that provides deference to the median contracted rate set by health insurance companies when determining the appropriate rate for reimbursement of out-of-network emergency care and certain services provided by out-of-network providers at an in-network facility. The Rule was issued jointly by the Departments of Health and Human Services, Treasury , and Labor (collectively, the “Departments”), as well as the Office of Personnel Management, and the Court’s ruling resolves one of several lawsuits initiated by healthcare providers and industry groups challenging the IDR process outlined in the Rule and may have significant implications for employers sponsoring group health plans.

The No Surprises Act is incorporated as part of the Consolidated Appropriations Act of 2021 (“CAA”). A key feature of the No Surprises Act are provisions that attempt to protect patients from “surprise medical bills.” The CAA defines surprise medical bills as provider bills that arise from out-of-network emergency care, or services provided by out-of-network providers at an in-network facility or that are performed without a patient’s consent.

The IDR arbitration will be “baseball” style, meaning the parties will each present offers, and the arbitrator will pick one or the other (there is no ability to split the difference). According to the CAA, the IDR arbitrator must consider both the “qualifying payment amount” (QPA) and five additional circumstances to determine the appropriate out-of-network rate. The QPA represents the plan’s median in-network rate for the same or similar services, furnished in the same or a similar facility, located in the same or a similar geographic area, by a provider with the same or similar specialty. The five “additional circumstances” to be considered are: (1) the level of training and experience, quality and outcomes measurements of the provider; (2) the market share held by the provider and the health plan in the geographic area where the item or service was provided; (3) the “acuity” of the individual receiving the service and complexity of providing it; (4) the teaching status, case mix, and scope of services of the provider; and (5) the good faith efforts of the provider and insurer/health plan in attempting to enter into network agreements. In making its determination, the IDR arbitrator is precluded from considering the provider’s billed charges, the “usual and customary charges,” and the Medicare reimbursement rate.

The Rule, issued on September 30, 2021, identifies the QPA as the starting point for the IDR arbitrator’s analysis and requires the arbitrator to select the offer closest to the QPA unless additional information demonstrates the QPA is materially different from the appropriate out-of-network rate (that is, the rule creates a rebuttable presumption in favor of the QPA). If the IDR arbitrator selects the offer that is not closest to the QPA, the Rule require the arbitrator to describe the information it relied on in determining that the QPA was materially different from the appropriate out-of-network rate.

The Rule was immediately challenged by several healthcare providers and industry groups, including the American Medical Association and American Hospital Association, and the Texas Medical Association (“TMA”), the lead Plaintiff in the case. The TMA asked the Court to strike down the IDR provisions in the Rule, alleging that the Rule’s provisions conflict with the statutory language in the CAA by improperly creating a rebuttable presumption that the QPA is the appropriate out-of-network reimbursement rate. Alternatively, the TMA argued that the Departments, in promulgating the Rule, improperly bypassed the notice and comment period required by the Administrative Procedures Act (“APA”). The Court agreed with the Plaintiffs on both counts.

The Court vacated the portion of the Rule that creates a rebuttable presumption in favor of the QPA, holding that this portion of the Rule impermissibly “rewrites clear statutory terms” and, thus, must be struck down. The Court’s analysis compared the language in the CAA, which unambiguously requires IDR arbitrators to consider the QPA and the five other circumstances listed above, with the language in the Rule, which requires IDR arbitrators to “select the offer closest to the QPA” unless the other factors “clearly demonstrate that the QPA is materially different from the appropriate out-of-network rate.” The Court found the language in the Rule “places its thumb on the scale for the QPA” in contravention of the terms of the CAA and explained that nothing in the CAA instructs arbitrators to accord the QPA more weight than the other factors or suggests that other factors are less important than the QPA.

The effect of the Court’s decision is to set aside five portions of the Rule, all of which elevate QPA as a factor over the other circumstances set forth in the CAA as relevant when determining the appropriate rate at which out-of-network providers should be compensated for surprise medical bills. The remaining portions of the Rule (addressing the IDR process) continue in effect. The decision applies nationwide unless it is subsequently overturned by a Court of Appeals or suspended pending resolution of similar litigation.

The primary concern for group health plan sponsors is that the Court’s decision could lead to increased costs. The IDR party whose offer is not accepted must bear the costs of arbitration and not using QPA increases the likelihood that the health plan’s offer may not be accepted. In addition, even if the health plan is ultimately successful, increased complexity in the IDR process will likely result in slower adjudication of matters referred to IDR and an increased administrative burden. Because the QPA reflects median in-network rates, health plans may think rejection of QPA would lead directly to increased costs, but a recent Journal of American Medical Association (JAMA) Network Open study shows the negotiated in-network price may not be the best price for health services. Additional pricing data will likely be forthcoming following increased compliance with the hospital Price Transparency Final Rule and implementation of the public disclosure data under the Transparency in Coverage Final Rule, currently set to take effect July 1, 2022.

What you should know about the new law preventing surprise medical bills – NJ.com 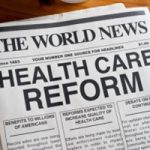 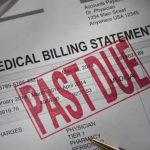 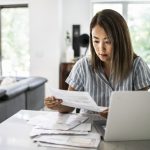 What you need to know about the new law aimed at ending surprise medical bills, and what it doesn't cover – PBS NewsHour 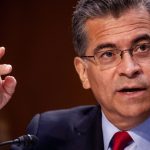 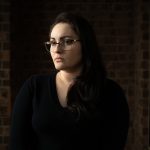 KHN’s ‘What the Health?’: On Government Spending, Congress Decides Not to Decide

← Lexus Gets The Memo, Will Develop Next-Gen RC Alongside GT3 Racer ← Rimac says Bugatti's next model will be 'heavily electrified'