Now that the final Acura NSX Type S has rolled off the assembly line, Acura technicians at its Performance Manufacturing Center don’t really have anything to build, or do. So, Acura gave them the TLX Type S to work with. The result is a 2023 Acura TLX Type S PMC Edition, built with the same handcrafted attention given to the NSX.

This isn’t the first time Acura has zhuzhed up a mainstream model at the NSX factory. Since 2020, Acura has released PMC-edition versions of the TLX, MDX and RDX, each with visual upgrades and an exclusive paint color.

For 2023, the TLX Type S PMC will be produced in limited numbers with a choice of three exterior colors this time around: Curva Red, 130R White, and the fantastic-looking Long Beach Blue. Other exterior visual upgrades include Berlina Black-painted trim accents, carbon fiber rear spoiler and diffuser, and blacked-out exterior badging. The look is complete with NSX-inspired 20-inch wheels painted in a copper finish.

Prime content
Add Showtime, Starz, Paramount+, Discovery, and more to your Prime Video account for less than $1 each for the first two months of your subscription.

Inside you get real carbon fiber trim, illuminated door sills, premium floor mats, and a flat-bottomed steering wheel. Leather seating includes Ultrasuede inserts and contrasting stitching depending on the exterior color with Long Beach Blue getting an Orchid-colored interior with blue stitching, 130R White gets a red interior, and Curva Red gets a black interior with red stitching. To mark the special edition/occasion, your car will also include an individually numbered serial plaque.

Acura says pricing and ordering will open up later this year, and I have no doubts this thing will cost way more than the $53,700 starting price of the regular TLX Type S. 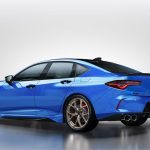 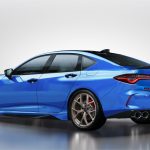 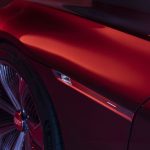 Cadillac Celestiq EV Will Be Hand-Built in Michigan 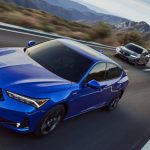 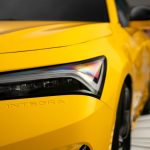 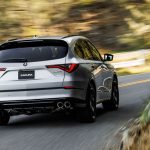 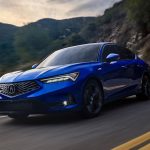 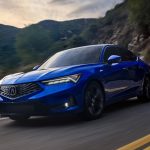