Porsche is adding a new appearance package to the 718 Boxster and Cayman called the Style Edition.It adds color-coordinated exterior elements and a few interior extras.We don’t have a final cost for the package, but it will be available to U.S. customers starting in 2023.

CLARIFICATION 11/2/22: Porsche confirmed that the 718 Boxster and Cayman Style Editions will be coming to the U.S. for the 2024 model year.

Porsche’s long list of individual options offers all sorts of ways to customize the look of your car, but certain styling packages like the new Style Edition versions of the 2024 718 Boxster and Cayman are like a shortcut. With a specially selected set of visual upgrades, these packages tie things together nicely, especially when combined with an eye-catching new exterior color like the Ruby Star Neo paint seen here on the Boxster.

The standard version of the Style Edition features black 20-inch wheels from the Boxster Spyder with colored center crests and black sport tailpipes. Inside, it adds a heated leather-wrapped steering wheel, floor mats with Chalk stitching, Porsche crests embossed on the headrests, and illuminated side sills. If you pay a bit more, you can also add black or white hood stripes and side graphics that match with either black or white wheels.

Porsche has yet to reveal U.S. pricing for these packages, but we reckon they will cost a few thousand dollars extra on top of base prices of $64,850 for the Cayman and $66,950 for the Boxster. They will be available for the base Boxster and Cayman, which come with a turbocharged 2.0-liter flat-four with 300 horsepower and either a six-speed manual or a seven-speed PDK dual-clutch automatic transmission. They’ll be available to order sometime in early 2023 and arrive at U.S. dealerships later in the year. 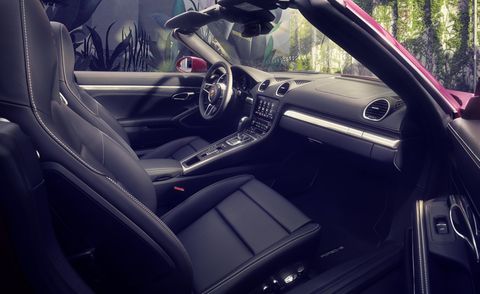 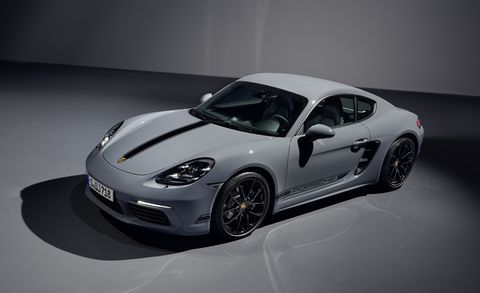