The seller of today’s Nice Price or No Dice B-100 says it’s the only panel version they’ve ever seen in the U.S. Let’s see if it’s priced to soon be seen in a new owner’s driveway.

Yesterday’s 2003 Porsche 911 Carrera 4 convertible had a lot going for it. Most of its foibles had already been addressed, it looked well kept in the pictures, and it wore a fairly new set of tires. At 142K, however, it also had a lot of miles on the clock. That seemed to temper interest in the car even at its $23,500 asking price. Ultimately, the pluses outweighed the minuses, giving the AWD Porsche a 62 percent Nice Price win.

As enthusiasts, we often lament the cars and trucks denied to our particular market. The Federal 25-year rule offers some salve to that distress, but even that doesn’t address the costs and machinations required to transport a car from one continent to another when you’ve got something as big as an ocean in between. But what if the vehicle you want—one that was never sold in your particular country—was right next door?

That’s the case with today’s 1975 Ford B-100 Panel Truck. While based on the F-Series, which has been sold in the U.S. since like forever, the Carryall line has remained exclusive to Latin American markets. Why did Ford choose not to bring the two, three, and four-door wagons to its largest and most profitable market? Who knows. Maybe, in the spirit of competition, Ford fretted that the Carryall line would spell certain doom for GM’s Suburban trucks.

For whatever reason, this clever and handsome B-100 panel is here as a private party import, and according to the seller, it may be the only one on U.S. soil.

As noted, the base for this truck is Ford’s F-Series, and everything on it from the B-pillar forward will be very familiar to fans of the brand. Behind that, though, is an enclosed and windowless cabin with utilitarian double doors.

The paint looks like a reasonably recent respray and the truck rolls on polished alloy wheels that give it a clean appearance. All of the glass appears to be intact, as do all the lights, with, notably, the tail lamps looking like they came off a contemporary Dodge pickup. Per the seller, the truck is in great shape and is not a “rust bucket.”

The drivetrain is comprised of a 302 CID V8 paired with a four-speed manual gearbox featuring an ultra-low first. Power steering has been added, however, the truck has neither A/C nor heat installed. Standard F-Series parts should fit in either case.

The cabin is spartan, offering just the basics and a snaky shift lever sprouting from the rubber-clad floor. There are a pair of cloth-covered seats up front, as well as a third, occasional seat in between those. Nothing about the interior looks out of sorts and the seller presents it honestly.

According to that seller’s description, this B-100 originally served a family business “deep in Mexico.” The business must have not required much of the truck since it only has 59,995 miles on the odo. Some of that mileage was likely making its way across the border to the U.S. where it now lives with a clean title and an Arizona registration.

The asking price for this simple and fairly exclusive truck is $19,500 and the seller touts that another Carryall nicknamed “El Chapo” sold at auction for more than ten times that amount.

It should be noted that this particular truck was bid up to $27K on Bring a Trailer back in March of this year, seemingly without a sale.

What do you think, is $19,500 a fair price now for the truck as it’s presented in the ad? Or, is this a Carryall with a price that makes it not worth caring about?

Help me out with NPOND. Hit me up at rob@jalopnik.com and send me a fixed-price tip. Remember to include your Kinja handle. 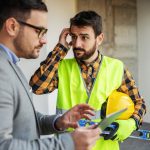 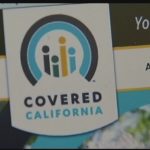 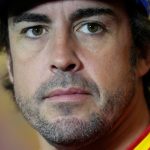 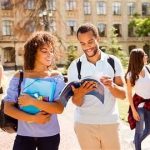 Things to consider when it’s time for college 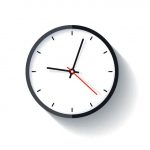 Time and Trouble: The Psychology of Direct-to-Consumer Life Applications 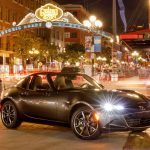 The Mazda Miata Is Invincible 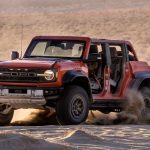 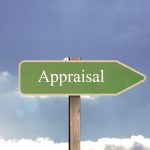