BMW has pulled the sheets off its new livery for its M Hybrid V8 hypercar for the 2023 IMSA endurance racing season. And while the company was at it, the car’s drivers were also revealed. We’ll get one thing out of the way from the start – the livery is very “M.” The car is set to enter the inaugural IMSA GTP class at the 2023 Rolex 24 at Daytona in January.

I gotta say, it’s a pretty car. The huge M logo on the side of the car makes it unmistakably a BMW and so does the large and in charge kidney grille (that lights up) upfront. Right above the right kidney is another M logo set at an angle. If that wasn’t enough BMWness for you, it’s even got a Hofmeister Kink, which is more than some of BMW’s road cars can say.

Powering the M Hybrid V8 is – you guessed it – a hybrid V8. Specifically, it’s powered by the P66 V8 (borrowed from the 2018 M4 DTM) with a couple of turbos added for extra fun. It’s mated to an IMSA-specific hybrid system. In total, the unit makes about 640 horsepower and 478 lb-ft of torque. It also redlines at 8,200 rpm, which will surely do the job.

BMW announced its four drivers behind the wheel of the M Hybrid V8 for next season: Conner De Phillippi, Philipp Eng, Augusto Farfus and Nick Yelloly. They’ll run two separate cars with start numbers 24 and 25. De Phillippe and Yelloly will be one pairing, with Eng and Farfus being the other team. The teams will get support at the four U.S. IMSA endurance races at Daytona, Sebring, Watkins Glen and Road Atlanta.

Porsche, Acura and Cadillac are other companies taking the dive into the new GTP class in 2023. Not wanting to miss out on too much of the fun, Lamborghini and Alpine will join in 2024. 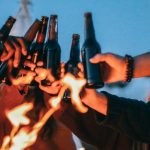 Should I give my teen alcohol? Just a sip, the whole can, or none at all? 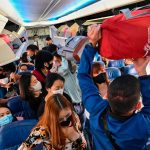 It's Time to Get Rid of Overhead Bin Space on Airplanes 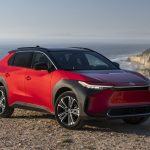 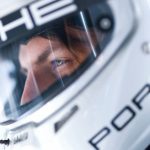 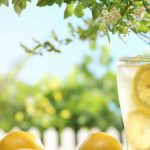 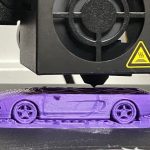