The Zeekr 009 is a new electric minivan built by Geely, which also owns Volvo, Polestar, and Lotus.The 009 packs either a 116.0- or 140.0-kWh battery, and the dual-motor setup produces 536 horsepower and 505 pound-feet of torque.The interior features a 15.6-inch screen for the second-row captain’s chairs and a 20-speaker Yamaha surround sound system.

While Volvo’s path into the era of electric cars is being led by a slew of SUVs—from the XC40 and C40 Recharge to the upcoming full-size EX90—another brand owned by Volvo’s parent company Geely is taking a different approach. Zeekr, sold exclusively in the China market, started production of its first EV last year, with the 001 taking the form of a slinky station wagon. Now Zeekr has revealed its second electric vehicle, the 009, which arrives sporting a block minivan body with brutalist styling.

The 009 rides on the same platform as the 001, which also underpins the Smart #1. Two versions of the electric minivan are available. One packs a 116.0-kWh battery that provides 436 miles of range, and upgrading to a massive 140.0-kWh battery nets 511 miles of range on China’s test cycle, which typically produces more optimistic results than the test run by the EPA. Zeekr claims the 116.0-kWh battery can recharge from 10 to 80 percent in 28 minutes. The 009 also shares the dual-motor powertrain found in the 001, giving the all-wheel-drive minivan 536 horsepower and 505 pound-feet of torque. That’s enough shove to scoot this brick to 62 mph in 4.5 seconds. 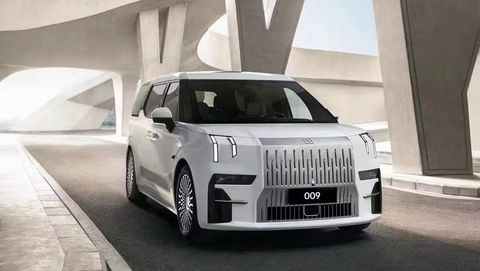 Along with impressive performance figures, the 009 stands out thanks to its unorthodox design. The blocky front grille features a series of vertical LED light strips and a shiny chrome finish, and while the front lights are a simple upside-down U-shape, the taillights feature dozens of intricate LED units. Despite the chunky styling, Zeekr claims a drag coefficient of 0.27 for the 009. The 20-inch wheels are supported by an unequal-length control arm suspension up front and a multi-link design in the rear and air suspension all around. 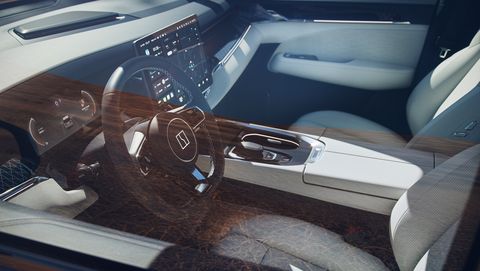 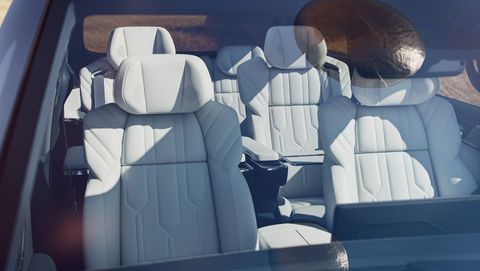 With the 009 stretching 205 inches long, its interior is cavernous and luxurious, with space for six and leather-wrapped, massaging captain’s chairs in the second row. The dashboard centers around a 15.4-inch touchscreen, with a 10.25-inch screen in place of a gauge cluster, while the second row is treated to a 15.6-inch ceiling-mounted screen. There’s also a 20-speaker Yamaha surround sound system. The 009 is dripping in futuristic tech, with voice and face recognition, an artificial-intelligence virtual assistant, and 30 advanced driver-assistance systems operating via a dozen cameras and 13 radar sensors.

The 116.0-kWh version will start at the equivalent of $68,450 at current exchange rates, while the 140.0-kWh 009 will cost $80,660. Deliveries are to start in January, and while the 009 will most likely never reach U.S. shores, we hope that the outside-the-box thinking migrates to Geely’s other brands: Volvo, Polestar, and Lotus.

February 4, 2023 InsuNews
← A couple years ago you guys helped me pick a plan – I need your help again ← Polestar gets $1.6 billion boost from Volvo, other big stakeholder