The contract dispute between Chip Ganassi Racing and Álex Palou that began two weeks ago with a pair of contradicting announcements is now headed to a courtroom. Ganassi has filed a civil lawsuit against its reigning IndyCar champion in Marion County Superior Court, the local court with jurisdiction over Indianapolis, Indiana.

In the inciting announcement, Chip Ganassi Racing states that it was exercising an option in Álex Palou’s contract to retain his services for the 2023 season. Meanwhile, Palou and McLaren announced that he would be departing Ganassi for McLaren. Option contracts are far more common in bat-and-ball sports, where team option contracts (presumably similar to Palou’s) give the employer the right to unilaterally extend the duration of an employee’s contract under predetermined terms agreed to by both parties.

The exact details of this suit are not known, as Ganassi filed a motion to seal the complaint and several exhibits supporting its case from public access. The exhibits that are publicly available include tweets and a press release from Álex Palou and McLaren, establishing that Palou did in fact contractually agree to drive for McLaren in 2023. The matter of whether the Spaniard was contractually allowed to make such an agreement with another team will be decided in court. With Ganassi no longer interested in keeping Palou next season, a legal victory for the team could lead to the 2021 IndyCar champion being sidelined from racing in 2023.

Chip Ganassi Racing sent an email statement to the Indianapolis Star in regards to the suit:

Alex Palou is under contract with Chip Ganassi Racing through the end of the 2023 season. He is a valued member of our team, and we will continue to support him in chasing wins, podiums, and IndyCar championships. As the result of a competing racing team improperly attempting to contract with him notwithstanding the clear terms of our contract, we are proceeding to legal process pursuant to the contract.

In the weeks since the dispute began, attention and criticism has shifted towards Monaco Increase Management, Palou’s management team. Palou made statements claiming that he’s not really knowledgeable about his contractual issues, but expects his people to handle it for him, and that he is completely within his rights to leave Ganassi.

On the team’s side, Ganassi has revoked Palou’s remote access to engineering data. We know part of Palou’s motivation was the opportunity for him to move into Formula 1 with McLaren. However, McLaren hasn’t stated precisely where Palou would drive for them in the 2023 season. The 2021 IndyCar Series champion could likely remain at IndyCar, driving for a team in direct competition with Ganassi. 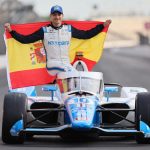 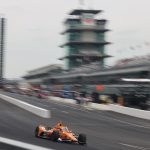 How to Watch Formula 1, IndyCar, NASCAR, and Everything Else in Racing This Weekend, May 20-22 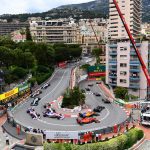 How to Watch IndyCar, Formula 1, NASCAR, and Everything Else in Racing This Weekend, May 27-29 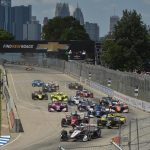 How to Watch IndyCar, NASCAR, Formula E, and Everything Else in Racing This Weekend, June 3-6 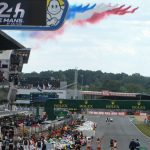 How to Watch Le Mans, NASCAR, IndyCar, and Everything Else in Racing This Weekend, June 10-12 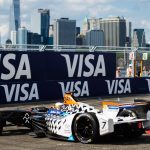 How to Watch Formula E, NASCAR, IndyCar, and Everything Else in Racing This Weekend, July 15-17 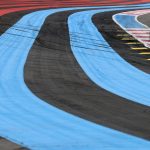 How to Watch Formula 1, NASCAR, IndyCar, and Everything Else in Racing This Weekend, July 22-24

← Public transport strikes – your employment rights if you are unable to get to work ← HELP: my insurance incorrectly told me I had a $20 copay for mental health services, turns out they were looking at the wrong insurance plan and now I have a hefty bill. What can I do?