That’s because while living and working in New York, I today found myself nodding along with something Red Bull team boss Christian Horner was saying in an interview. This is the same Christian Horner who came out with such quips as: 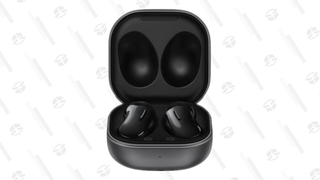 So what’s changed? Why is F1’s most vocal team manager suddenly talking sense? Well, it’s all to do with the future prospects of one of his team’s former drivers, Daniel Ricciardo.

In case you’ve been living under a rock for the past few weeks, Formula 1’s annual game of musical chairs, which sees teams switch out their drivers for the next season, has been pretty hectic this year.

Things kicked off when four-time world champion Sebastian Vettel announced he was retiring from F1, which freed up a seat at Aston Martin. This was quickly pounced on by Fernando Alonso, who announced he was leaving French team Alpine.

Then, things went into overdrive when Alpine said it had signed F2 champion Oscar Piastra for 2023, only for the young Australian to say that actually, it hadn’t. Piastri was soon signed by McLaren, which kicked out his fellow Aussie, Ricciardo.

Now, the eight-time race winner is stuck without a drive for next year and finds himself lurking around the likes of Haas, Williams and Alpine for the final seat in the team.

And this is where Horner comes in.

Speaking on the Beyond the Grid podcast, Horner was asked about Ricciardo’s prospects now that he’s facing the real possibility of a year on the sidelines. During the show, host Tom Clarkson asked Horner if he was in charge at Alpine, would he sign Ricciardo to the team? According to The Express, Horner replied:

“I think I probably would to be honest with you. They obviously know him from a couple of seasons ago and he was very together during his last season there, scoring podiums, and I think he’s the type of guy that, I think you could rebuild him.

“It’s obviously not been a great experience for him [at McLaren] for whatever reason but you just have to think back to some of the drives that he did for us, some of the wins he had, the podiums, some of the stunning overtakes he was capable of… that’s still in there I’m sure, he just needs a bit of a reset.”

And while hearing the Brit say this, I found myself nodding along. Not because I’ve got a soft spot for Ricciardo, but because I genuinely think he would be a good fit for the team.

Since his fortunes began to turn at McLaren, many in the media have passed off the last four years as a failure for the Australian as he walked away from his race-winning ways at Red Bull. But at Renault, which has since morphed into Alpine, Ricciardo had some impressive weekends.

In his first year at Renault, Ricciardo peaked with a fourth place finish in a year where six other cars on the grid were faster than his. What’s more, he outclassed teammate Nico Hülkenberg, who had been with Renault since 2017.

Then, once Ricciardo got into his stride with the squad in 2020, he picked up two podiums and finished the season in fifth with almost double the points of his new partner, Esteban Ocon.

And sure, the ensuing years with McLaren haven’t gone as well as Ricciardo might have hoped, but he’s still the first McLaren driver to win a race since Lewis Hamilton back in 2012.

So yes, Horner is right to say that Alpine should seriously consider re-signing the 33-year-old Australian. Especially when the other options appear to be ex-Alfa Romeo driver Antonio Giovinazzi, Mercedes Formula E racer Nyck de Vries and IndyCar driver Colton Herta, who doesn’t yet have the super license points required to race In F1. But that’s a travesty for a whole other blog.

But don’t worry: shortly after coming out in support of Ricciardo, Horner was back to his batshit Mercedes/Lewis Hamilton bashing ways later on in the interview. I guess harmony in the universe has been restored.

Does South Carolina require you to have health insurance?

How much is Medi-Share monthly?

Is American Family Life Assurance Company (AFLAC) right for you?

What is gap insurance and why would you pay for it? 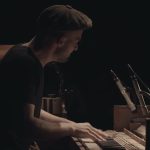 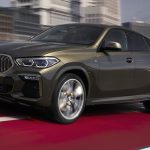 Insurance for Cryptocurrency Companies: What You Need to Know 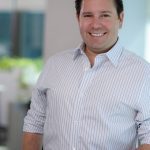 ← Debate: Is Defaulting 401(k) Participants Into Annuities in Their Best Interest? ← This off-roading vehicle is designed for everyone