Whether you are looking for a new vehicle that will be inexpensive to run or you want to reduce your CO2 emissions, you might be looking at an electric car for your next purchase.

Electric vehicles, or EVs, provide many advantages over conventional gasoline cars, but there are some drawbacks as well. Before you take the plunge, here are the things you should know.

Shifting From Conventional to Electric

Electric cars have existed for a long time, but they’re growing rapidly in influence and popularity these days. Many countries around the world, and some states in the U.S., have announced plans to ban sales of new gasoline vehicles within the next decade or so. Electric-vehicle sales in the U.S. have also risen, with an uptick of 60 percent in EV registrations in the U.S. in the first quarter of 2022. They still only make up 4.6 percent of the overall new-car market, but that number will likely continue to climb in the coming years.

If you’re considering joining this trend and purchasing an electric vehicle, you should understand how EVs differ from the internal-combustion vehicles we’re used to, both in terms of cost and the ownership experience.

When people refer to electric vehicles, they’re typically talking about Battery-Electric Vehicles (BEVs). These are solely powered by electricity. They use a large battery pack that supplies energy to an electric motor (or multiple motors) to power the vehicle. Think of the battery pack as the gas tank and the electric motor as the engine. Current popular BEV models include:

Hybrid vehicles also use electric motors, but in combination with gasoline engines to power the car. The difference between a hybrid and a plug-in-hybrid electric vehicle (PHEV) is right in the name: a PHEV’s battery can be charged by plugging in and is typically much larger than a hybrid’s battery pack, which means it can provide meaningful electric-only range (typically 10 to 50 miles). Hybrid Electric Vehicles (HEVs) cannot be plugged in and instead use the gasoline engine to recharge the battery pack. Many vehicles sold today offer both hybrid and nonhybrid models.

The difference in cost between owning and operating an electric car compared with a gasoline car is one of the most important considerations. There are several factors you’ll need to think about, including the cost of fuel and maintenance, as well as the overall purchase price of the vehicle itself.

Electric cars tend to be more expensive to buy upfront. For instance, the electric 2023 Volkswagen ID.4 starts at $38,790 while the similarly sized, gasoline-powered Volkswagen Tiguan starts at $27,785. However, as electric vehicles become more mainstream, the upfront cost difference is declining and there are far more affordable options to choose from. An electric vehicle tax credit, including up to $7500 that can be claimed on your federal tax return, may also help you save on your purchase. There are also state and local incentives.

The most obvious difference between electric vehicles and gas-powered or internal-combustion-engine (ICE) vehicles is that EVs require electricity, and gas cars run on gasoline.

While the price of gas varies over time and location, the national average for a gallon of regular gas was $4.19 in August 2022. If a standard gasoline car holds about 14 gallons on average, that means it costs just under $60 to fill up. Fuel-efficient vehicles travel more miles per gallon, meaning they need to be filled up less often and cost you less per mile.

Regardless of these differences, electric cars are often cheaper to run than gasoline cars because of their better energy efficiency. The EPA estimates that the electric Kia EV6, for instance, would cost $550 to fuel over the course of a year, while the gas-powered Kia K5 would cost $1950 to fuel. This estimate is based on driving 15,000 miles per year and current fuel and electricity prices, and assumes all charging happens at home. If you plan to do a lot of public fast charging, that cost will rise. To take it to the extreme and assume all charging is done at public fast chargers (an extremely unlikely scenario), the annual total rises to $1850 per year, nearly equaling the gas-powered K5’s estimate, using Electrify America’s current rate of $0.43/kWh.

While gas vehicles’ driving range depends on the size of the gas tank and fuel efficiency, refueling is as easy as stopping at a gas station for a few minutes at a time. Electric cars generally lag behind in terms of driving range but have made great strides in driving range and charging in recent years. Indeed, in our 75-mph highway-range test, a Lucid Air Grand Touring is the first to go more than 400 miles. Many of today’s EVs are estimated to go over 300 miles on a charge, and fast-charging capabilities allow you to regain a significant number of miles in a matter of minutes. But long-distance drives may still require some planning, as you’ll have to figure out where charging stations are along your route and how long you’ll have to stop to replenish the battery.

Electric vehicles also tend to have lower maintenance costs, as electric motors and batteries require less routine care than gasoline engines do. They don’t require regular oil changes, for instance. Of course, there are still day-to-day expenses such as auto insurance, tire rotations, and brake maintenance that both gasoline cars and EVs require. We’ve previously calculated that the cost to maintain an EV can be around a third of the cost to maintain an equivalent gas car over a period of five years. 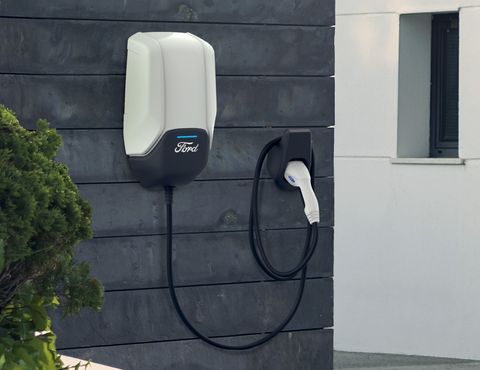 Another way to evaluate the differences between gas cars and EVs is to look at the driving experience. Because electric motors function so differently from internal-combustion engines, you might be surprised at how an electric car feels to drive the first time you get behind the wheel.

Generally speaking, electric motors make their maximum torque at 0 rpm; this makes their acceleration feel more instantaneous at low speeds than gas-powered c. EVs are often quicker than gasoline cars, but they’re not always faster. This means that they can go from, say, 30 to 50 mph far more quickly but that their top speeds are often lower than gas cars’.

In terms of vehicle selection, gasoline cars still come out ahead, with hundreds of different models offered. There are only about 30 purely EV models offered by manufacturers to choose from. But the variety of electric vehicles has increased dramatically and there are now electric pickup trucks, electric luxury vehicles, and many different electric SUVs on sale in the U.S. Many more EV models are slated to arrive within the next few years, which will expand the palette further.

If you’re considering buying an electric car vs. a gas car, there are a number of issues to consider, including overall cost, emissions, and vehicle selection. Keep these in mind as you shop for your new car.