Fintech opens up a market for banks: Lending against life insurance

Many people buy whole life insurance as protection for their beneficiaries after they die. Josh Wyss also sees it as a savings vehicle during his lifetime.

Unlike with term life insurance, which covers a specific period of the policyholder’s life, whole-life policyholders can borrow against the cash value of their policies when they need income. The money isn’t taxed while it is compounding inside the policy, nor is it taxed when it is taken out as a loan.

“Particularly people who don’t have whole life themselves think that people enter whole life policies only thinking about the death benefit,” said Wyss. “That is simply not true.”

After borrowing against his life insurance for 12 years, Wyss has found much room for improvement in the process.

For both user and provider, “It’s very painful,” he said. “There is no technology and it takes a long time to get one of these lines set up.” So painful, in fact, that the bank he borrowed from informed him in March 2020 that it would not be renewing his line of credit and was pulling out of the market entirely.

“They said that the origination, servicing and the collateral management is cumbersome and manual, mainly because you have to interface with whole life carriers with ancient systems, and the amount of people they had to throw at this business over time to administer it became unwieldy,” said Wyss. “That was an ‘aha’ moment for me.”

Wyss co-founded a fintech called Inclined that helps banks participate in this form of lending. Although the asset is extremely low risk for the lender, because the cash value of the policy serves as collateral, Wyss’s research has found that only a few banks in the country underwrite lines of credit against whole life policies. He estimates 90% of the market for these loans is conducted through the life insurance carrier.

Inclined, which announced on Friday that it had raised $15 million in its Series A funding, aims to solve this problem for banks. It already has Mechanics Bank in Walnut Creek, California, onboard, and two to four more financial institutions are expected to launch in the coming quarters. Some are attracted to the lossless characteristic of the loan, while others hope these loans will seed new customer relationships, according to the company. Wyss believes that banks are better equipped than whole life carriers to make these loans because they have a lower cost of funds than mutually organized insurance carriers.

“We are looking to partner with banks that want to make this a scalable line of business,” said Amir Friedman, chief capital officer at Inclined. “These are banks that have an interest in standing up a new division of consumer lending.”

The $18.6 billion-asset Mechanics Bank is both an investor in and launch partner of Inclined.

“The deeper we delved in, the more we liked it from a bank perspective,” said Carl Webb, chairman of Mechanics. Beyond the low risk of losses, “It serves an underserved market in the consumer lending space. It’s a very unique space.”

Inclined’s software will sit between whole life carriers, currently Northwestern Mutual and MassMutual, and financial institutions. Whole life advisors will invite their clients to Inclined’s portal, where clients can apply for a loan collateralized by their whole-life policy. Inclined runs compliance and regulatory checks and ensures there is collateral to support the line of credit, while financial institutions that Inclined partners with on the other end originate the loans on their balance sheets. The financial institutions will approve the credit policy and exercise oversight of it.

“These are not loans that are originated and sold to a bank because they’re not term loans,” said Wyss. “They’re dynamic lines of credit that live on for years as long as the client wants it.” Inclined’s software does not have the ability to charge any fees, including origination fees, late fees or collections. The fintech will make money by charging platform fees to its financial institution partners.

Still, there are disadvantages to the consumer or their beneficiaries. If the policyholder dies before repaying the loan, the insurance company will reduce the death benefit by the amount they owe.

“They brought the technology piece, we brought the balance sheet and blueprint for a bank-grade asset,” said Webb. “We’re in it because we like the asset class, the risk profile and the ability to scale it.” 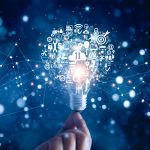 Where digital transformation goes wrong for the P&C industry

How to Buy Your First Car 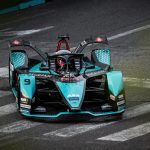 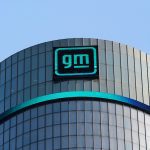