Hurricane Ian gave Florida a deadly beating, but the insurance entities the state created for such eventualities remain in good shape, officials say.

Hurricane Ian made landfall in southwest Florida on Sept. 28 as a Category 4 hurricane. Florida officials report 130 deaths in the state. Risk modeling and solutions firm RMS estimates total private market insured losses from Hurricane Ian to be between US$53 billion and US$74 billion, with the best estimate of US$67 billion.

As of Oct. 26, state agencies in Florida expect to spend around $1.8 billion in response to the hurricane, according to an investor update the state released Thursday. The state warns the estimate is only preliminary and will continue to develop over time.

Despite the massive losses, the Florida Hurricane Catastrophe Fund and Citizens Property Insurance Corp., which the state government created to stabilize the homeowners insurance market in Florida, are working just as expected, said Ben Watkins, director of the Florida Division of Bond Finance.

“They are both in very strong financial position and will be able to pay or reimburse insured losses without difficulty,” Watkins told The Bond Buyer. “No bonding will be needed to pay for Ian-insured losses. The need for bonding in future years for future storm losses is nothing but baseless speculation.”

State emergency response expenses will be submitted to the Federal Emergency Management Agency for reimbursement. Florida has received approval for 100% FEMA reimbursement for the first 60 days of the disaster period for debris removal and protective measures.

Florida will be responsible for some of the storm-related expenses of its counties and part of the cost of individual assistance provided by FEMA. Estimates for this are not yet available, the investor update noted.

“It may be some time before we move from damage estimates and preliminary actual filed claims to a final set of numbers,” John Hallacy, founder of John Hallacy Consulting LLC, told The Bond Buyer.

“The FHCF has $8.4 billion of bonding capacity over 12 months and an investment portfolio of $16 billion. On its face, there should be ample capacity to pay under a number of scenarios,” Hallacy said. “Citizens is facing $2.6 billion of claims and possess a substantial claims paying war chest of $13.6 billion.”

The Cat Fund was bolstered in 2020 with bond proceeds from a deal that was upsized to $3.5 billion amid market conditions then favorable to issuers.

In advance of the storm, Gov. Ron DeSantis declared a state of emergency, which provided the spending authority to meet financial needs resulting from a disaster and the federal government approved his request for a declaration of a disaster emergency.

Federal support for to Florida has totaled $1.74 billion so far, the White House said on Tuesday.

While the total net fiscal impact is unknown, the state said it has sufficient reserves to fund recovery efforts and sufficient liquidity to cover expenses in advance of the FEMA reimbursements.

As of Sept. 30, the state’s treasury had $52.9 billion in state funds available to provide liquidity needed to fund expenses.

Florida is rated triple-A by Moody’s Investors Service, S&P Global Ratings and Fitch Ratings. It has about $17 billion of debt outstanding.

In addition to the Cat Fund and Citizens, the Florida Insurance Guaranty Association was created in 1970 to handle the claims of insolvent property and casualty insurance companies.

The Cat Fund’s current modeled loss estimates by the state from Ian range from $4 billion to $12 billion, with a preliminary and conservative point estimate of $10 billion, according to the state’s Oct. 27 disclosure. These preliminary estimates are based on the outputs of multiple models and subject to material change as better data becomes available and insurers begin to pay claims. 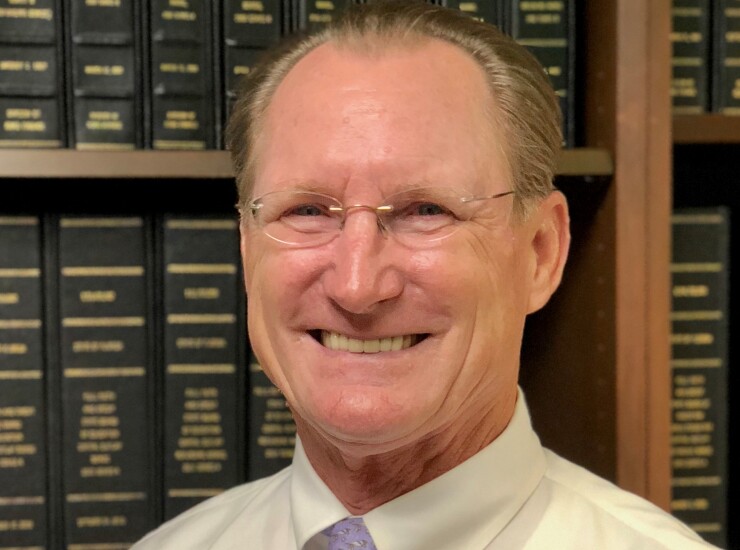 “No bonding will be needed to pay for Ian-insured losses,” Florida’s bond finance director, Ben Watkins, said of the two state-backed insurance entities.

The state noted several times that there was significant uncertainty regarding loss estimates and said there was no guarantee actual losses would be within the projected ranges.

“Undue reliance should not be placed on the loss estimates,” the presentation stated.

As of September, the fund’s liquid resources were net of $9.25 billion related to Hurricanes Irma in 2017 and Michael in 2018, consisting of $7.86 billion in paid losses and $1.39 billion in loss reserves.

The Cat Fund collects reimbursement premiums from participating insurers that total more than $1.2 billion a year and can also levy assessments on most property and casualty lines of insurance in the state to support its debt.

Citizens also remains in a strong financial position, the investor update noted, with estimated total claims-paying capacity of $13.6 billion for all three of its accounts — $6.8 billion of surplus, $4.1 billion of FHCF coverage, $2.5 billion of private risk transfer and $275 million of pre-event bond proceeds.

Citizens maintains strong liquidity to pay claims, with $9.8 billion in cash and invested assets as of June.

Citizens’ three accounts — Coastal, Personal Lines and Commercial Lines — are financially independent of one another and have separate claims-paying resources and capacities. Current modeled losses from Ian for all three Citizens accounts range from $2.3 billion to $2.6 billion with an estimated 100,000 claims.

The Florida Office of Insurance Regulation monitors the financial condition of the property insurance market, with a focus on identifying companies that may face financial difficulties.

As of Oct. 26, preliminary data shows 587,693 total claims, with 410,251 of those being residential property claims, with a total estimated insured losses of $7.6 billion. This data is currently being updated daily and is expected to materially increase as additional claims and losses are reported.

“Once again, under reasonable assumptions, assets and bonding if necessary should cover any exposure. We will only have a higher degree of certainty as time goes on,” Hallacy said.