Japanese automakers often reserve their best stuff for the home market. The number of incredibly cool, quick and exciting cars that were never sold in the United States is enormous. Fortunately, we occasionally get a peek into that world when a special Japanese car lands on our shores. In the late 1990s, we a version of the athletic Toyota Altezza. Known as the Lexus IS 300 here, the car came to America with the legendary 2JZ-GE inline-six (the non-turbo cousin of the fourth-generation Supra engine), rear-wheel drive and an available manual transmission – the perfect formula for an enthusiast’s sedan.

Why is the Lexus IS a future classic?

Simply put: There are no other modern Japanese sedans that offer the same formula as the early IS. 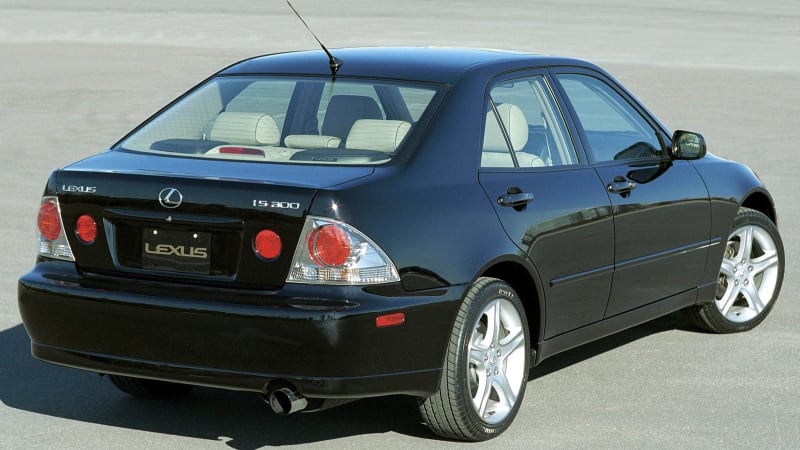 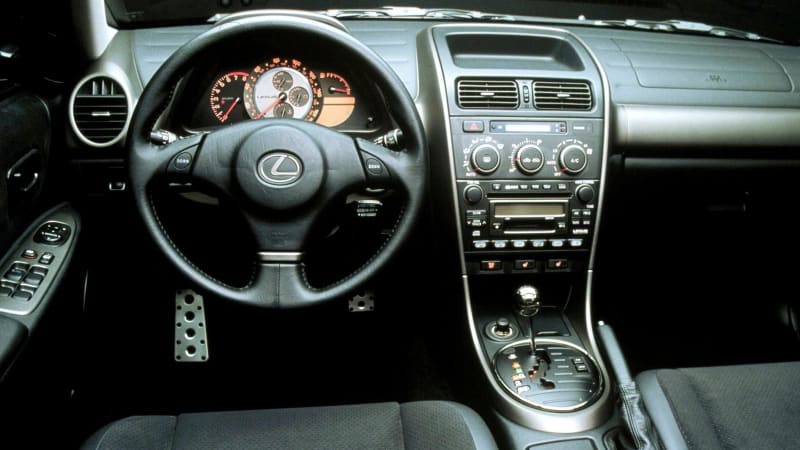 The Lexus IS is still around today, but other than a brief flirtation with V8s in the mid-2000s IS F and the most recent IS 500, the car’s performance potential has gone untapped. After the first two generations, the IS got clunkier and heavier and struggled to compete against the heavy artillery from Germany and elsewhere.

First-generation IS models are highly desirable for this reason. The 2JZ engine is famously easy to massage into an absolute powerhouse, and the nimble rear-wheel drive setup makes the car a joy to drive. Lexus didn’t start adding tech like a backup camera and Bluetooth until later in the second generation, so all first-gen cars are as simple as it comes with the IS.

Interestingly, that 2JZ engine was specific to the U.S.-market IS. In Japan, the Altezza was also available with a four-cylinder. It was a version of the 3S-GE that made 207 horsepower at a seriously high 7,600 rpm, just shy of the 215 horsepower of the American-market 2JZ. For more intrepid engine swappers, this is another popular choice.

Additionally, the car is clean, but muscular with its styling. It was instrumental in popularizing clear tail lights, too, which you may have heard referred to as “Altezza” lights, like its Japanese twin. The interior was particularly sporty-looking in a new-millennium way with its gauge faces styled like high-end chronograph watches and the gleaming spherical chrome shift knob.

There are safer, quicker and certainly more advanced cars, but the tech and safety equipment can get in the way of the driver-car connection. Add to that the 2JZ engine’s tuner appeal and the car’s timeless good looks, and you’ve got a winning recipe. The cars are also nearly bulletproof from a reliability standpoint, furthering their appeal. On the flip side of that coin, many people bought early IS cars and drove them into the ground, so it’s exceedingly difficult to find one with fewer than 200,000 miles and without notable wear and tear.

What is the ideal example of the Lexus IS?

The Lexus IS 300 was initially offered only with a five-speed automatic transmission, but it got a manual starting in 2002. The first generation only ran through 2005, so the manual is the rarest and most desirable configuration. You’ll pay significantly more for a car with a manual gearbox, but they are by far the most enjoyable examples around. Second is the IS wagon, offered for a few years here in the U.S., but only with an automatic transmission. If you’re handy and dedicated, a transmission swap wouldn’t be out of the question. 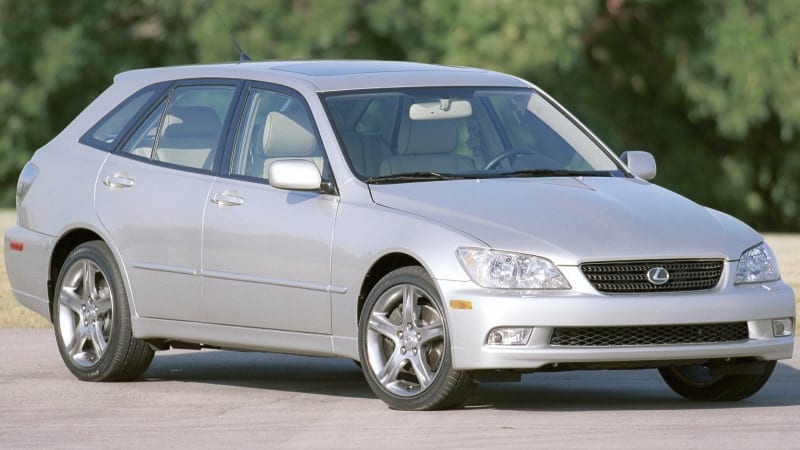 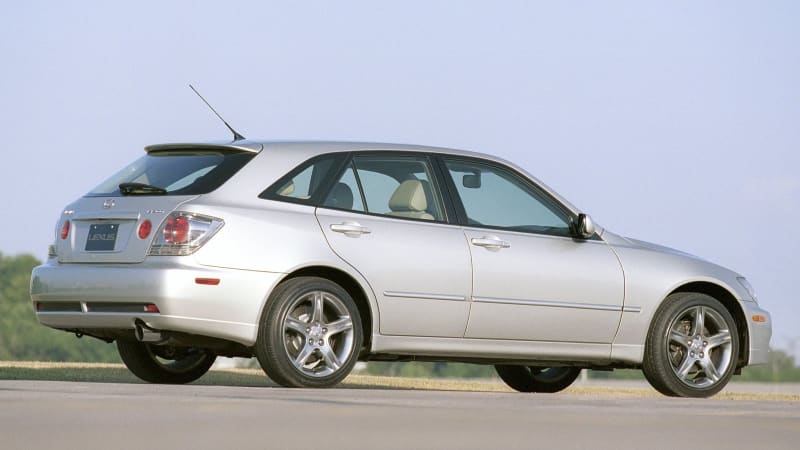 Since the condition is such a wildcard with these cars, the best advice is to find the best, most stock example you can afford. With such a desirable engine under the hood, every wannabe mechanic that could afford one jumped on the wagon and started tossing mods around. Finding an IS that either hasn’t been “done up” or that has very few amateur mods is difficult but worth the struggle.

Our used vehicle listings can be helpful to find a good deal near you. Narrow the offerings down by a radius around your ZIP code, and pay attention to the deal rating on each listing to see how a vehicle compares with others in a similar area.

Are there any good alternatives to the Lexus IS?

If the IS isn’t quite your speed, or you want an option if you can’t find a good one, there are a few compelling choices. Most come from Germany, where Mercedes-AMG has been cranking out hot sedans for years, though you’ll need to go a few years back to get one with rear-wheel drive only. The BMW M cars are also another great alternative, and you’ve got several years to choose from to find a rear-drive example with a manual transmission. The M3 and M5 have both been offered with various all- and rear-wheel drive powertrain configurations, so it’s easy to find one for sale. Even regular 3 Series models with straight-six engines were available with manual transmissions and a healthy amount of power, so would be excellent options, too.

The Infiniti G35 is also a great alternative, though its VQ engine does not sound as good as a 2JZ. The upshot is that the Infiniti can be tuned for incredible power and offers rear-wheel drive. The G35 was available with a six-speed manual, and Infiniti offered all-wheel drive in the G35X.

If you’re adventurous and want to go down the tuning rabbit hole, the Cadillac CTS-V’s Corvette-derived V8 can put out massive power, but like the IS, finding one without massive miles or tons of mods is difficult. The early CTS-Vs also had well-known points of failure around specific drivetrain components, so it’s essential to do your research to find a good one. The interior of the first-generation car also looked and felt very cheap.