Since police, prosecutors and state insurance fraud investigators are seldom willing to arrest or prosecute insurance fraud perpetrators it is necessary for insurers to be proactive and sue those who attempt or succeed in defrauding insurers.

Stafford Renal LLC (Stafford) and its owner Mike Ogbebor, received insurance payments from the plaintiffs, Connecticut General Life Insurance Company and Cigna Health and Life Insurance Company (collectively, “Cigna”), for dialysis Stafford claims to have administered to two Cigna plan members. Cigna alleged that Stafford was not licensed to provide, and in fact, did not provide these dialysis treatments.

After Cigna filed its complaint Ogbebor submitted an answer on behalf of both defendants. The trial judge struck this answer with respect to Stafford because Ogbebor as a non-lawyer could not represent in court a limited liability company such as Stafford. Cigna then moved for a default entry against Stafford, which was granted based on Stafford’s failure to appear or respond.

As for Ogbebor, he has failed to object or respond in any way to Cigna’s discovery requests. Ogbebor  also failed to respond to a motion to compel discovery, despite the Court’s discovery order warning him that such failure might result in sanctions including default judgment. Cigna now moves for default judgment against both Stafford and Ogbebor.

Because Stafford has altogether failed to respond and Ogbebor has responded but willfully failed to comply with his discovery obligations, the trial court accepted the allegations in Cigna’s complaint as true with respect to both defendants. On those facts, Stafford and Ogbebor are liable to Cigna for submitting fabricated claims on behalf of an unlicensed provider.

Ogbebor formed Stafford as a limited liability company organized under Texas law, and served as its owner, principal, and manager. Stafford held itself out to be a treatment facility for end stage renal disorder (ESRD). But Stafford did not have an ESRD license. In fact, Ogbebor was associated with another company known as Stafford Dialysis Renal, Inc., which operated a licensed ESRD facility. That license, however, expired in November 2016.

In 2017, Ogbebor submitted bills to Cigna for ESRD treatments purportedly provided by Stafford. Cigna learned that Stafford did not have an ESRD license. Stafford was therefore operating in violation of Texas licensing requirements.

Despite its unlicensed status, Stafford submitted and received claims totaling $4,790,461.65 from Cigna for supposed ESRD services to two Cigna members. When Cigna asked Stafford and Ogbebor to show proof of proper licensing, they failed to do so. Cigna then reduced or denied payment on other claims submitted by Stafford.

The defendants also allegedly fabricated a majority of the treatments for which they sought and obtained reimbursements from Cigna. Further, although Stafford supposedly provided services to one plan member on nearly every day from April 2018 through June 2020, Cigna learned from the member and confirmed with Medicare that she did not begin treatment until January 2019.

When a defendant defaults, it thereby admits all well-pleaded factual allegations contained in the complaint. The trial court found that default judgment is the appropriate sanction in this case and that any lesser sanction would be futile in light of Ogbebor’s willful and total refusal to cooperate with this litigation since he was first served in February 2022 with discovery requests concerning information in his possession that is essential for the resolution of Cigna’s claims against him.

Cigna sought a declaratory judgment against Stafford stating that it has no obligation to honor any claims submitted by Stafford for ESRD services. Because Stafford was not licensed to provide any of the claimed ESRD services it submitted to Cigna, it has no legal or contractual right to reimbursement, payment, or other consideration from Cigna.

The complaint alleged that the defendants falsely represented to Cigna that Stafford was licensed to provide ESRD treatments when it submitted claims seeking reimbursement for those services. When submitting these claims, the defendants knew that Stafford lacked the requisite license and that most of the claims were fabricated. Since Cigna’s claim for fraudulent misrepresentation is adequately alleged to support a default judgment its claim was granted.

The trial court concluded that Cigna’s allegations are adequate to support a default judgment for negligent misrepresentation.

The Connecticut Unfair Trade Practices Act forbids any person from engaging in “unfair methods of competition and unfair or deceptive acts or practices in the conduct of any trade or commerce.” Conn. Gen. Stat § 42-110b. “Any person who suffers any ascertainable loss of money or property, real or personal, as a result of the use or employment of a method, act or practice prohibited by [CUTPA], may bring an action … to recover actual damages.”

Ogbebor is deemed to have admitted that he personally directed Stafford’s fraudulent conduct. Therefore, the complaint adequately alleges a CUTPA claim against both defendants to support a motion for default judgment.

The Connecticut Health Insurance Fraud Act punishes intentional fraud or deceit in connection with a claim for benefits under a health insurance policy.An insurer aggrieved as a result of an act of insurance fraud has a private right of action against the perpetrator of such fraud to recover all damages resulting. Cigna’s allegations are enough to support a default judgment.

A medical provider’s undisclosed failure to comply with licensing requirements constitutes fraud on the insurer. The defendants falsely represented to Cigna that Stafford was licensed to provide ESRD services by submitting claims for such services, they induced Cigna to issue payments on those claims. These claims were fraudulent because the defendants knew that Stafford was not licensed to perform the services for which it claimed reimbursement from Cigna, and in most instances had not performed those services at all. The trial court concluded that Cigna’s claim for civil theft is adequately alleged to support default judgment.

Under Texas law, holding an individual owner or manager of a company liable for acts of the company is appropriate (1) where a corporation is organized and operated as a mere tool or business conduit of another; and (2) there is such unity between corporation and individual that the separateness of the corporation has ceased and holding only the corporation liable would result in injustice. The trial court concluded that Ogbebor formed Stafford to further his scheme to commit insurance fraud. Accordingly, the trial court allowed Cigna to pierce the corporate veil and hold Ogbebor liable for Stafford’s conduct as well as his own.

Cigna’s calculated damages are based on payments for dialysis supposedly provided to one plan member totaling $763,592.27, plus payments for medication for that same member, totaling $4,017,025.89. Cigna seeks an additional $9,843.49 for payments based on purported ESRD treatments, both dialysis and medication, to a second plan member. These figures are corroborated by a detailed spreadsheet Cigna has submitted along with its complaint, and they total $4,790,461.65. The trial court awarded that amount in actual damages. Further, because Cigna has adequately stated a claim for civil theft under Conn. Gen. Stat. § 52-564, the court applied treble damages for a total of $14,371,384.95.

Judgment was entered against Mike Ogbebor and Stafford Renal LLC in the joint and several amount of $14,371,384.95, as well as a declaratory judgment that the plaintiffs are absolved of any liability to pay past or future claims submitted by Stafford Renal LLC.

Although Cigna will have a difficult time collecting on this judgment its actions, and those of the District Court, should act as a deterrent to others attempting fraud. If Ogbebor has any of the money he obtained by fraud Cigna must aggressively seek to enforce the judgment and obtain any assets the fraudster still has. Other insurers should follow Cigna’s lead and work to take the profit out of insurance fraud.

Barry Zalma, Esq., CFE, now limits his practice to service as an insurance consultant specializing in insurance coverage, insurance claims handling, insurance bad faith and insurance fraud almost equally for insurers and policyholders. He practiced law in California for more than 44 years as an insurance coverage and claims handling lawyer and more than 54 years in the insurance business. He is available at http://www.zalma.com and zalma@zalma.com.Subscribe and receive videos limited to subscribers of Excellence in Claims Handling at locals.com https://zalmaoninsurance.locals.com/subscribe.Subscribe to Excellence in Claims Handling at https://barryzalma.substack.com/welcome.

Now available Barry Zalma’s newest book, The Tort of Bad Faith, available here. The new book is available as a Kindle book, a paperback or as a hard cover.

Write to Mr. Zalma at zalma@zalma.com; http://www.zalma.com; http://zalma.com/blog; daily articles are published at https://zalma.substack.com. Go to the podcast Zalma On Insurance at https://anchor.fm/barry-zalma; Follow Mr. Zalma on Twitter at https://twitter.com/bzalma; Go to Barry Zalma videos at Rumble.com at https://rumble.com/c/c-262921; Go to Barry Zalma on YouTube- https://www.youtube.com/channel/UCysiZklEtxZsSF9DfC0Expg; Go to the Insurance Claims Library – https://zalma.com/blog/insurance-claims-library 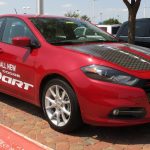 These Are The Dumbest Parts You've Installed On Your Cars 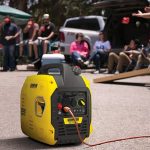 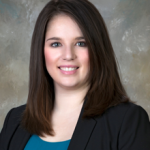 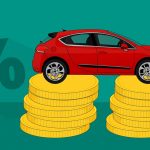 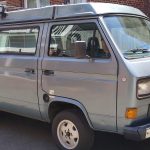 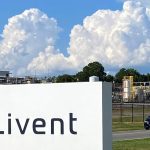