Chrysler had great success selling the rear-wheel-drive B-Body family of cars during the 1960s and 1970s, with such famously muscular machines as the Charger, Road Runner, Super Bee, Superbird, and Daytona (not to mention the incredibly elegant Cordoba) riding on the B platform. The bread-and-butter Chrysler Bs were ordinary midsize sedans with Slant-6 and small-displacement V8 engines, though, and today’s Junkyard Gem is one of those cars: a 1973 Dodge Coronet Custom.

The ’73 Coronet was essentially the same car as the ’73 Plymouth Satellite, with a few more luxury and convenience features and correspondingly higher price tag. You could also say it was the sedan version of the Charger. This is the second ’73 Coronet Custom I’ve found in a Denver area yard during the past year, after this very brown example we admired last summer.

It was frustrating to find two Satellite siblings full of cheap trim parts when I did, because my 24 Hours of Lemons team had just finished building a very accurate replica of California Governor Jerry Brown’s famous ’74 Satellite and we’d gone crazy trying to find bits and pieces. 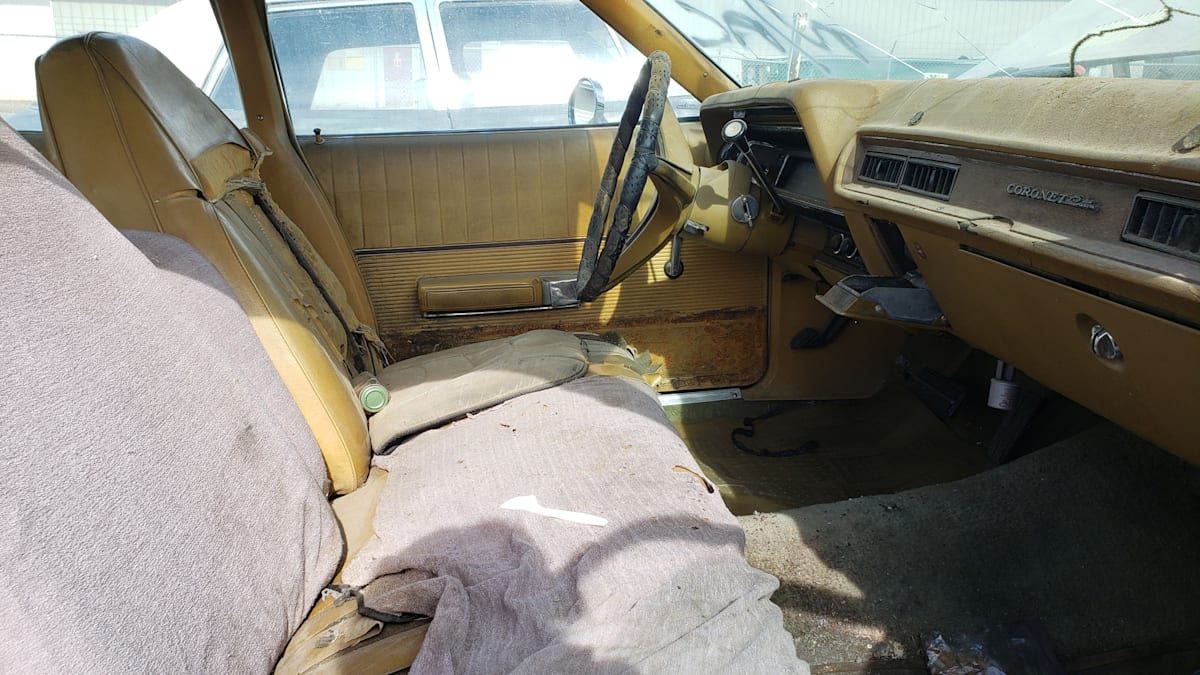 The Custom was the top trim level for the Coronet in 1973, and you could get one with a V8 engine starting at $3,129 (about $20,650 in 2022 dollars). The cheapest possible Satellite sedan was $2,824 that year. Meanwhile, GM offered the Chevrolet Chevelle Malibu and its Pontiac Luxury LeMans sibling with four doors and eight cylinders for $3,013 and $3,344, respectively. Ford could put you in a V8-equipped Gran Torino sedan for $3,140 that year.

Chrysler offered something that GM and Ford couldn’t match, however: the LA-series small-block V8 engine. Sure, the quality on Chrysler electrical components was much lower than what you saw in GM and Ford cars of the time, and the Chrysler B-Body still had an old-fashioned front-torsion-bar/rear-leaf-spring suspension, but the 318-cubic-inch Chrysler V8 engine held together better than the V8s of any of its rivals at the time (in fact, Chrysler kept making 318s— later called the Magnum 5.2— until the 2002 model year). If this is the 318 that came with the car when it rolled off the assembly line on Lynch Road in Detroit, then it was rated at 150 horsepower. I’ll bet it would still run right now if given gasoline and starter power. By the end of 1973, certain geopolitical events may have made this car’s original buyer wish they’d bought the fuel-sipping Slant-6, despite its 105 horsepower, or perhaps even a Colt instead of a Coronet.

Registration paperwork in the car indicates that it had valid Colorado tags as recently as 2018. Here’s the overhead view of its former address in Denver. 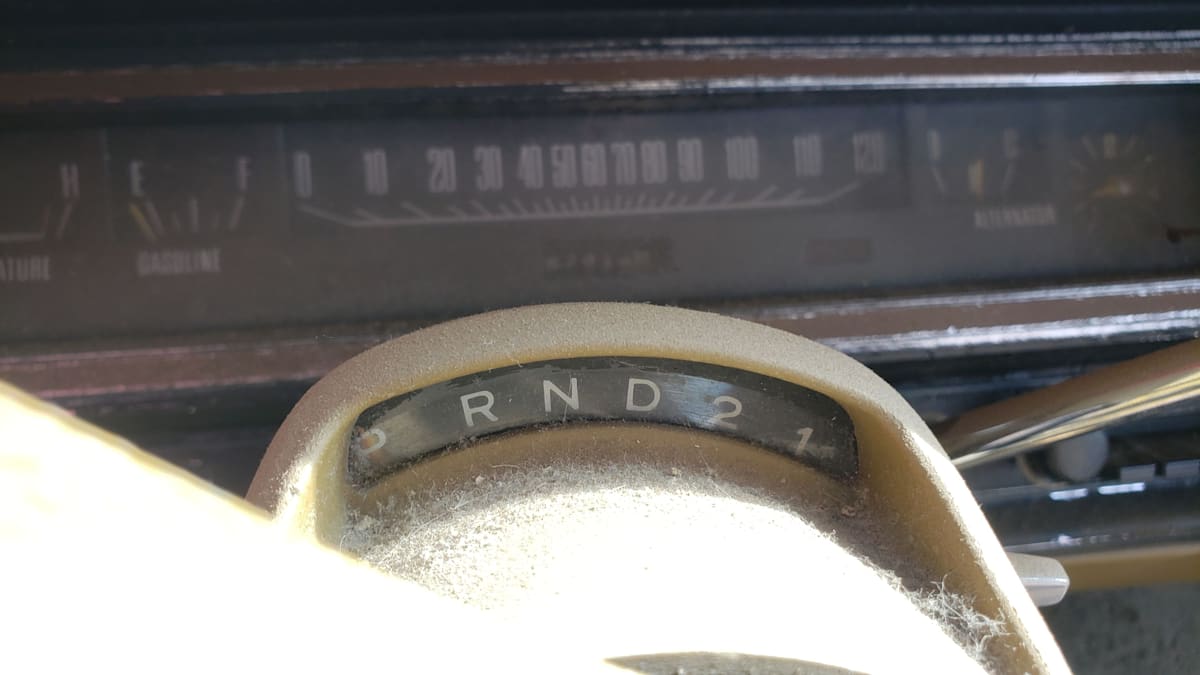 Even with the V8 engine in your new 1973 Coronet Custom, the base transmission was a three-on-the-tree column-shift manual. If you wanted a four-speed floor-shifted manual, you had to fork over an extra 202 bucks (that’s about $1,333 in 2022 dollars), and a four-on-the-floor Coronet sedan would have been very cool. Even 49 years ago, though, most American drivers insisted on automatic transmissions in their new cars, and that’s what this car has. This three-speed Torqueflite slushbox cost $211, or about $1,392 today. 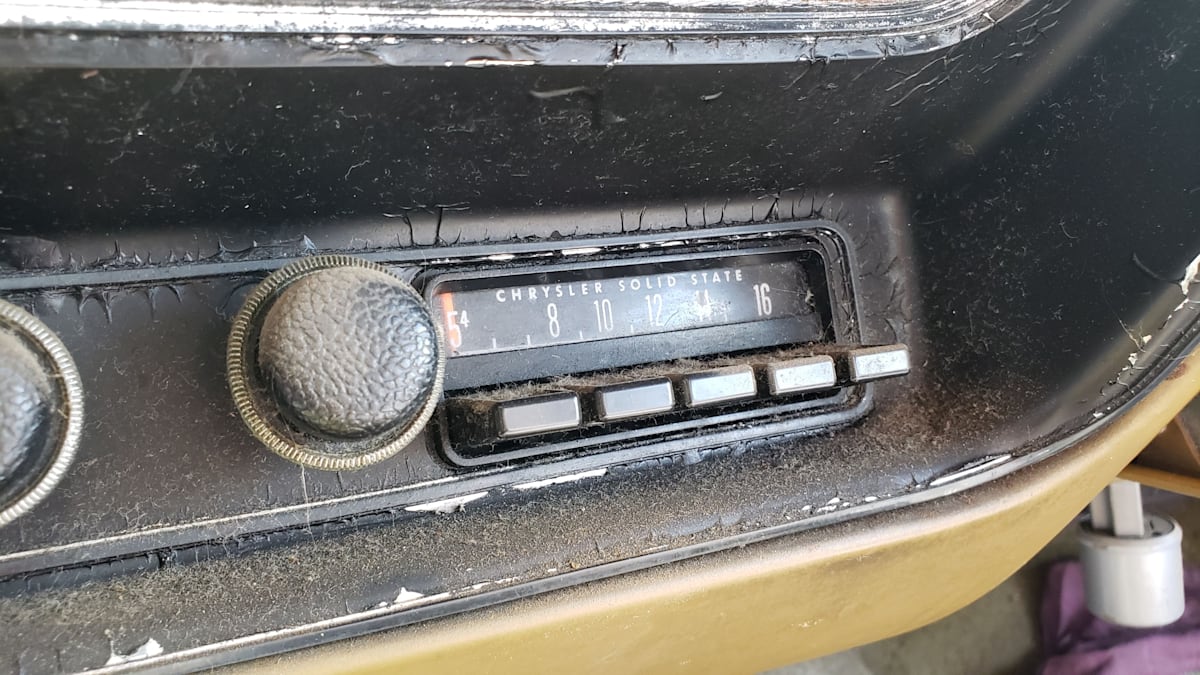 Once you’ve already spent that kind of money on an V8 engine and automatic, why not shell out 65 bucks (about $429 today) for a single-speaker AM radio? Some of the AM hits of 1973 were well worth paying that sort of money for (yeah, yeah, the #1 song that year was a lame-O Tony Orlando & Dawn schmaltzfest, but you could always change stations when it came on).

Long hoods looked cool during the early 1970s, so this car has about a two-foot gap between the grille and the engine.

There’s some rust in the usual places, nothing that would scare a resident of Wisconsin or New Hampshire, and the interior has been roasted to crispiness by decades of Denver sun. Detroit sedans of the early 1970s just aren’t worth restoring when they get to this condition, and that’s why this car is in a yard just south of Denver at this moment.

The baggies of fermenting wet cigarette butts would give this car a pungent smell in warm weather, but I shot this car in below-freezing temperatures and it wasn’t so bad.

I couldn’t find a 1973-1974 Coronet TV commercial online, but this one for the Satellite gives you the idea.

China's Booming EV Industry Is Changing Indonesia for the Worse

If a person reaches their OOPM on a claim, but the medical facility gives them a discount on the amount due, can the person’s insurance company change any EOB’s that came after that claim that were $0 cost share until the person reaches the OOPM from the discounted amount paid?

How to talk end-of-life planning over the holidays

China's Booming EV Industry Is Changing Indonesia for the Worse

1 hour ago admin
← 7 tips for a road trip with your dog ← Covid-19 Live Updates: Mask Mandates, Restrictions and Vaccines – The New York Times