Back in the late 1970s and early 1980s, Toyota and Nissan were locked in a ferocious battle to sell Americans large-ish luxury sedans full of futuristic electronics and powered by meaty six-cylinder engines. Toyota had the Cressida (a close cousin of the Supra), while Nissan had the Datsun 810 (a close cousin of the Z-Car). As the 1980s progressed, the Datsun 810 became the Nissan Maxima, while the Cressida became more sensible (i.e., less fun) with each passing year. Here’s a late second-generation Maxima, found in a Colorado self-service yard recently.

The Maxima name started out as a trim level designation for the 810, then became a model name in its own right just before Datsun became Nissan in North America. 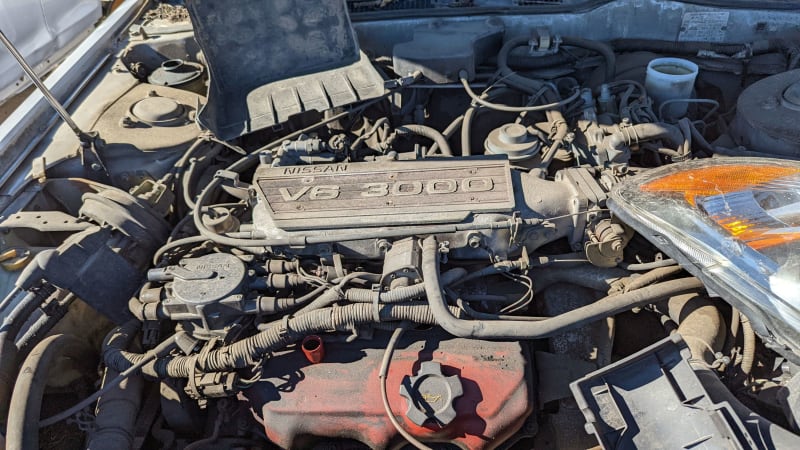 For the 1985 model year, the Maxima switched to front-wheel-drive from rear-wheel drive, while its inline-six L-series engine became a VG-series V6. This one is a slightly detuned version of the 3.0 used in the same-year 300ZX, rated at 157 horsepower.

The base Maxima could still be had with a five-speed manual transmission in 1988, but American sedan buyers had long since fallen out love with three-pedal cars by that time. This one has the four-speed automatic. 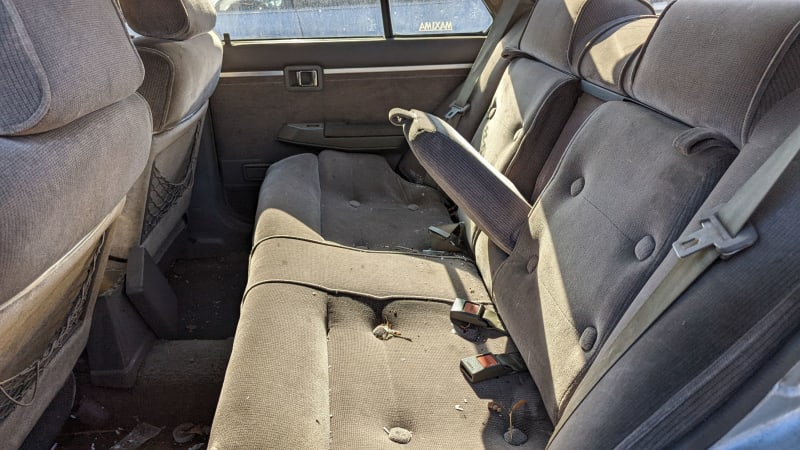 In Japan at the time (and, to a certain extent, today), high-quality cloth seats were considered more luxurious than slippery, hot, noisy leather seats. You could get leather in the 1988 Maxima (thereby ruining it in the process, in my opinion), but it cost an extra $785 (which amounts to about $2,022 in 2022 dollars). 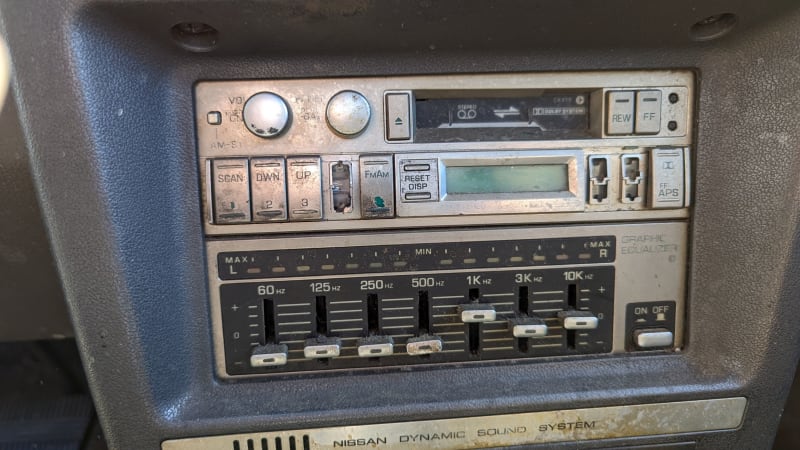 Life without a seven-band graphic equalizer and a cassette deck with faux-brushed-stainless face wasn’t worth living in 1988, when popular music had reached its all-time zenith. Naturally, the Nissan Voice Warning System was in full effect in this car, though the system had gone solid-state and no longer used a tiny phonograph record to talk to you. 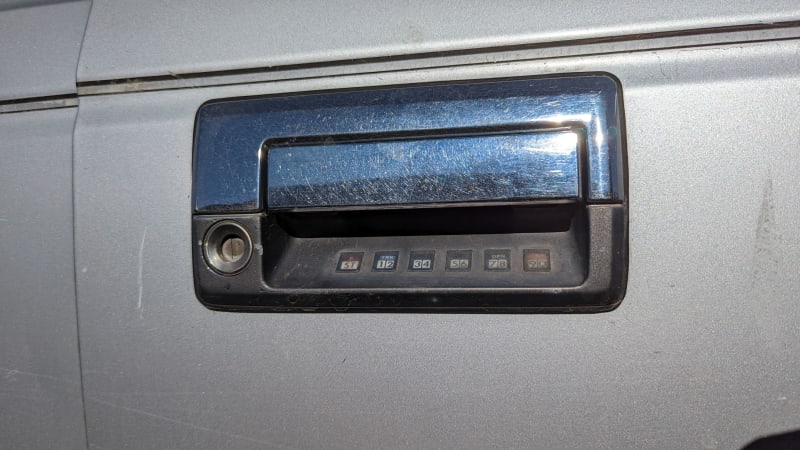 Just like Ford at the time (and like Ford today), Nissan offered a digital keypad lock system. 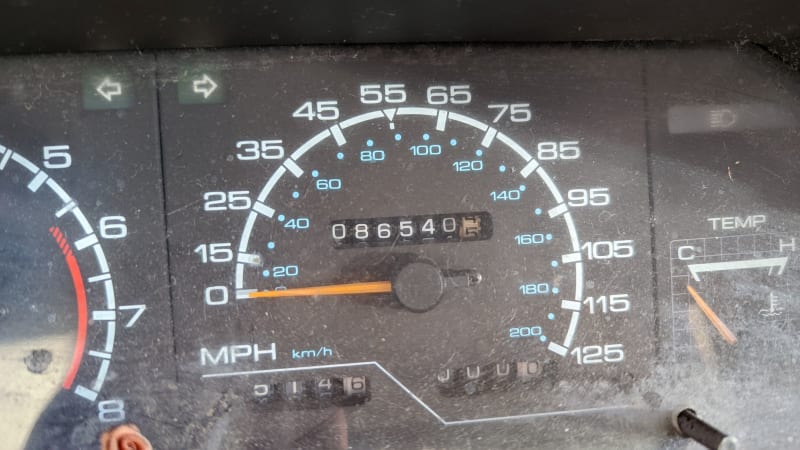 The odometer shows just 86,540 miles, which is very low for a 34-year-old luxury sedan. Note the double mechanical trip counters. 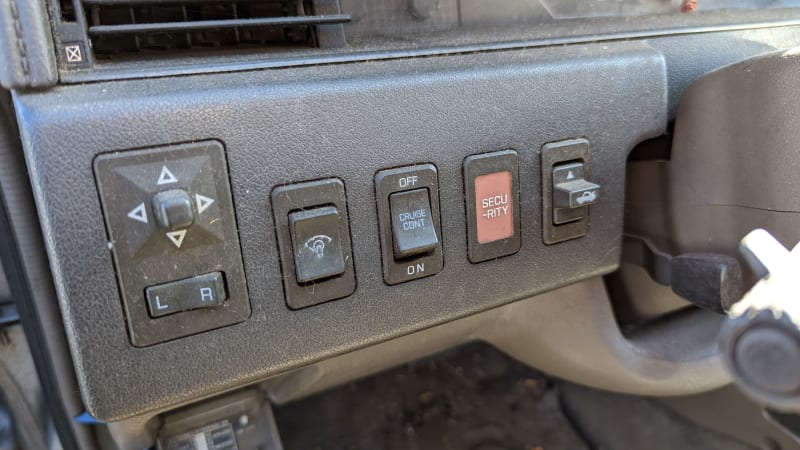 The SECU-RITY indicator light illustrates one of the pitfalls of Japanese-to-English translation. 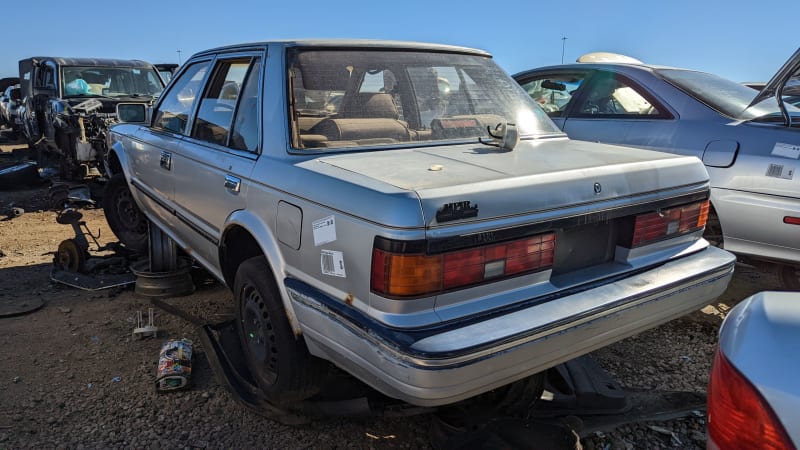 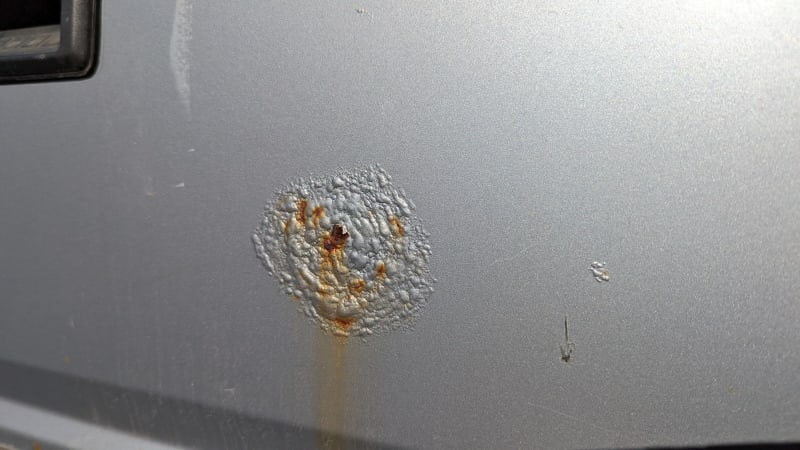 There’s some rust, nothing fatal. I suspect that this car broke something a decade or two back and then sat, awaiting repairs that never came.

To get luxury and performance, you have to sacrifice value. Nissan disagrees!

In its homeland, this car was known as the Bluebird Maxima.

The following year, the Maxima became bigger and more rounded.

February 2, 2023 InsuNews
← How do you handle issues with insurance claims when you have 2 employer-sponsored health insurances as the policy holder? ← Most renewals largely completed at client issued structure & price: Guy Carpenter