Ford’s now-defunct Mercury Division first began using the Marquis name in 1967, on a sporty full-size hardtop based on the Ford LTD, then began offering the Grand Marquis beginning in the 1979 model year. These big, boxy luxury sedans were replaced by big, curvy luxury sedans (on the same platform) starting with the 1992 model year, so today’s Junkyard Gem is one of the very last squared-off Grand Marquises ever built.

The 1991 Grand Marquis (or “Grandma Keith,” as many refer to it today) looks nearly identical to its 1979 predecessor at a glance, just as the 2011 model doesn’t differ much from the 1992 model. Ford saw no reason to follow short-lived fashion trends with its simple, sturdy rear-wheel-drive sedan. 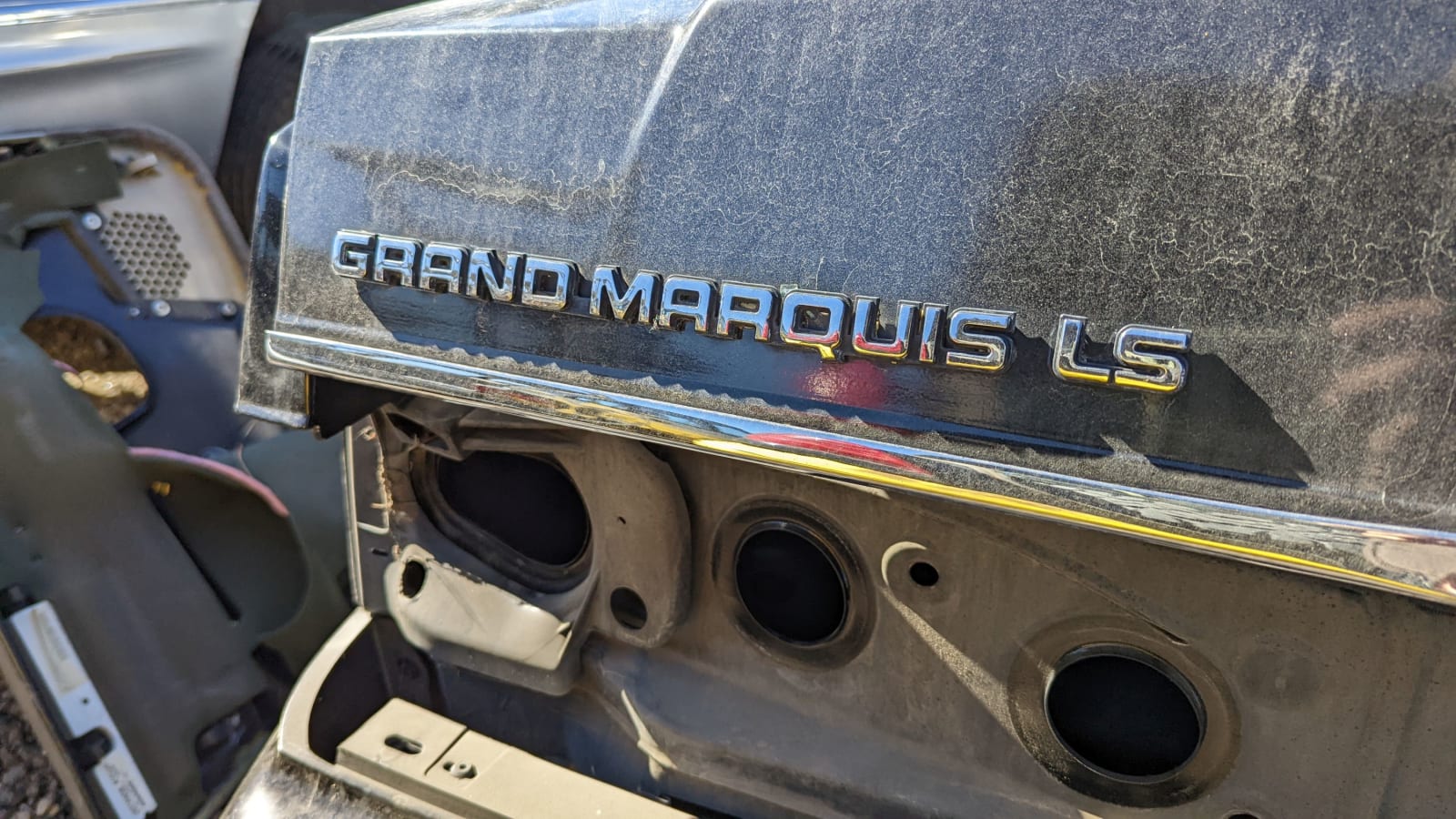 This interior would have seemed comfortingly familiar to a 1968 (or even 1958) Mercury owner time-traveling to 1991. 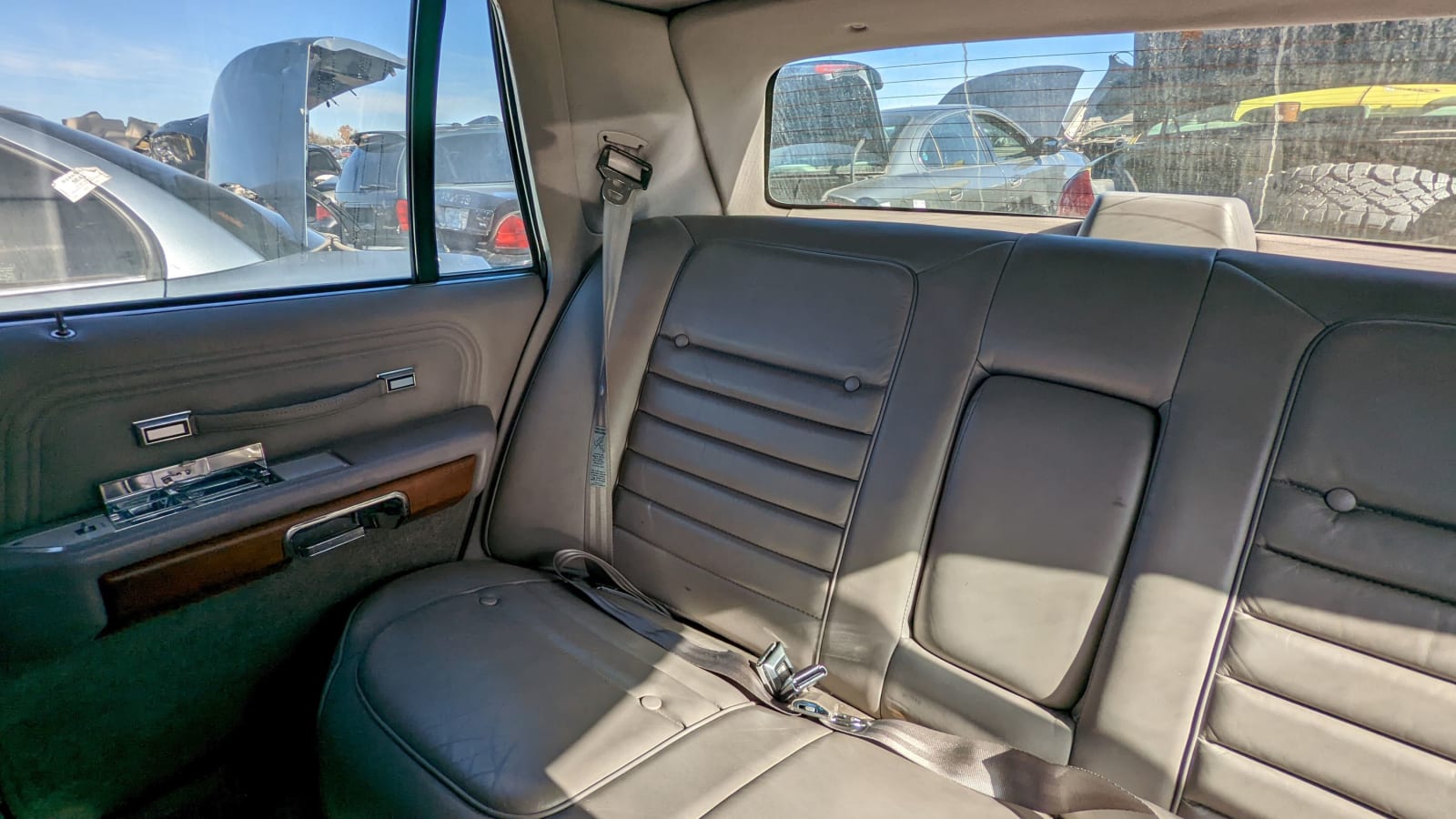 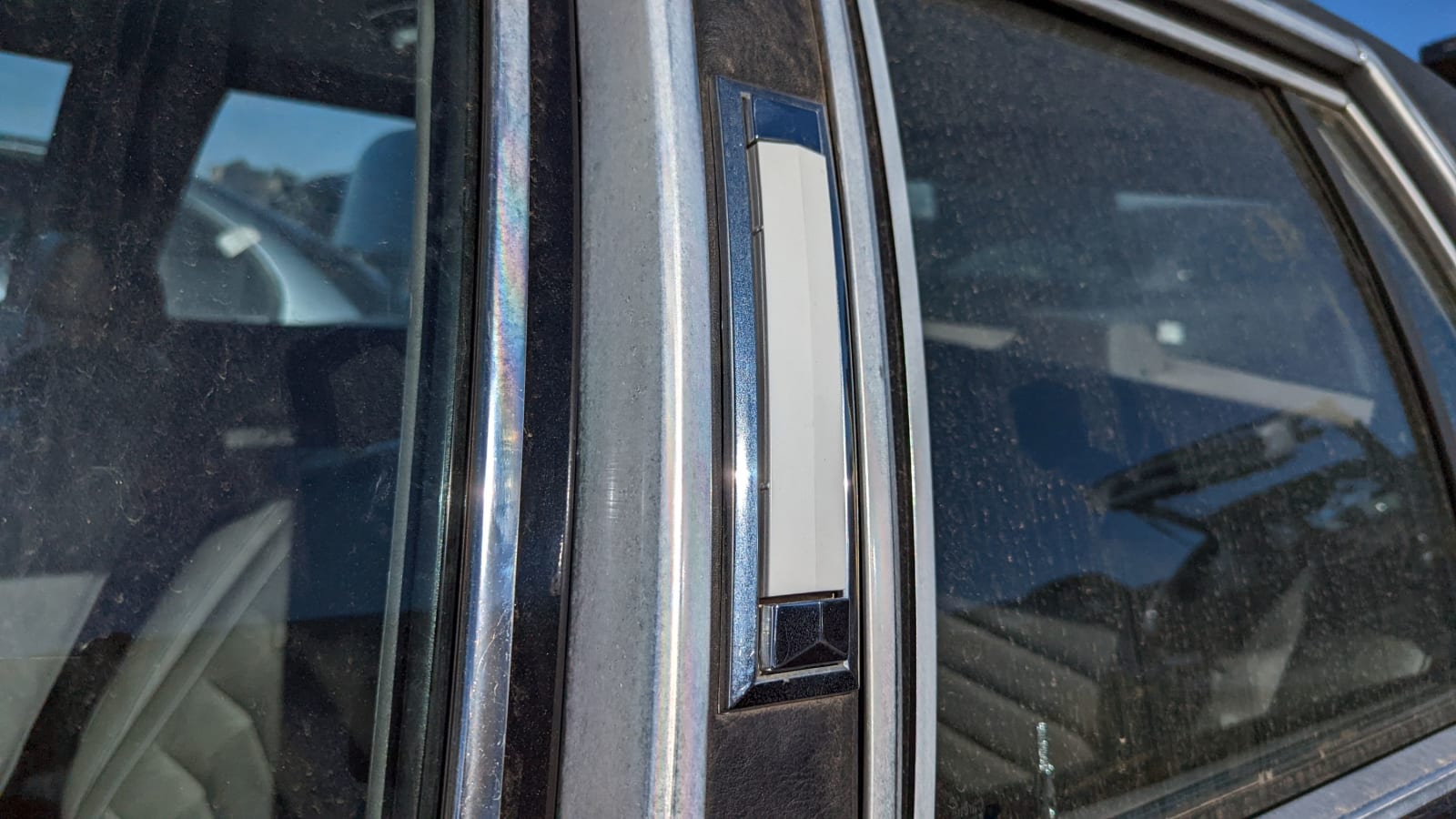 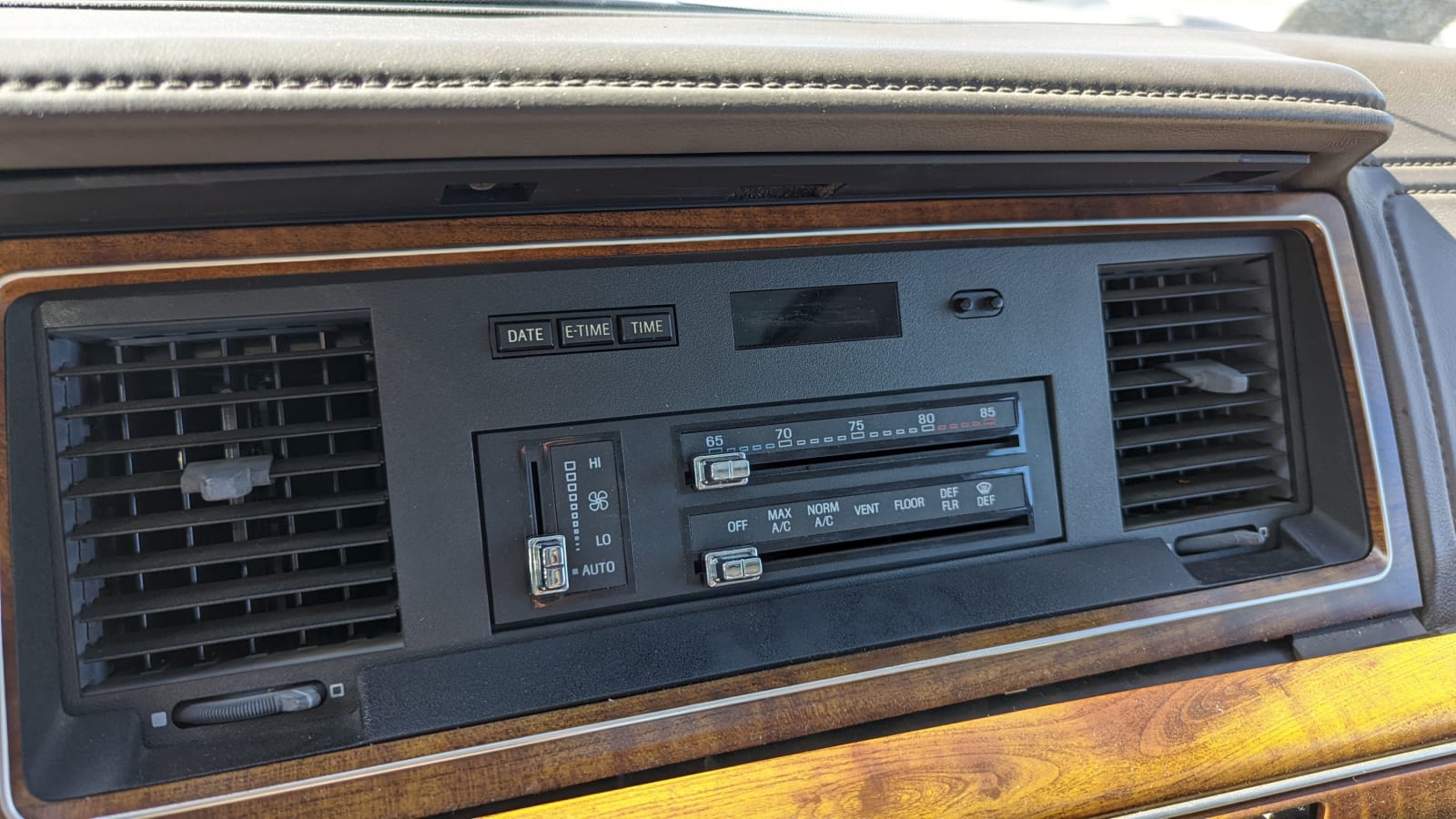 Air conditioning was standard equipment in the 1991 Grand Marquis and its wagon counterpart, the Colony Park. 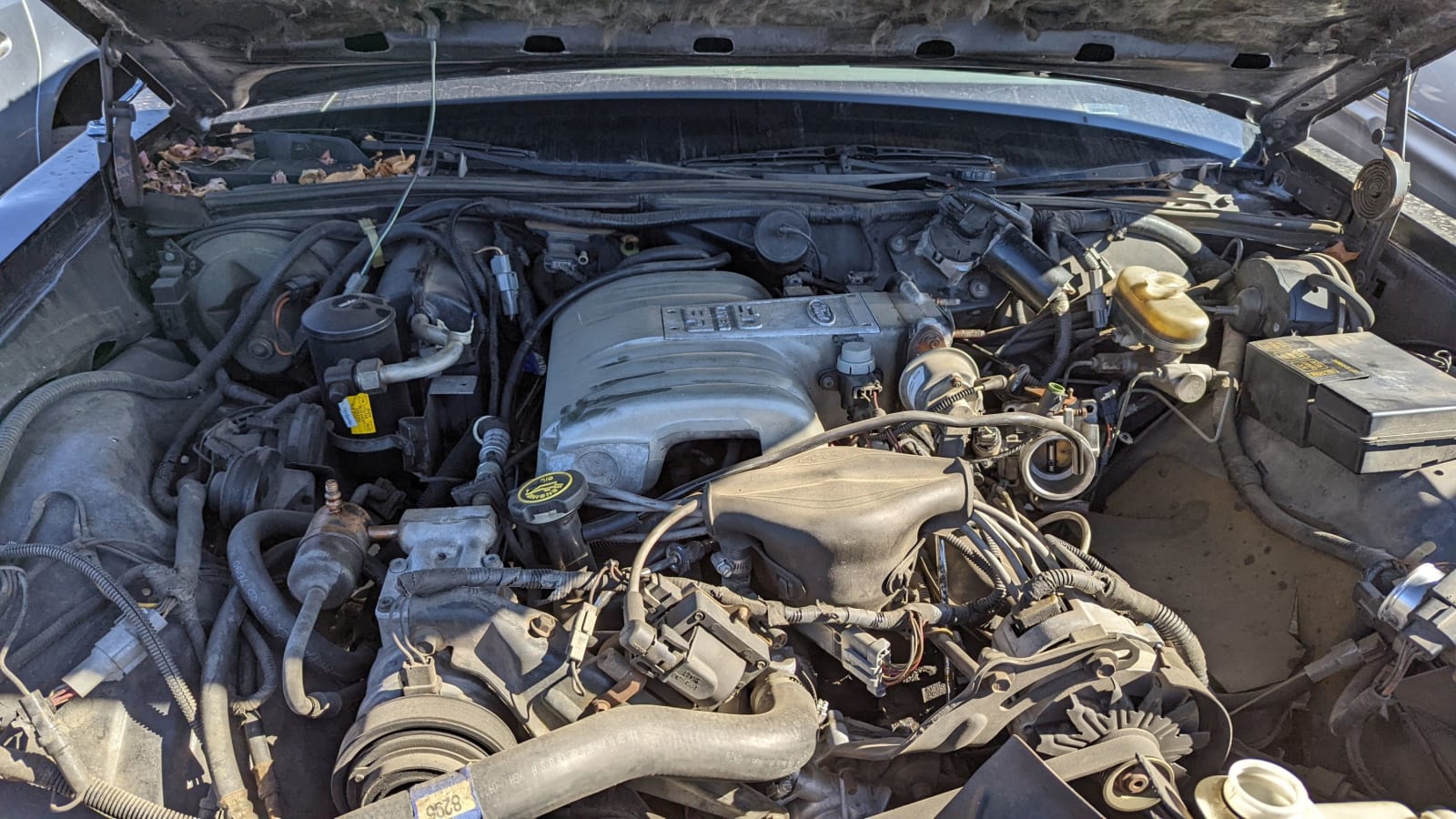 The engine is the good old pushrod 5.0-liter Windsor V8, which would be replaced by a far more modern 4.6-liter SOHC mill in the ’92 Grand Marquis. This engine was rated at 180 horsepower. A four-speed automatic was the only transmission available. 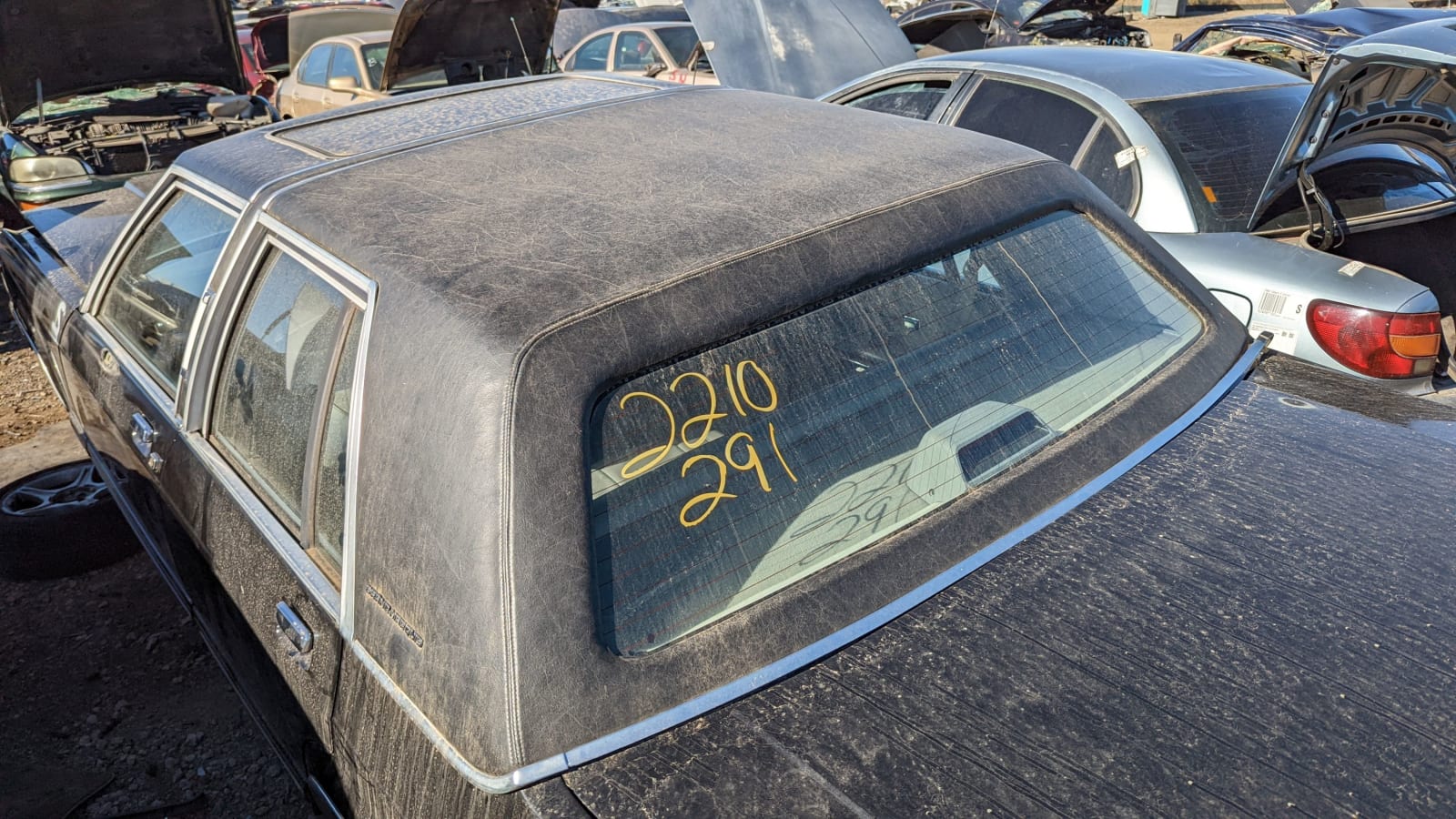 The early 1990s ended up being the last gasp for padded vinyl roofs being considered mainstream equipment on new Detroit cars; this one was called the “Formal Coach” roof and cost an additional 725 bucks ($1,605 now). Such roofs were still available on a few cars later in the decade, but their time had passed. 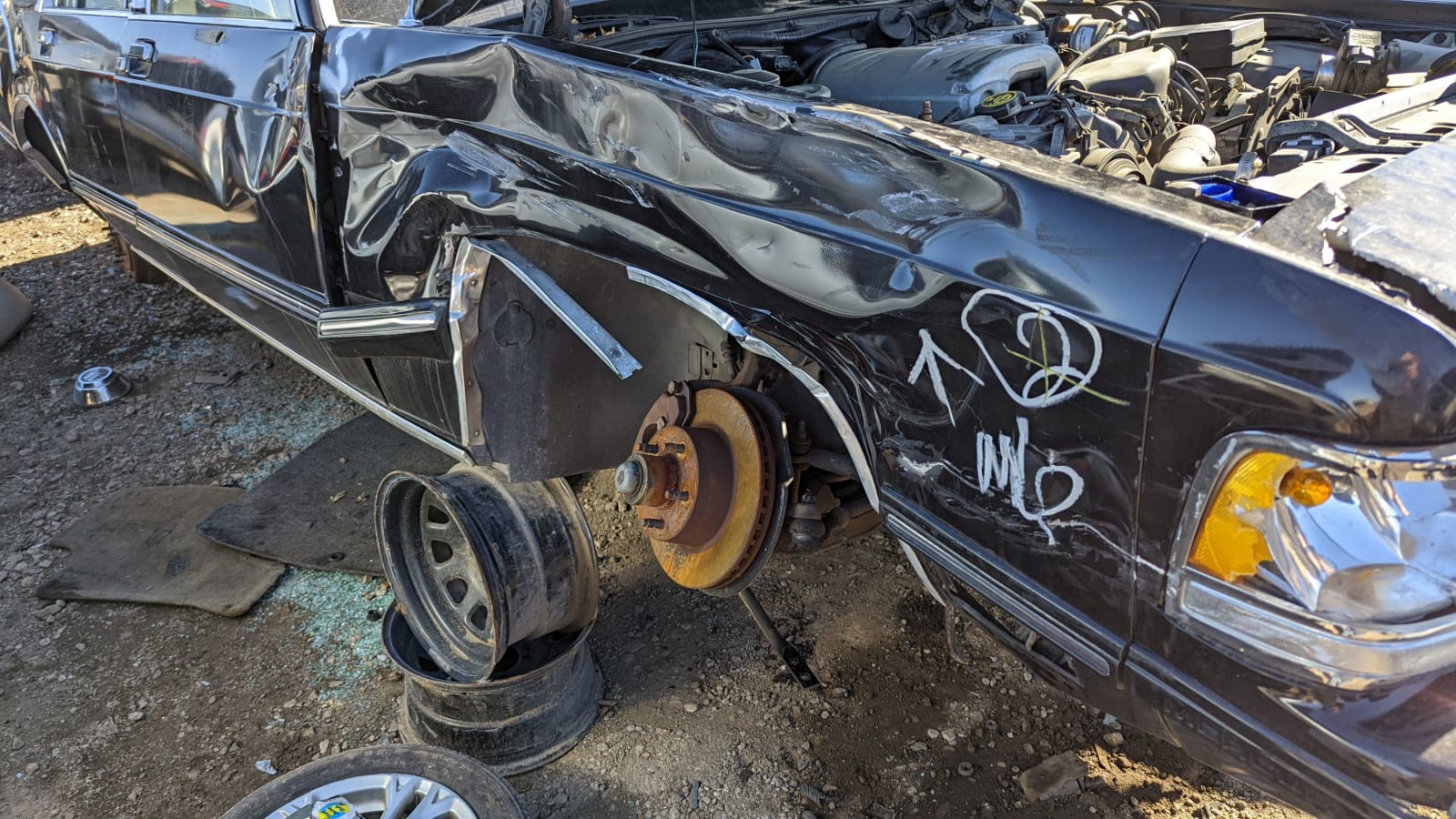 Why would such a clean Grandma Keith end up in a place like this? That’s easy: it got T-boned directly into the right front wheel, mangling the body and bending up the suspension. This damage might have been worth fixing when the car was five years old, but it’s a write-off when it happens to a 31-year-old Ford Panther.

The granddaddy of them all, and on sale in South Texas!