Replacing petroleum fuels with electricity is crucial for curbing climate change because it cuts carbon dioxide emissions from transportation – the largest source of U.S. global warming emissions and a growing source worldwide. Even including the impacts of generating electricity to run them, electric vehicles provide clear environmental benefits.

Plug-in vehicles are making great progress, with their share of U.S. car and light truck sales jumping from 2% to 4% in 2020-2021 and projected to exceed 6% by the end of 2022. But sales of gas-guzzling pickups and SUVs are also surging. This other face of the market subverts electric cars’ carbon-cutting progress.

As a researcher who studies transportation and climate change, it’s clear to me that EVs provide large carbon reductions that will grow as the electric grid shifts to carbon-free energy. But fleetwide emissions, including vehicles of all types and ages, are what ultimately matters for the climate.

While the latest policy advances will speed the transition to EVs, actual emission reductions could be hastened by tightening greenhouse gas emissions standards, especially for the larger gasoline-powered personal trucks that dominate transportation’s carbon footprint. Because it takes 20 years to largely replace the on-road automobile fleet, gas vehicles bought today will still be driving and emitting carbon dioxide in 2040 and beyond.

California has adopted regulations that will phase out sales of new cars powered only by gasoline in the state by 2035, a shift that is expected to drive similar policies in other states.

Plugging in rather than pumping gas reduces both global warming and smog-forming pollution. It avoids the ecological harm of petroleum production and reduces the economic and security risks of a world oil market coupled to totalitarian regimes such as those of Russia and in the Middle East.

On the good news front, automakers are offering ever more EV choices and promising all-electric fleets within 15 years or so. Two recent policy developments will help turn such promises into reality.

One is California’s recent update to its zero-emission vehicle program. The new regulations will require that by 2035, 100% of new light vehicles sold in California must be qualifying zero-emission vehicles, allowing for a limited number of plug-in hybrid vehicles. Other states that historically have adopted California’s emission standards may follow its lead, so cars running only on gasoline could ultimately be banned across 40% of the U.S. new car market.

In addition, the Inflation Reduction Act recently signed by President Biden includes new incentives for EVs and subsidies for domestic production of EVs, batteries and critical minerals. The new policy targets incentives in several ways, disqualifying high-income consumers, capping the price of qualifying vehicles, providing incentives for used EVs, and restricting the tax credits to EVs built in the U.S. and Canada. It complements the US$7.5 billion for building a national EV charging network authorized by the infrastructure bill that the Biden administration brokered in 2021.

In spite of rapidly growing sales, however, EVs have not yet measurably cut carbon. U.S. Environmental Protection Agency data indicates that the rate of carbon dioxide reduction from new vehicles has all but stalled, while vehicle mass and power have reached all-time highs.

Why? The surging popularity of low-fuel-economy pickups and SUVs. My analysis of the EPA data shows that through 2021, the higher emissions from market shifts to larger, more powerful vehicles swamp the potential carbon dioxide reductions from EVs by more than a factor of three.

Including the largest personal pickup trucks, which are omitted from the EPA’s public data, would further increase the gasoline vehicle emissions that overwhelm EV carbon reductions. Because vehicles remain on the road for so long, excessive emissions from popular but under-regulated pickups and SUVs will harm the climate for many years.

A reason for this conundrum is that clean-car standards are averaged across the overall fleets of cars and light trucks that automakers sell. When a manufacturer increases its sales of EVs and other high-efficiency vehicles, it can sell a greater number of less fuel-efficient vehicles while still meeting regulatory requirements.

The standards are structured in several ways that further weaken their effectiveness. The targets an automaker has to meet get weaker if it makes its vehicles larger. Vehicles classified as light trucks – including four-wheel-drive and large SUVs, as well as vans and pickups – are held to weaker standards than those classified as cars.

What’s worse, a regulatory loophole allows the largest pickups to effectively evade meaningful carbon constraints. Such vehicles are classified as “work trucks” even though they are sold and priced as luxury personal vehicles. An ongoing horsepower war gives these massive “suburban cowboy” trucks capabilities far beyond those of the relatively spartan pickups once used by cost-conscious businesses.

In spite of falling prices and rising sales, electric cars still face hurdles before they can fully sweep the market. The time it takes to charge an electric car may remain an inconvenience for many consumers. For example, commonly available Level 2 chargers take four to 10 hours to fully recharge an EV battery.

Buying an EV requires consumers to consider where and how quickly they want to charge their car.

Such obstacles make it unclear whether the car market can move as quickly to an all-electric future as some hope.

Emissions could be cut more quickly if regulators reform clean car standards to close the loopholes that allow excess emissions. California is taking a step in this direction by revising its methods for determining new fleet emission limits for gasoline vehicles. Also hopeful is the recent joint announcement by General Motors and the Environmental Defense Fund, which notes the need to address the large light trucks as part of new standards targeting a 60% reduction in fleetwide greenhouse gas emissions by 2030.

As the world transitions to EVs, their size and energy use will matter, too. Massive EVs will require large batteries, and hence more critical minerals whose supplies are limited. They will demand more electricity that, even if renewable, is not fully free of environmental impacts. Sustainability will suffer if the roads are ruled more by the likes of Hummer EVs rather than Tesla Model 3s.

Policymakers and environmental organizations have mounted major promotional campaigns in support of EVs. But there are no similar efforts to encourage consumers to choose the most efficient vehicle that meets their needs. Significant numbers of Americans now believe that global warming is for real and of concern. Connecting such beliefs to everyday vehicle purchases is a missing link in clean-car strategy.

These sobering car market trends highlight the risk of letting visions of an all-electric future mask the need for better decisions today – by policymakers, consumers and automakers – to more quickly reduce emissions across the entire vehicle fleet.

This piece updates an article originally published on January 28, 2021. 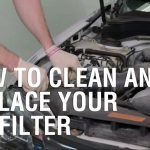 How to clean and replace your air filter | Autoblog Wrenched 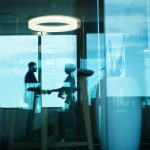 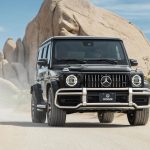 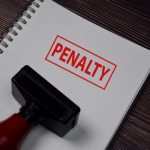 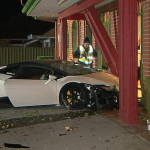 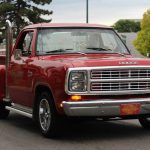 Woodward Dream Cruise Photo Gallery | All of the trucks 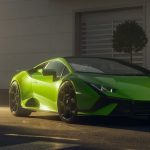 Lamborghini’s New Huracán Tecnica Is Here To Steal The Limelight 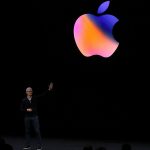