The Citroën Berlingo 2CV Fourgonnette Is the Best Kind of Retro

The Citroën Berlingo 2CV Fourgonnette is based on the Berlingo, first introduced in 1996, and now in its third generation, with diesel, gasoline, and all-electric variants. Thanks to the Italian coachbuilder Caselani, buyers can now also order a 2CV-inspired version of it, which is either fatally cheesy or somewhat inspired, depending on your persuasion.

For me, I don’t think this is cheesy nor terribly inspired and more just a thing that I’m happy exists in the world — or at least will exist when orders start next month and production begins in January. The thing about retro kits like this is that you get a car that looks old but with none of the problems that usually would entail with an old car, which is that everything is unsafe and broken. The Berlingo 2CV Fourgonnette attempts to be the best of both worlds — modern things underneath but with a skin inspired by a car first made in 1951, the original 2CV Fourgonnette. Or, you could say that it looks like hard-shell luggage.

You cannot say that Caselani did not put some thought into it. I present to you the following, very extensive list of changes, via Citroën:

Berlingo’s front end panel has been completely overhauled, revealing the features that were so characteristic of the old 2CV from days gone by. The grille, bumper and wheel arches have been replaced by new fibreglass components adapted to the frame, which integrates clips and bolts for attaching them. All of these components are assembled at Caselani’s workshops in Lombardy, Northern Italy.The V-shaped domed bonnet narrows towards the lower section – it “pinches”, to use the designer’s own jargon – just like before. The famous embossed striated coat sit in the centre of the front-end panel, extending over almost the whole of it.The round headlights are partly detached from the bonnet, fitting into it as they extend back – unlike the original ones which were completely offset. A more modern interpretation with components which fit in with the rest of the vehicle.The low-relief grooves at the top of the wheel arches featured on the old 2CV and were used to ventilate the engine.With its concave-cut upper section (or M-shaped, flared towards the top), the grille is attractive and distinctly Citroën, emblematic of the 2CV AU. The large chrome-plated chevrons – the brand’s signature – are highlighted, positioned right in the centre of the grille and overlaid on it, further emphasising them. All of these components are what has shaped the van’s identity, connecting it to Citroën’s history and reputation. The imposing grille is highly arched, integrated into the front end, and forming one with the bonnet as at the time. It extends downwards from the bonnet, giving one the impression that the wheel arches are floating – fitting into this key component. The line above the fog lamps, which stretches over the vehicle’s full width, further amplifies this effect. It gives stability to the front face and widens it, reinforcing its robust character.Visually, the front bumper is lower than on Berlingo. While the 2CV’s bumper was chrome-plated, this one is painted white, contrasting with the body. This emphasises the protective nature of the component, while at the same time investing it with a certain modernity.The sides, rear doors and roof have all been given a second skin, topping off Berlingo’s bodywork. These fibreglass components all pay homage to the 2CV’s highly distinctive corrugated sheeting. But on this vehicle, they are purely decorative. Originally, they had an actual purpose – they were what gave the whole structure its rigidity. These striated components and the reworked – raised – roof – are a deliberate attempt to create a style whereby the vehicle’s passenger compartment section is separated from its cargo section. This was already a feature of the old van.At the rear of the vehicle, a small vertical window that is rounded at the top and bottom features on each of Berlingo’s rear doors – a further tribute to the 2CV. For a more modern feel, the very thick black seal around the windows has been removed. As for the vehicle’s stop and reversing lights, their perfectly round shape is brought to the attention by their sheer size. They are surrounded by red trim, making them even more visible and giving them a more contemporary feel.Various key locations on the vehicle are chrome-plated – another nod to the details that the 2CV sported. This applies to the headlights, the bonnet’s central ridge, the grille with its chevrons and contour trim, the original hubcaps (which are still manufactured to date) and the chrome-plated handles on the headlights which were used to open them (for replacing the bulbs). Only the handle for opening the bonnet has not been included in this new version.

Citroën did not say how much the van costs, though it will be highly configurable with the aforementioned variety of power sources, and it will also come in three different varieties, from a panel van like the one you see above to a genuine passenger van, intended for the French countryside.

This new Berlingo is also a reminder that we could use more officially-licensed coachbuilds of popular cars, not fewer. They never seem to make anyone angry, for one reason or another, in any case, possibly because the stakes are pretty low. Also who could possibly be angry about a retro-styled Berlingo?

Need help getting insurance in CA (do not qualify for assistance) 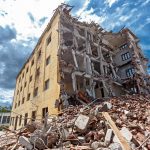 Breaking down the Cost of Earthquake Insurance in California 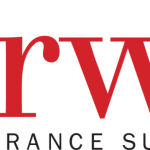 IISA – The Keys to Effectively Motivate and Manage Staff

Amazon Drone Deliveries Are Coming to the U.S., Finally 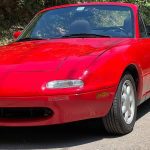 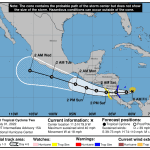 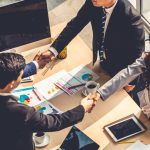