The Renault 5 turns 50 this year, and to celebrate one of its most iconic models, the company has teamed up with architectural designer Pierre Gonalons on a one-off electric R5 called the Diamant. It’s so good that I almost hate it.

If the name Renault 5 isn’t ringing any bells, then maybe the American version, AKA “Le Car,” which was imported by AMC, will be. It wasn’t very good, but its decidedly low polygon two-box design looks rad today, and Gonalons’ love letter to the car takes what was meant as a people’s car and elevates it into the realm of high design.

The changes made to the exterior aren’t too wild, aside from the super spicy pink over gold paint job and wider wheels from the Alpine version of the R5 and the brass/gold grille. There are some other notable details, like a gold sun logo on the wheels and a soft sliding sunroof that will allow your Galouises smoke to tastefully escape the cabin. The zany headlights that stick out on stalks from the front of the car are decidedly not stock either, but they work with the overall dystopian future Barbie car vibe that Gonalons is creating.

While the exterior is nice, it’s the interior that really sets the Diamant apart. The whole thing is aggressively minimal, with the exception of the weird recycled marble pretzel steering wheel situation that still somehow manages to look more functional than Tesla’s trash-ass yoke design.

Prime content
Add Showtime, Starz, Paramount+, Discovery, and more to your Prime Video account for less than $1 each for the first two months of your subscription.

The Diamant’s dash features three gauges and is wrapped in woven horsehair. The floor gets mohair wool carpet, and there are brass and gold touches throughout. It’s real, real extra, and that’s its charm. There are some concessions to practicality, though. There is a cubby to store your phone on the dash, for example, and the seats — while definitely non-standard — look like they’d be comfy.

Regrettably, but unsurprisingly, Renault won’t sell you an R5 Diamant. After a few public appearances, it will likely disappear into a museum or vault somewhere. Still, if you simply have to have one of your own, Renault will be minting NFTs of the car, which means that you can overpay for a jpeg of the car and give your apes something to keep them company until their inevitably stolen. 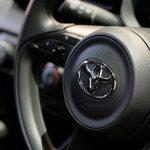 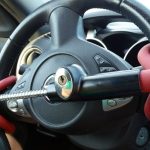 Improve your car’s security with a car steering wheel lock 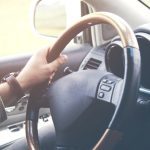 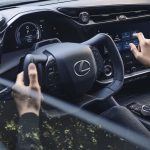 2023 Lexus RZ Will Offer Yoke-Style Steering Wheel in the U.S.

How far away should you be from the steering wheel? 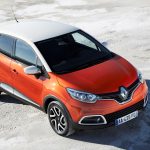