A neighborhood accident can be extremely disruptive and extremely dangerous. Local Southern California news outlets report that a crash in a San Pedro neighborhood nearly became a multi-vehicle accident after a driver hit an electric pole and fled the scene.

The crash happened around 11 a.m. on Wednesday. What appears to be a Toyota Highlander was speeding down 25th Street near the intersection of Meyler Street. Video from a home security camera facing the street shows a Toyota Highlander speeding down the street. A few seconds in, notice the Honda Element in the far right corner. The Element abruptly stops when, I’m assuming, the driver notices the speeding Highlander. Had that Element not stopped, this accident could have been a lot worse.

The Highlander then continued until it hit an electrical pole and fence of another house across the street. The speed and force of the impact caused the car to come to a rest on its side. The collision caused the entire neighborhood to lose power. Those that saw the accident rushed to help the driver out of the car. But, for whatever reason, he fought them off and fled the scene. Authorities are still searching for the driver and investigating the scene.

The L.A. area has seen a recent spike in hit-and-runs. Many of them have unfortunately turned deadly. It’s been reported that hit and run accidents are up 12 percent just this year. Traffic deaths are on the rise as well. LAPD data from the beginning of the year shows almost 300 people were killed in traffic accidents in 2021. 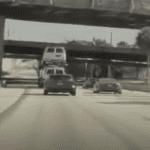 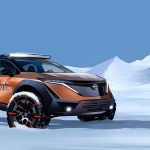 Driver Walks Away From Outrageous Super GT Crash at Fuji 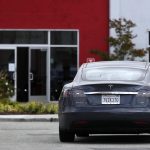 Tesla Driver on Trial for Autopilot Crash That Killed Two 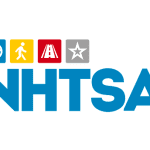 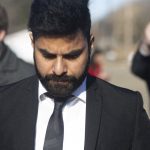 Punishment vs. deportation: What we can learn from the case of the truck driver in the Humbolt Broncos bus crash

Punishment vs. deportation: What we can learn from the case of the truck driver in the Humboldt Broncos bus crash
ShareTweetShare