U.S. companies had a lot to overcome in the latter half of 2022 with rising interest rates, more budget-conscious consumers and a sagging stock market. That’s left some of them in very tough spots at the start of the new year.

These five should be watched closely:

Carnival Corp. entered 2020 with a full head of steam, having reported record sales and profit the year before. Three years into the pandemic, it’s a different company.

The cruise line giant, like other ship operators, shut down for more than a year due to Covid. It sold new shares and borrowed heavily, tripling its long-term debt to $32 billion over the past three years. Rising interest rates will make that sum even tougher to pay down. 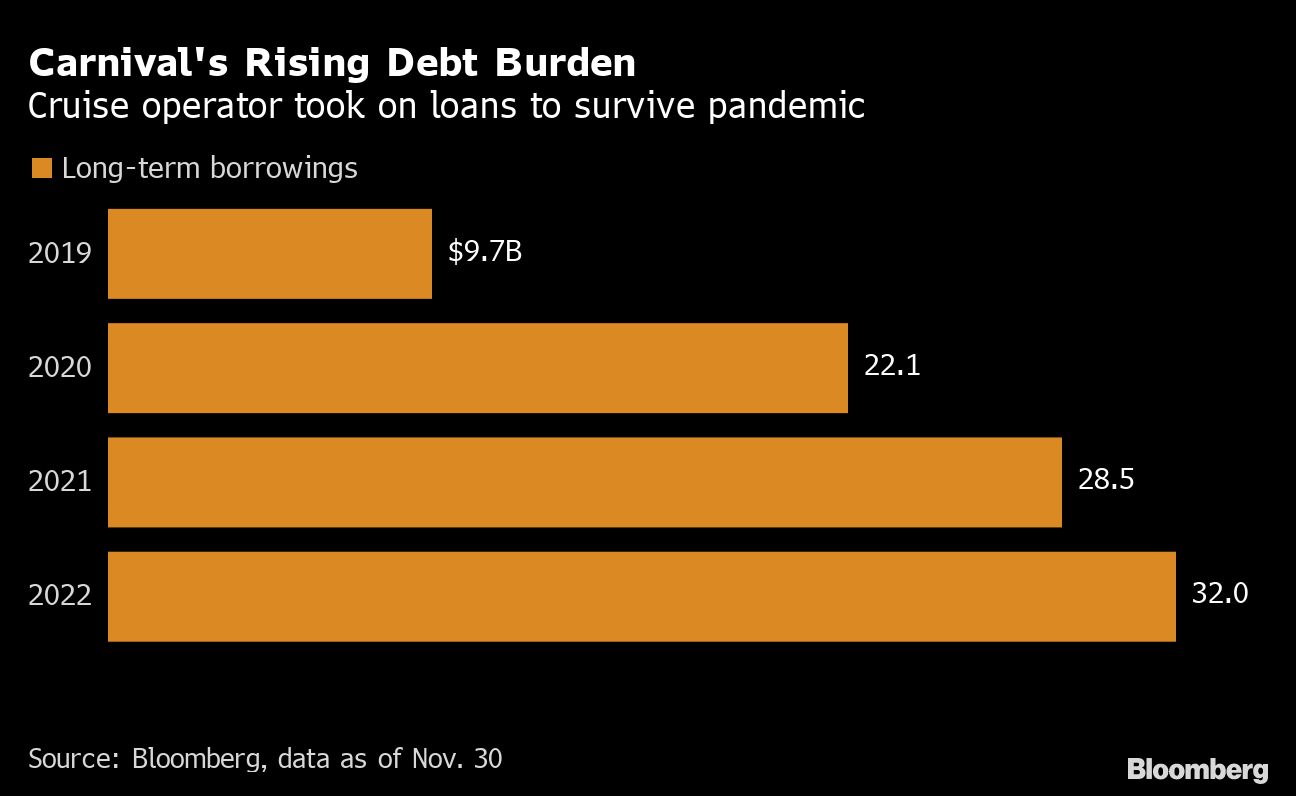 Meanwhile, Carnival’s fleet has shrunk by 11% as older and less fuel-efficient ships were sold or retired. Passenger capacity is about the same, as newly added ships are larger. The challenge for new Chief Executive Officer Josh Weinstein, who took over in August, will be filling the remaining vessels at prices that allow the company to return to profitability.

That’s been difficult in the wake of weakening economies in Europe and Covid outbreaks in China. The company said last week that Europe and Asia bookings for 2023 have trailed pre-pandemic levels, while North America and Australia are tracking ahead.

Weinstein hopes to entice people back to cruising next year with a significant step in advertising, and he’s working with each of Carnival’s brands to hone their position in the marketplace. On a recent earnings call he likened the company’s relaunch over the last 18 months to being “the world’s largest startup.”

Carnival shares trade as if more trouble lies ahead. The stock is down more than 80% since December 2019 — the worst performer among the three big cruise companies — and recently touched a 30-year bottom.  “At the end of the day, we think expectations are low,” said Credit Suisse Securities analyst Benjamin Chaiken.

It’s also been a rough year for Beyond Meat Inc. Sales of fake meat have fallen at grocery stores and product tests with fast-food partners didn’t result in any Beyond products becoming permanent menu items in the US.

Two separate rounds of layoffs eliminated more than 20% of employees, or about 240 roles. 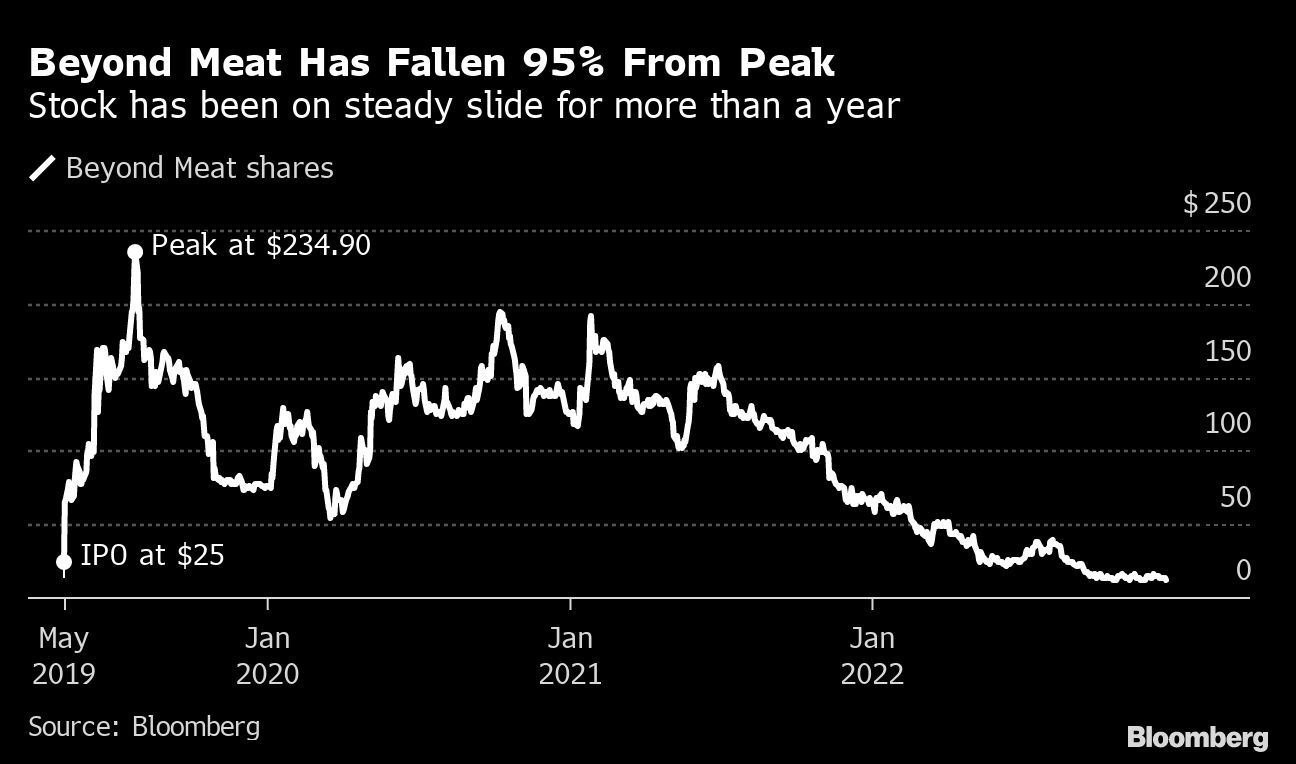 The company also endured its share of scandals — ranging from its chief operating officer being arrested in an alleged road-rage incident after a football game to a plant in Pennsylvania being linked to Listeria contamination and other safety issues. The COO, finance chief, head of supply chain and chief growth officer have all departed in recent months.

Beyond Meat says it will finally be cash-flow positive in the second half of 2023, but analysts are skeptical that can happen until sales stabilize. Quarterly spending has come down but the company had just $390 million in cash on hand at the end of the third quarter and more than $1 billion in debt.

CEO Ethan Brown maintains that plant-based meat will eventually replace the real thing. Investors are far from convinced; the stock has fallen about 95% from its peak in 2019 and short interest accounts for around 40% of the available shares. It’s unclear how long Brown — or his company — will survive without a meaningful turnaround.

That’s when when an interest payment is due on its 2029 bonds. If the company makes the payment, it could be a sign that it has a plan to restructure debt with creditors and carry on. If not, then bankruptcy “has to clearly be thought of as a possible outcome,” according to Bloomberg Intelligence analyst Joel Levington.

Carvana is in a real bind. The company aggressively bought used-car inventory when demand was high and sticker prices were soaring early in the year, relying on credit agreements and share sales to raise cash.

January 28, 2023 InsuNews
← How to Stay Healthy This Winter ← What makes OON claims so hard to process?