My husband died suddenly & unexpectedly at home on Feb 17,2022. He was not under the care of a PCP, so the death certificate was signed by the medical examiner (after waiting 15 weeks). The cause of death was listed as hypertensive and atherosclerotic cardiovascular disease.

He has a critical care illness policy with his insurance, Mutual of Omaha. They denied the claim. They told me the COD did not support the claim. The policy would cover if my husband had a heart attack but he COULD have died from cardiac arrest. The autopsy does not specify exactly what stopped his heart.

I can appeal this decision with “supporting documentation” such as an EKG or cardiac enzyme report. Since he did not make it to the hospital, he was pronounced at home, I do not have either.

His employer recommended I get a letter from his PCP…but he didn’t have one.

How do I claim for critical illness? 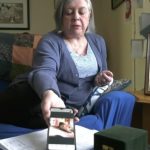 Why would a gap claim be denied?

Why would a gap claim be denied?

Which is an example of a denied claim?

How long do you have to have critical illness cover before you can claim?

Claim denied due to non-coverage
ShareTweetShare

← Confused on where to get life insurance from ← Starting a new job but health insurance doesn’t take effect until 60 days, can I shop on the Marketplace until then or do I not qualify?