House Ways and Means Committee members honored the memory of the late Rep. Jackie Walorski, R-Ind., Wednesday by uniting to pass bills that could improve Medicare and commercial health coverage.

One of the bills approved, Committee Print 117-4, would require the doctors and other care providers in a health plan’s provider directory to tell the plan, at least once a year, whether they were accepting new patients.

Providers would also have to say whether they were offering new patients in-person appointments, telehealth appointments or both.

Rep. Lloyd Doggett, D-Texas, said requiring providers to send in updates annually could help health plans keep their provider directories current. “I’d like to see it done much more frequently,” he said. “But at least this is progress in the right direction.”

If Committee Print 4 becomes law and works as supporters hope, you and your clients might soon have an easier time finding in-network doctors.

Ways and Means members endorsed Committee Print 4, and all of the other bills were considered at a “markup,” or bill consideration meeting, by a voice vote, as Walorski’s husband, Dean Swihart, and mother, Martha Walorski, looked on from seats in the hearing room.

Jackie Walorski died Aug. 3 in a car crash in Indiana at the age of 58.

“We know how much Jackie loved you,” Rep. Richard Neal, D-Mass, the chairman of the committee, told Walorski’s husband and mother at the markup, which was streamed live on the web. “You should know how much we all loved her. She was taken from us too early.”

Neal emphasized that Democrats and Republicans had worked together for two years on the provider directory bill and the other bills being marked up, and that Walorski had taken the lead in negotiations for one of the bills considered, H.R. 8876, the Jackie Walorski Maternal and Child Home Visiting Reauthorization Act of 2022 bill, which would renew and increase grant funding for state programs that send support workers into the homes of pregnant women, babies and small children.

Rep. Kevin Brady, R-Texas, the highest ranking Republican on the committee, said the last conversation he had with Walorski, over Zoom, was about H.R. 8876.

Members started out by agreeing to H.R. 8876 with a voice vote.

“You can clap,” Neal said after the bill passed.

Biden Supreme Court Pick Has Been Sympathetic to Insurers – ThinkAdvisor 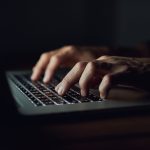 Uncover the sinister role of social engineering in Cyber Attacks 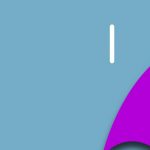 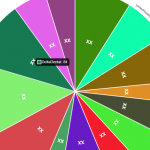 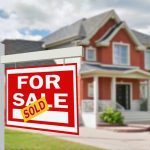 Will Housing Prices Flatten or Collapse?

Guardian Picks Talcott to Reinsure $7.4B in Variable Annuities