The fall-out from downgrades and insolvencies of property insurers that have been largely triggered by conditions in the Florida marketplace continues to spread to other states.

Once downgraded, or deemed insolvent by regulators in Florida, insurers are also struggling to retain policies in other states, or in the case of an insolvency their policyholders need to find another home.

As we reported earlier this week, the Texas Windstorm Insurance Association (TWIA) looks set for another expansion of its policy count and exposure, as it readies to accept policyholders who’s cover is being cancelled due to the insolvency of Florida-headquartered insurer Weston.

The same situation is unfolding in Louisiana, where the residual market, or insurer of last resort, Louisiana Citizens is also expecting a glut of new policies, which will expand its portfolio and exposure.

This is particularly important during the wind season, when a lapse in coverage due to a failed insurer could be a critical issue.

Weston, a Florida headquartered insurer with about 10,300 Louisiana policies, headed for insolvency recently, as its assets were deemed insufficient and the carrier failed to secure sufficient reinsurance for the hurricane season as well, including failing to complete an already-priced catastrophe bond.

Set to add to the inflow of new policies to Louisiana Citizens, United Property & Casualty Insurance Company (UPC), another Florida headquartered insurer that recently had its Financial Stability Rating downgraded by insurance rating agency Demotech, is also expected to result in some additional policy count.

Some UPC policyholders with mortgage-linked insurance policies may need to find a new insurer or be force-placed by their mortgage company, Louisiana expects, depending on a particular mortgage company’s guidelines.

As a result, Louisiana Citizens’ 60-day extension will also apply to UPC policyholders in that situation.

So it looks like the residual market in Louisiana is set for further expansion this year, driving an increase in exposure and potentially a need for additional reinsurance and risk transfer for the following year.

With Florida Citizens, Texas’ TWIA and also Louisiana Citizens all set to grow their exposure at this time, when reinsurance pricing is so much higher, it might be challenging for any of them to buy additional cover during the already underway wind season, meaning they may go through any hurricanes that threaten their states with more risk on their books than they had planned for. 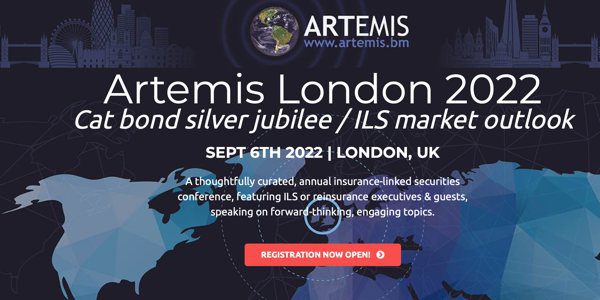 Register soon to ensure you can attend.

February 4, 2023 InsuNews
← Breaking Through Mental Health Challenges, One Brick At A Time ← What Is FR-44 Insurance vs. SR-22 Insurance?