It’s fair
to say golf enjoyed a healthy bounce-back in 2022 after the previous couple of
years were mired by you-know-what.

With things now back to normal in the world of sport (at least on the face of it), it’s time to take stock and reflect on the last twelve months and what 2023 has in store for golf.

We sat down with eight-time Ryder Cup player, three-time European Ryder Cup captain, and Golf Care ambassador Bernard Gallacher to chat through the highs and lows of 2022, and what he thinks we’ll see in the year ahead.

Here’s what he had to say…

Rory McIlroy was the standout performer in 2022, despite not winning a Major. His superb, consistent play throughout the season and his Tour Championship win still meant he finished up the leading money winner on the PGA Tour. He also finished number one on the DP World Tour from only 10 starts and won the much-coveted Vardon Trophy for the fourth time. He currently sits top of the world golf rankings and is unlikely to move any time soon.

Scottie Scheffler had a fantastic season which saw him win The Masters, the WGC-Dell Match Play, and finish tied in second place at the US Open, just one stroke behind Matt Fitzpatrick. Tour colleagues also voted Scheffler the 2022 Tour Player of the Year.

Justin Thomas won his second PGA Championship in 2022, on the tough Southern Hills Golf Course in Oklahoma—beating Will Zalatoris in a play-off. Thomas’ low winning score of -5 was a real reflection of the difficulty of the course, which had narrow fairways, thick rough, fast greens, and was played in pretty strong wind.

Sheffield’s Matt Fitzpatrick lifted the nation’s spirits when he won the US Open, following in the footsteps of Tony Jacklin and Justin Rose. He clenched victory at the Country Club in Brooklyn—the same venue where he won the US Amateurs in 2013. Matt has a good, no-nonsense technique, an excellent temperament, and one of the best caddies around in Billy Foster. I predict more Major wins ahead.

Cameron Smith won the landmark 150th Open at St Andrews in 2022. He also won the Tour Championship at Sawgrass and The Sentry Tournament of Champions in Hawaii with a PGA Tour record score of 34 under par! He also won the Australian PGA in his home nation, but his deflection to the LIV Tour means it’s difficult to predict the future.

John Rahm is another golfer who had an outstanding season despite not winning a Major. However, he recorded two runners-up on the US Tour before winning the Mexican Open to claim his seventh win on the PGA Tour. Over on the DP World Tour, Rahm won the Spanish Open for the third time at Club de Campo in Madrid, before winning the season-ending DP World Championship in Dubai—not bad!

Twenty-five-year-old Cameron Young only turned pro in 2019 but is an outstanding prospect. A product of the Korn Ferry Tour, he first came to attention when he finished third in the USPGA Championship and was runner-up to Cameron Smith at the Open.

Tom Kim is only 20 but was the leading money winner on the 2021/22 Asian Tour. He finished third in the co-sanctioned Scottish Open, which won him ‘Special Temporary Membership’ on the PGA Tour, which he won twice on—at the Wyndham Championship and the Shriners Children’s Open in Las Vegas. He becomes only the second-ever player to win twice on the PGA Tour before age 21—the first was Tiger Woods!

Lydia Ko has been a prodigious talent even from an early age. She was the number one ranked women’s pro golfer at just 17. Still just 25, she was won 19 tournaments to date on the LPGA and a further 12 tournaments around the world. She finished the 2022 season by winning the Ladies Tour Championship and the LPGA Player of the Year.

Charley Hull plays on both the LPGA Tour and the Ladies European Tour. She’s been one to watch ever since she turned professional in 2013, winning the 2014 Order of Merit and Player of the Year. Hull has represented Europe at the Solheim Cup five times, and won the Ascendant LPGA in Texas in September. I particularly admire her swing, but her general attitude also means she has the potential to win Majors in the future.

24-year-old Nelly Korda has one Major
win to her name at present, and has won an impressive eight times on the LPGA and
twice in Europe. She’s also a reigning Olympic champion, currently sitting
number two in the world rankings behind Lydia Ko, having previously held the
number one position. It’ll be a good battle between the two to see who comes
out on top in 2023. 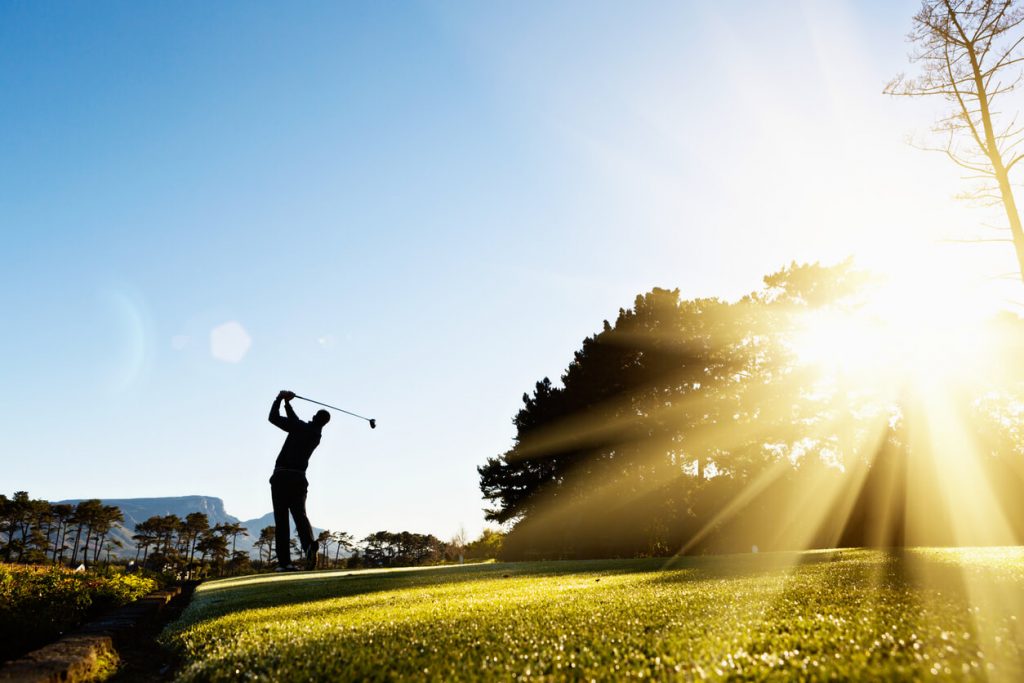 How can we not talk about LIV Golf?

Greg
Norman’s tour continues to disrupt the game and cause major issues to the
traditional, well-established Major tournaments. The PGA Tour, in particular,
sees LIV Golf as a real existential threat.

Personally,
I’m not at all confident that the ongoing issues can or will be resolved in
court, purely because there’s such ill feeling on both sides of the argument.

Players like Bryson DeChambeau, Phil Mickelson, Sergio Garcia, Brooks Koepka, Bubba Watson, Matthew Wolff and Martin Kaymer all had pretty anonymous seasons by their standards, and LIV’s supposed star player Dustin Johnson looked way off the pace when he dropped down to a tie for sixth place at the Open in July.

The reality
is that playing just eight tournaments a year is simply not enough to maintain
a good competitive game. In 2023, however, LIV says it will consist of 14
tournaments—but even that is still short of ideal.

The Masters has already confirmed it will allow LIV golfers to compete in 2023, but we’ve no confirmation regarding the other Majors yet. Time will tell. 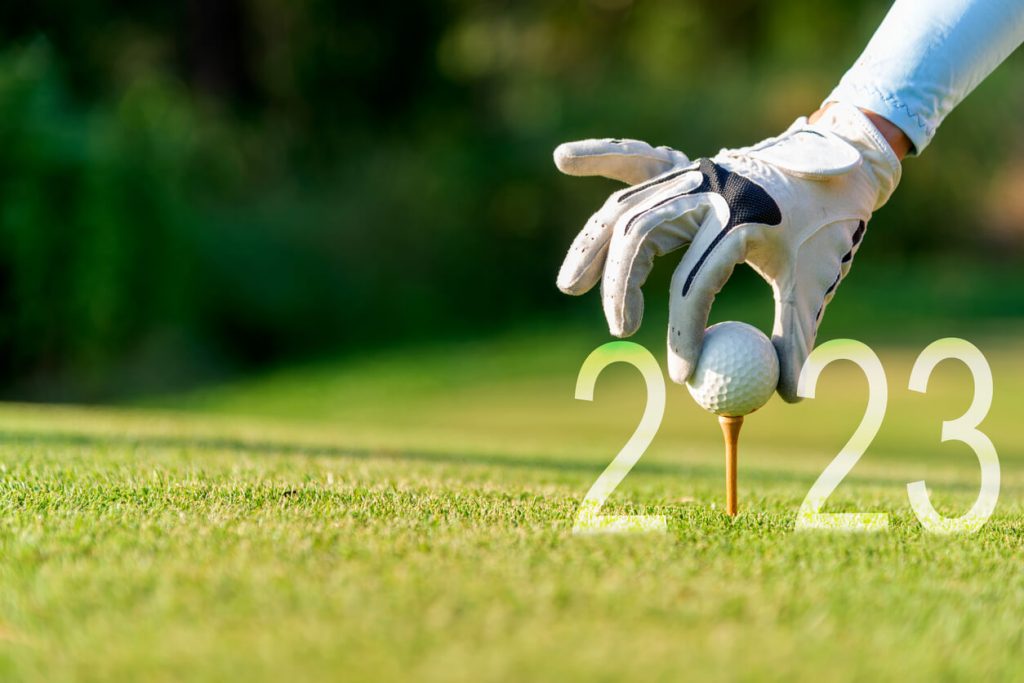 2023 is Ryder Cup year, which gives Europe a chance to redeem themselves after the humiliating 10-point loss at Whistling Straits in 2021.

The European side will have huge partisan support in Rome—something which was, of course, missing in the US due to COVID travel restrictions.

I fully
expect Europe to put on a much better display than in 2021, but they may have
to play without the likes of Sergio Garcia, Lee Westwood, Paul Casey and Ian
Poulter as things stand. Captain Luke Donald will have a few sleepless nights
when he comes to picking his wild cards, that’s for sure.

The Solheim
Cup is also taking place in Spain in September. Suzann Petterson, who holed the
winning putt at Gleneagles in 2019, is the European captain, while Stacy Lewis
captains the American side.

Europe won the last time out in the US, and I expect an equally-exciting match between two pretty evenly-matched sides this time, too.

2023 also
sees the phasing in of various changes to the Rules of Golf. The rules are
somewhat complex, but perhaps the most notable changes to mention are the new modifications
for players with disabilities.

From January, a new Rule 25 consisting of multiple provisions for those living with disabilities will automatically apply to all competitions and all forms of play, instead of it being down to individual competition committees deciding whether to adopt such rules and provisions on a tournament-by-tournament basis. This can only be a good thing as far as inclusivity in golf is concerned.

We should also acknowledge Tiger Woods as we look ahead to 2023. The veteran golfer has vowed to compete in the four Major tournaments despite his ongoing injury problems, and I sincerely hope he does. It’s hard to imagine the big tournaments without him. 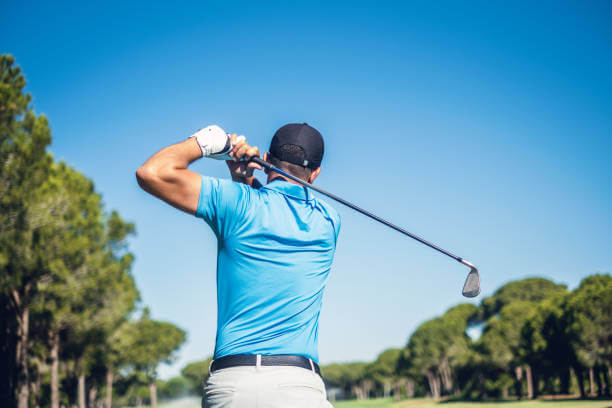 Of course,
the best golfers in the world are all well-established and well-known. But what
about those more ‘on the fringes’, as it were, with exciting futures ahead?

We asked Bernard that exact question.

Big things were expected from Jordan Smith after he won the prestigious Porsche Open in 2017, but his form has dipped since. However, he secured an emotional win at the Portuguese Open more recently, so here’s hoping he can now kick on with his career.

Richard Mansell is a product of the Challenge Tour, and gained his full status on the European Tour back in 2020. With one professional win and a second-place finish in the 2020 Andalusia Open under his belt to date, he also led the 2021 Alfred Dunhill Links Championship by four strokes going into the last four. He fell away in the end but will still have learnt lots from the overall experience.

These young Danish twins were the first brothers to win back-to-back tournaments on the European Tour in 2021. They’re both outstanding prospects with a bright future in golf for sure.

Adrian Meronk became the first-ever Polish golfer to win on the European Tour when he won the Horizon Irish Open in 2022. Even more recently, he held off Adam Scott to win the Australian Open by an impressive five strokes. He stands at an almighty 6’6 and is another I expect to go on to achieve big things in golf.

Scottish golfer Connor Syme turned pro in 2017 after a stellar amateur career, and featured in the Walker Cup the same year. He’s got no wins so far on the DP World Tour but is more than ready to break through in 2023.

The 22-year-old Spaniard was ranked number two on the Amateur World Rankings before turning pro in 2021. He currently plays on the LIV Tour, where he won the Bangkok Invitational this year. It still remains to be seen whether he’ll reach his full potential playing on the LIV Tour, but the ability is undoubtedly there.

Linn Grant is a Swedish golfer of Scottish heritage through her grandfather. She turned pro in 2021 after an outstanding amateur career, and already has nine professional wins under her belt, including the Volvo Car Scandinavian Mixed on the DP World Tour—making her the first woman to win on a men’s Tour. She won the 2022 Ladies European Tour Order of Merit and is also qualified to play on the LPGA. She has the potential to emulate her compatriot Annika Sörenstam—arguably one of the best women’s golfers of all time.

Already looking forward to the new season? You might want to consider protecting yourself with specialist golf insurance, too, in the meantime.

With Golf Care, policies include Equipment cover up to £7,500, Public Liability of up to £10m and much more. Cover is also underpinned by the ‘Ripe Guarantee’, which guarantees great cover and service to match at an affordable price.

Click on the banner below to learn more about specialist golf insurance with Golf Care.

Pros and cons of protein powder: increase your intake safely

What is cheerleading? (definition & benefits)

February 1, 2023 InsuNews
← Happy holidays from Insurance Business Australia ← These Were the Best Trades in 2022