This month, the Canadian Centre on Substance Use and Addiction issued revised recommendations for lower-risk alcohol consumption. The new guidelines state that no amount of alcohol is “safe” and that individuals should drink no more than two standard drinks per week in order to minimize their risk for chronic diseases, such as cancer.

The report also acknowledges the reality that 40 per cent of Canadians, aged 15 and older, drink more than six standard drinks per week – meaning that many of us exceed the new recommendations for low-risk alcohol consumption.

Given the role that alcohol plays in many of our lives, its of little surprise that people are reacting to these new recommendations with a fair degree of skepticism. At the heart of the emerging debate are two contradictory truths:

The more alcohol you drink the greater risk you subject yourself to; and,
You can still have good reasons for drinking more than public health officials say you should.

As a social and behavioural epidemiologist, I have worked extensively to understand how people perceive risk, the factors that shape whether individuals engage in so-called “risky” behaviours, and how assessments of risk can create stigma for individuals who flout social norms. Much of my work has been focused on sexual and gender minorities, youth who use drugs and other marginalized populations.

I have learned that many of the behaviours that you or I might think of as “risky” are actually adaptive responses that help individuals meet their fundamental needs as human beings.

For example, people who engage in risky sexual behaviours describe feelings of intimacy and connection with their sexual partners. Those who drink alcohol or use other drugs report that these substances help them unwind — making it easier to come out of their shell and connect with friends and family.

In other words, people derive benefit from these stigmatized activities.

Considering the social benefits of alcohol

For thousands of years, our ancestors have derived benefits from alcohol — whether those benefits be the added nutrition from being able to eat and metabolize fermenting fruit from the forest floor or its benefits as a so-called “social lubricant.”

However, the authors of the new guidelines and the studies that underlie them often ignore these benefits arguing that they are inconsequential to health.

However, as the lead researcher on a national study aiming to develop Canadian Social Connection Guidelines, I would argue that the social benefits of alcohol use are fundamentally important to the development of public health guidelines for alcohol consumption.

Just as most people do not know that alcohol increases your risk for cancer, most of us also don’t realize that poor social health is just as, if not more, harmful than smoking, drinking, being obese, sedentary living and exposure to poor air quality.

In fact, the list of diseases and conditions that have been linked to social disconnection is expansive and includes depression and anxiety, psychotic disorders, cardiovascular disease, cancer, diabetes, neurocognitive impairments, poorer immune response, inflammation and poor metabolism.

While decades of research have warned about the dangers of loneliness and social isolation, public health bodies have not fully embraced the need to prioritize social connection.

Reconciling the benefits and consequences of alcohol is certainly a challenge. This is especially difficult given that many studies on alcohol risk fail to capture meaningful dimensions of social life.

For example, studies rarely account for the social context of drinking when measuring the impact of alcohol on poor health. Similarly, the fact that many drinkers may have been exposed to high levels of second-hand smoke has not been fully accounted for in estimating its health consequences.

Measuring these potential confounders is especially important given that even if alcohol doubles or triples your risk for a given cancer, the risk in the first place may have been extremely low. Measuring very small changes in risk is hard. More and better studies are still needed. 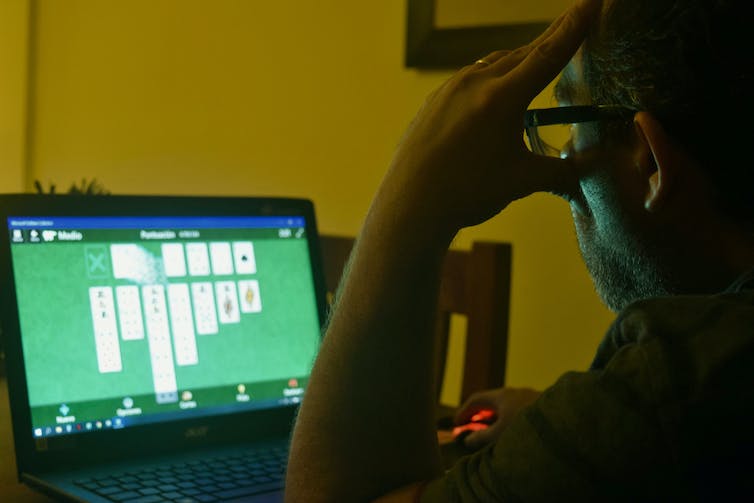 Our society also needs to do better in supporting campaigns that teach people the importance of social health and help them develop social skills, so they don’t need to rely on alcohol as a social lubricant.
(Unsplash/Romina Mosquera)

These future studies must also account for the benefits of alcohol use. Within the context of the new guidelines, the report suggests that the potential harm from consuming even 14 drinks per week (which is well above the new two drinks per week threshold for low-risk alcohol use) appears to be very modest: less than a year of lost life expectancy, on average.

Many of us may be willing to make these trade-offs in order to live a happier life overall.

Meanwhile, studies on the functional benefits of alcohol on social health have reported benefits from moderate drinking. These benefits are likely due to alcohol’s promotion of endorphins — which play a key role in social bonding.

Considered along with a growing body of research that emphasizes meaningful social connections as the most important determinant of happiness and well-being, these studies suggests that we (at least those of us who feel a little more social after a drink or two) might benefit more from drinking alcohol than abstaining from it.

Of course, we certainly should find ways to reduce our alcohol consumption, perhaps by finding alternative social lubricants, including cannabis. Our society also needs to do better in supporting campaigns that teach people the importance of social health and help them develop social skills, so they don’t need to rely on alcohol when a well-timed joke might do just as much to break the ice.

Moderation in all things

In summary, I agree with the authors of the new alcohol guidelines that alcohol risk is best represented along a continuum: drinking two or fewer drinks per week creates negligible-to-low risk, drinking three to six drinks is moderately risky, and drinking more than six drinks puts you at higher risk for poor health.

However, these estimates must be considered alongside the other important determinants of our health and happiness. Truly, none of us can lead risk-free lives and most of us probably don’t want to anyway.

Drinking and suicide: How alcohol use increases risks, and what can be done about it

Guinea worm: A nasty parasite is nearly eradicated, but the push for zero cases will require patience