Obesity costs South Africa billions. We did the sums

Globally, it is widely acknowledged that obesity-related conditions and their complications add hugely to healthcare costs and productivity losses. In turn this adds a large burden on individuals, their families and on governments.

One estimate suggests that of the total health expenditure on the continent, 9% is attributed to dealing with people who are overweight and obese.

We conducted research to calculate the cost of obesity to South Africa’s health system. Our aim was to estimate the direct healthcare costs associated with the treatment of weight-related conditions based on public-sector tariffs.

Among the most expensive conditions to manage were diabetes and cardiovascular diseases.

Quantifying the financial costs of overweight and obesity also gives national policy-makers a sense of the scale of the cost to the state, those of managing their diseases, and the costs to the community.

Scale of the problem

Half of all adults in South Africa are overweight (23%) or obese (27%). And the World Obesity Federation anticipates an additional 10% increase (37%) in obesity among adults by 2030. Overweight and obesity hugely increase the risk of noncommunicable diseases. This burden contributes to the country’s high prevalence of diabetes, or example. An estimated 11% of people older than 15 had diabetes in 2021. This is much higher than Nigeria’s prevalence of 4%.

Around 12 million people suffer from weight-related diseases for which they receive treatment in the public sector. These include diabetes, hypertension, cardiovascular disease, arthritis and some cancers.

This does not include the numerous undiagnosed people with diabetes and hypertension who are not on treatment. Nor does it include people being treated in the private sector.

These noncommunicable diseases cause life-altering illness, disabilities, and premature death.

Our research calculated the cost of obesity starting at age 15. In doing our calculations we looked at the following: cancers , cardiovascular diseases , diabetes , musculoskeletal disorders , respiratory diseases and digestive diseases.

We costed each in detail and used the prevalence of those diseases to measure the cost to the system, taking account of healthcare use patterns.

In South Africa, the biggest share of the R33-billion (US$1.9 billion) annual cost comes from treating diabetes (R19,86-billion). Cardiovascular disease (ZAR 8,87-billion) had the second biggest share. These costs are, in turn, mainly driven by the cost of medication and hospitalisation. Diabetes and hypertension-related conditions are among South Africa’s top-ten causes of death. Digestive diseases, such as gallstones and diseases of the gallbladder, contribute the least (R395-million).

Diabetes (95%) and arthritis (58%) are the diseases that are mostly caused by overweight and obesity.

Overall, 53% of total healthcare costs of managing and treating these diseases in the public sector was attributable to the overweight and obesity problem. South Africa shares this dubious distinction with other high- and middle-income countries such as Brazil, South Korea, Thailand and Colombia. Our results are similar to the World Obesity Federation’s estimate of R36bn.

We also warn that the R33-billion is an underestimation of the economic cost. We used public-sector tariffs, which we calculated as 60% of private sector costs. We also excluded costs such as clinical screening and the treatment of comorbidities, such as amputations as well as potential costs for the undiagnosed.

And our findings don’t include the indirect costs of productivity losses resulting from absenteeism. We also didn’t consider premature death as a result of overweight- and obesity-related diseases.

Putting a health problem in monetary terms may create a sense of urgency to find ways to reduce future expenditure on the direct costs of healthcare, and to reduce future losses to the state from the consequences of illness and premature death, including the knock-on effects of worsening poverty as a result.

This is particularly problem in a setting such as South Africa, which already has a drastically under-resourced public-health system, shockingly high unemployment, and both under- and over-nutrition crises that are aggravated by obesogenic environments and poverty-driven food choices.

Until now, no detailed country-specific information on the economic cost of overweight and obesity in sub-Saharan Africa has existed. Based on our research, South Africa’s burden is even higher than the African or global averages: 15.38%of overall government health budget, which equates to 0.67% of GDP.

Unless rapid steps are taken to decrease obesity and overweight, the health system will buckle under this strain, and the planned National Health Insurance scheme will not succeed in producing equity in health services.

The opportunity costs of overweight and obesity – and the diseases they often bring with them – are both personal and national. It is difficult to quantify the personal disability in monetary terms – the benefits of vastly improved quality of life are priceless. 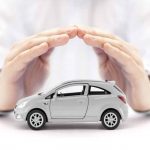 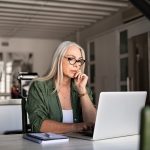 What to Do if You're Denied Life Insurance – Motley Fool 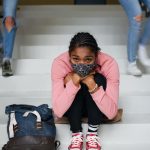 Is it too late to get travel insurance?

Is it safe to travel to Botswana right now?

What are the types of private insurers?

How do I file a claim with Progressive?
ShareTweetShare

← Does having health insurance reduce recidivism? ← Practices to Minimize Your Fleet’s Insurance Costs