• This 1995 Lexus SC400 has us seriously considering a new daily driver.

• Not only does it have a silken 4.0-liter V-8 and a comfortable ride, the graceful styling hasn’t aged a day in the nearly 30 years since it rolled off the lot.

• This well-cared-for example has just under 120,000 miles, with the no-reserve auction over on Bring a Trailer going until Thursday, January 26.

This 1995 Lexus SC400 up for auction on Bring a Trailer has us pondering what it takes for a work to be classified as fine art. Clearly the Mona Lisa makes the cut, and no one who has seen Starry Night would argue it doesn’t make the cut—but what about a V-8 sports coupe? Surely the elegant lines of the SC400, because the car has utility? Even as the performance lags behind modern cars, the superb styling of the SC400 looks as good today as when it launched in 1992. We’re no art critics here, but we do have strong opinions on automobile styling— and this 1995 SC400 has us considering our next daily driver.

The coupe for sale on BaT right now comes in a boring beige option, but even that isn’t enough to darken our thoughts on this car. It spent most of its life in Virginia, and was sold for $7400 on Bring a Trailer to the current owner in June, 2022. The 4.0-liter 1UZ-FE V8 was rated at 250 horsepower and 260 lb-ft of torque when new. The car has recorded just under 120,000 miles, and oil change was performed in preparation for the sale. 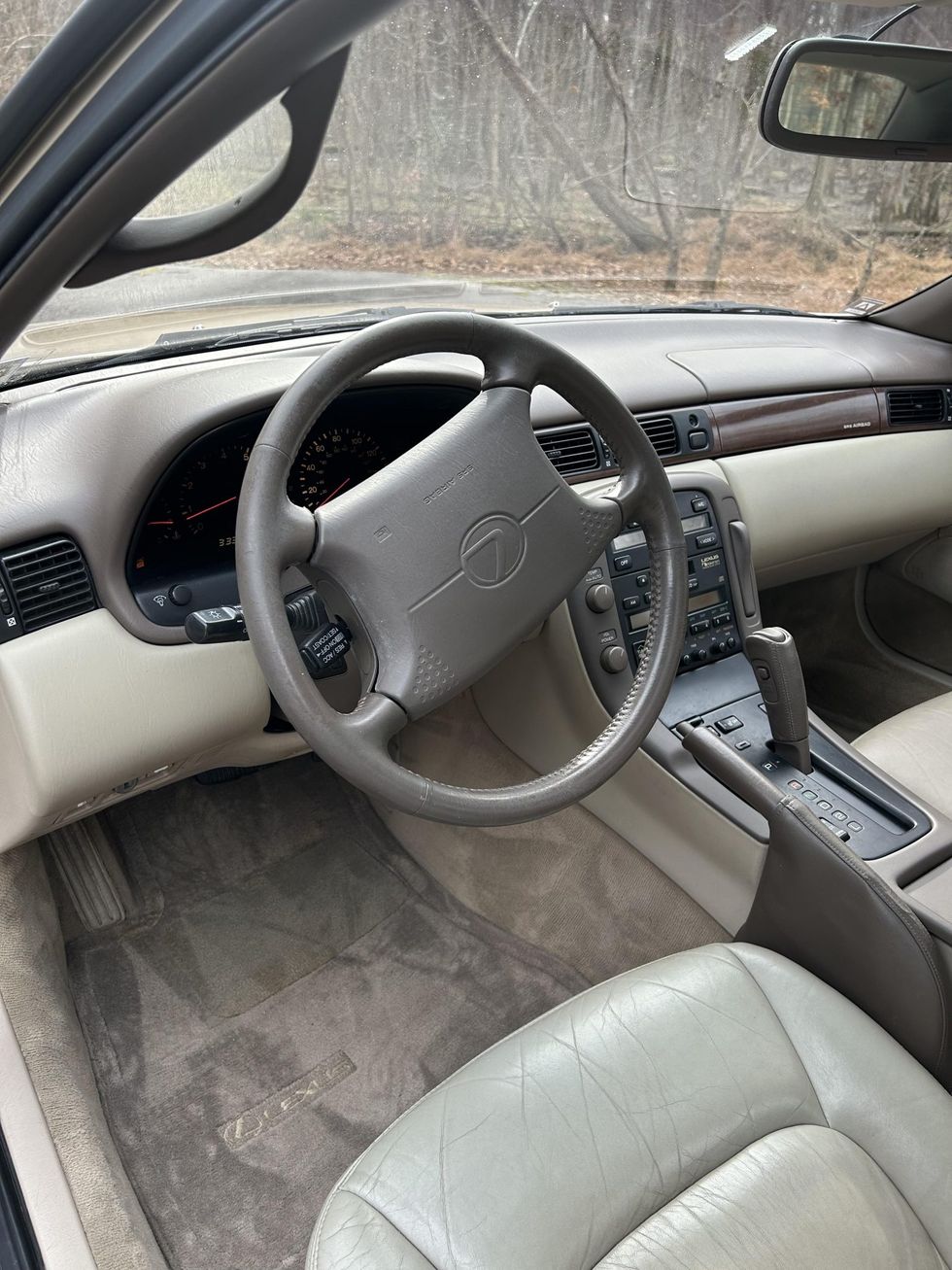 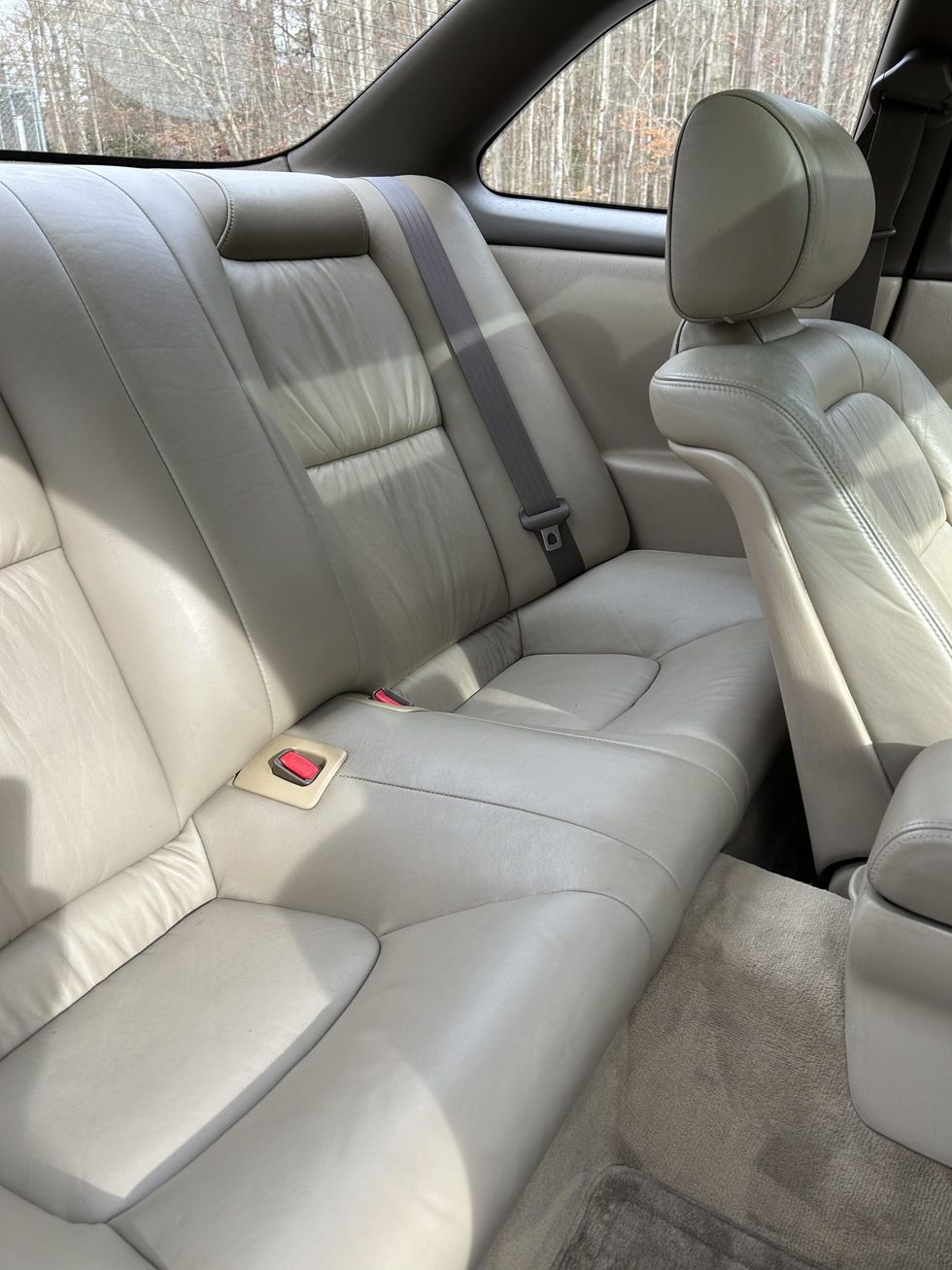 It isn’t just a looker; it’s fun to drive, and had impressive performance for its time. It’s all in the name “sports coupe.” Nearly all new cars today can put up better figures, but the 6.7-second launch to 60 mph and 145-mph top speed are more than adequate performance for a daily driver. We recorded 0.86 g of lateral grip when we first tested the SC in 1991. The modern Hankook Ventus V2 tires, mounted in April 2022 would likely improve on the already impressive grip. 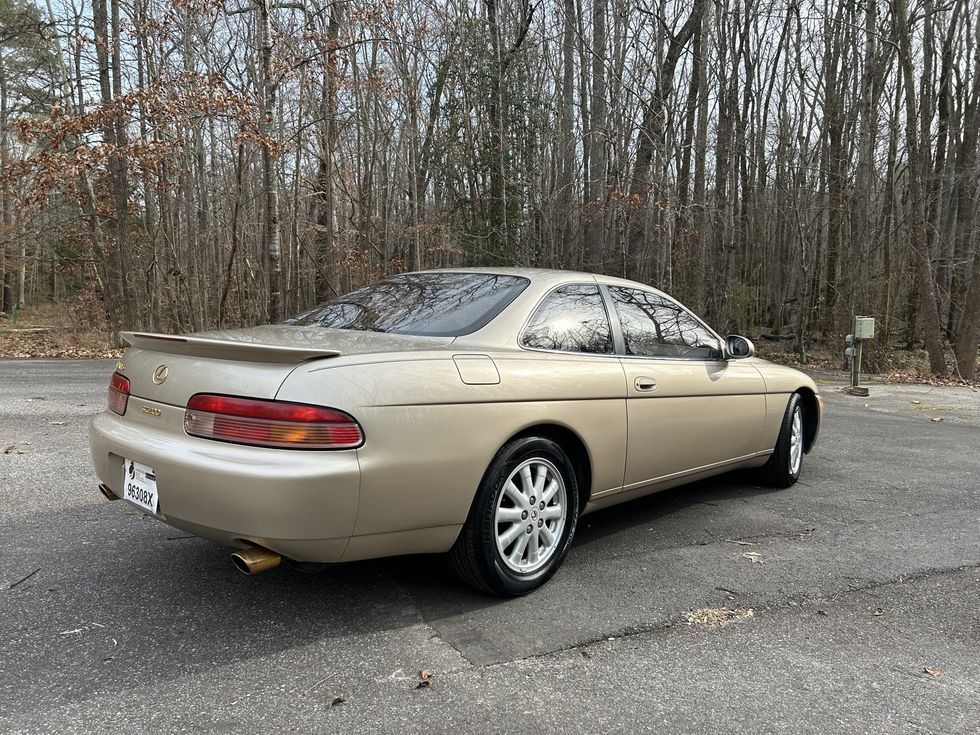 In terms of amenities, the cabin has heated and power-adjustable front seats upholstered in beige leather, while bird’s-eye maple wood trim accents the dashboard and door panels. Automatic climate control, cruise control, power accessories, and a trunk-mounted Nakamichi premium audio system with a 12-disc CD changer round out the equipment. The listing refers to paint blemishes, which can be seen up close. They may ruin this car’s shot at any future concours, but they do little to detract from its overall beauty.