The Consumer Electronics Show, better known as CES, returns for 2023, and the automakers are planning plenty of exciting announcements. Though it’s known as a broader tech show, CES has become a big deal for the automotive industry, with many reveals happening here in recent years. CES 2023, which will take place January 5–8 in Las Vegas, will include announcements from Ram, Volkswagen, and many others. We’ve rounded up the big news we know about and will continue updating this post as more info becomes available.

Ram will show a concept version of its upcoming electric pickup at CES this year. Called the Ram 1500 Revolution BEV concept, this will preview Ram’s upcoming EV that has been teased already and should hit the market soon. While we’re not sure how indicative this concept will be of the eventual production version, we do expect Ram to provide some big claims in terms of horsepower, driving range, and hauling capability.

Stellantis, Ram’s parent company, will also show a Peugeot concept called the Inception. Peugeot is a French brand that isn’t likely to come to the U.S., but it may feature interesting styling or technology features that could propagate to other Stellantis models on our shores. 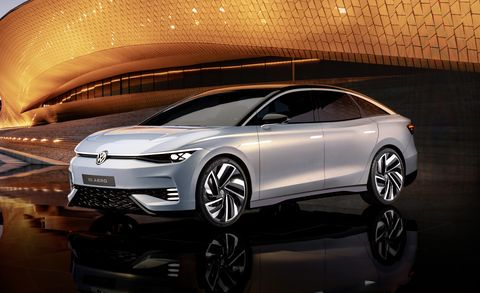 VW says it is showing a new ID concept car, and we think it will be a version of the ID.Aero electric sedan it showed a few months ago. This new addition to the ID lineup emphasizes its aerodynamic nature in the interest of driving range and efficiency, and should slot in above the ID.4 in terms of price. VW says it will be displayed in camouflage, which means it’ll likely be close to the production model.

Sony and Honda are partnering to build electric vehicles, and the two companies will be making some sort of announcement at CES this year. While we don’t know if this means a new car or not, but we’re hoping this announcement makes as big of a splash as Sony’s last concept car, the Vision S prototype shown at CES in 2021. 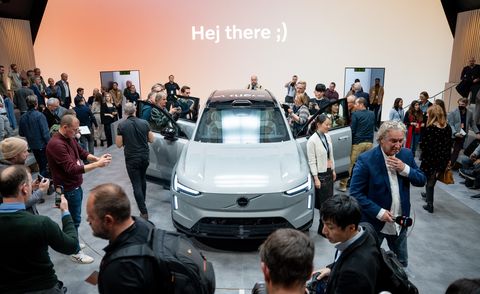 Revealed in Sweden in November, Volvo’s new electric SUV will be making its North American debut at CES. It’s scheduled to go on sale in the U.S. in early 2024 and promises 496 horsepower, 300 miles of range, and a starting price of around $80,000.

Audi will be showcasing a new “virtual-reality experience platform” that allows for new gaming possibilities for rear-seat passengers.

BMW will reveal something that it describes as “the ultimate digital driving machine.” CEO Oliver Zipse will be making a keynote address.

Mercedes-Benz says it will be making announcements about future electrification plans, driver-assistance technologies, and in-car entertainment features. It will also reveal a collaboration with some sort of entertainment brand.

Canoo, a startup automaker that plans to build EV pickups and vans, will be displaying some of its vehicles at CES.

Vinfast, a Vietnamese automaker with plans to enter the U.S. market, will be displaying four electric SUV models and electric bikes. The company will be offering rides in the VF8 electric SUV, and the other three models will include the VF6, VF.7, and VF.9.

Taxi drivers have been helping veterans for 75 years