When the first Insights appeared in American Honda showrooms in late 1999, the era of production gas-electric hybrids on our streets officially began. That car was so cramped and goofy-looking, despite being a 60-mpg masterpiece of fuel-efficient design, that few paid it much mind … but then the Prius arrived here about a year later. The Prius looked and drove like a reasonably normal car, yet got unbelievable fuel economy. Competitors took note, and more production hybrid models hit the roads. GM jumped in fairly early, with a semi-hybrid package on the 2004 Silverado, but that wasn’t a true hybrid (in which an electric motor provides power to the wheels). After Ford introduced the Escape Hybrid for 2005, The General got busy and developed the Saturn Vue Green Line with a genuine gas-electric powertrain. Making its debut in the 2007 model year, the Vue Green Line didn’t sell particularly well but brought General Motors into the hybrid-electric big leagues. Here’s one of those first-year machines, found in a Denver-area boneyard recently.

GM’s Saturn Division began selling high-performance “Red Line” editions of the Ion and Vue for the 2004 model year, followed by the Sky Red Line when that car debuted for the 2007 model year. The Red Line cars got cool-looking square badges with horizontal red stripes, and so it made sense to make a green version of that badge for the Vue Green Line. 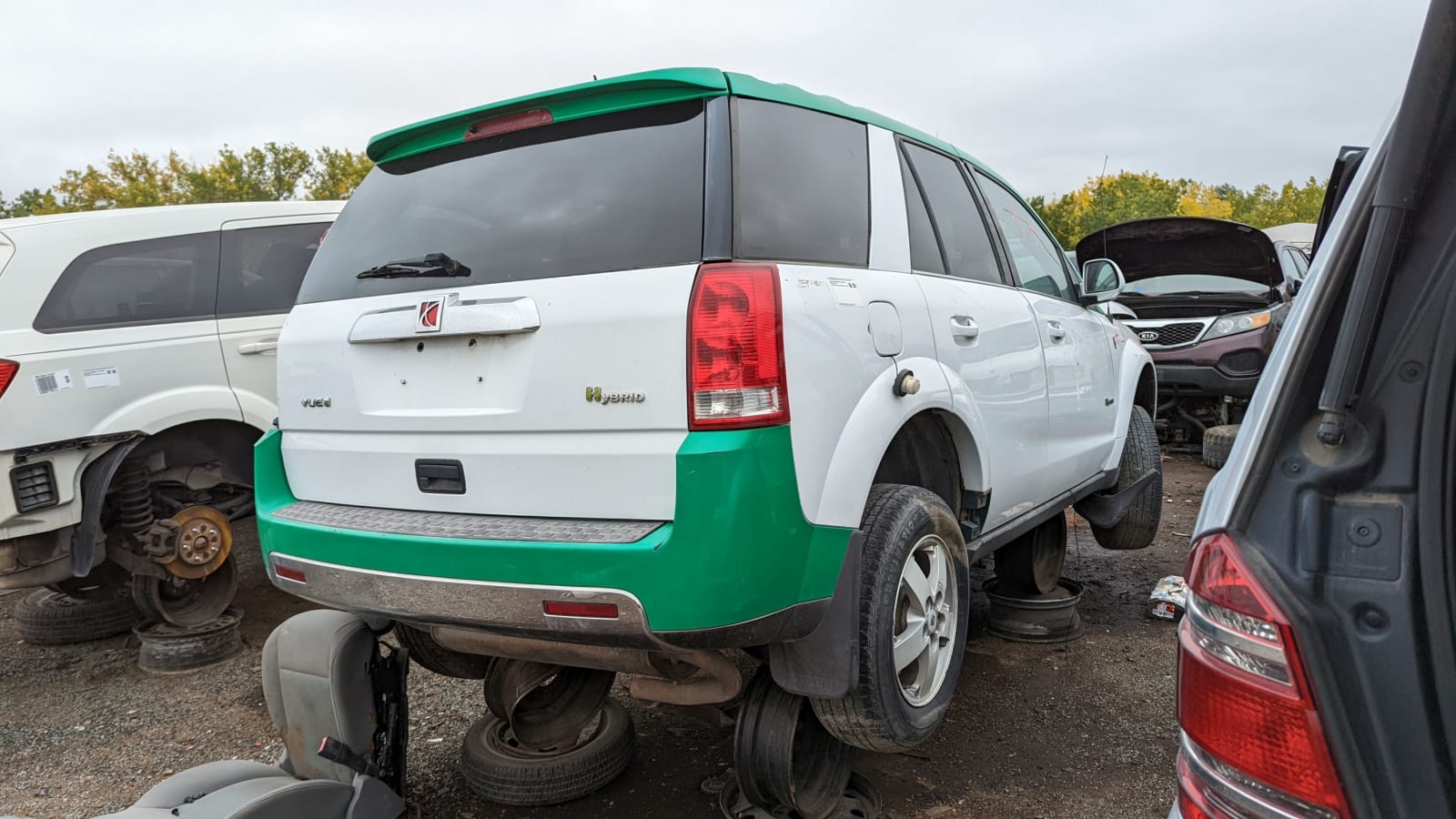 I’ve managed to find just one Red Line Saturn after all these years of documenting automotive history as seen in the junkyard, so I was pleased to add a Green Line Saturn. Naturally, both Green Line and Red Line badges now adorn my garage wall. 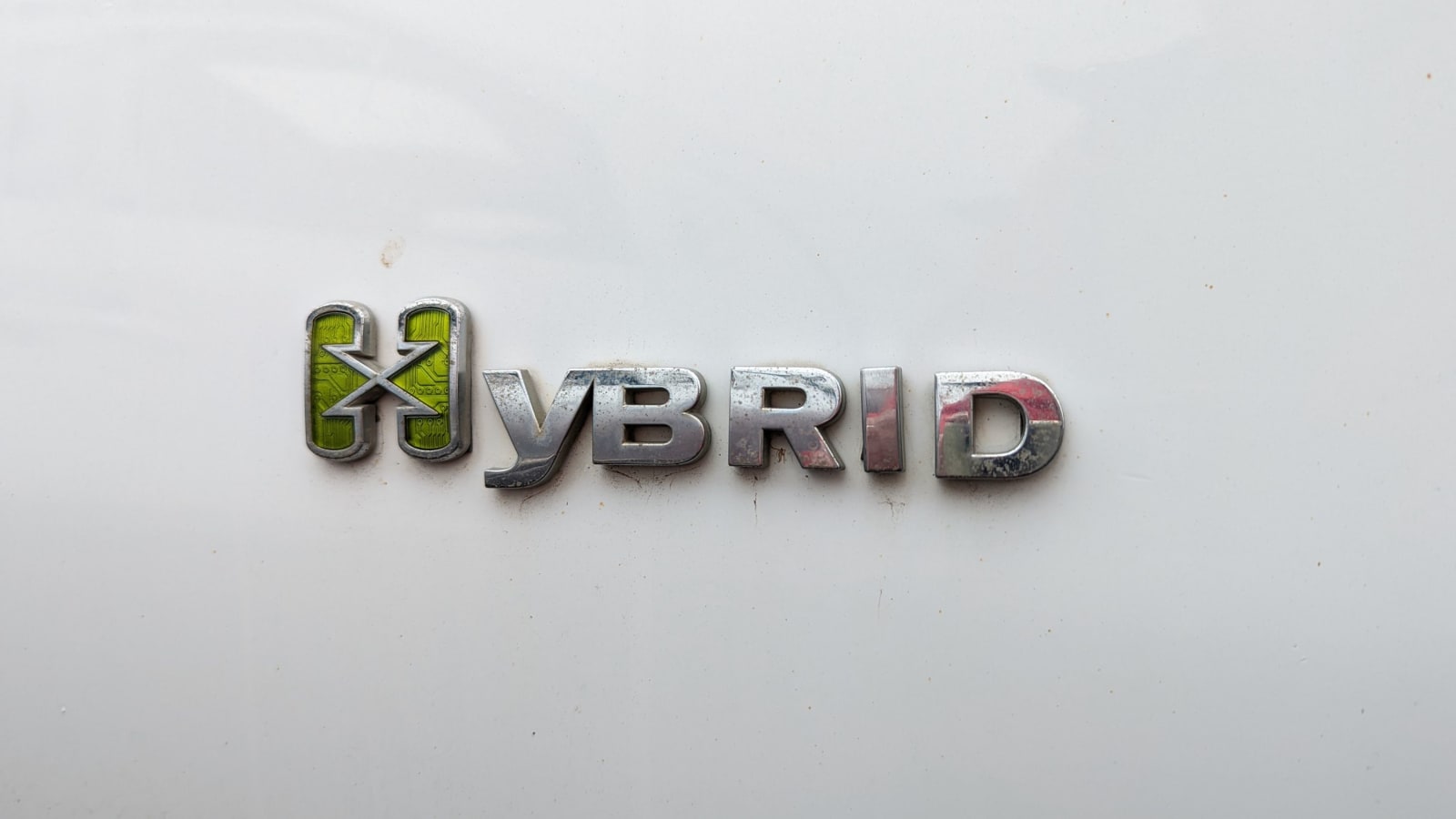 It appears that Saturn dropped the Green Line name and badging for the Vue after 2008, with the Vue Hybrid name being used in 2009-2010 (at which point GM shut down Saturn itself). 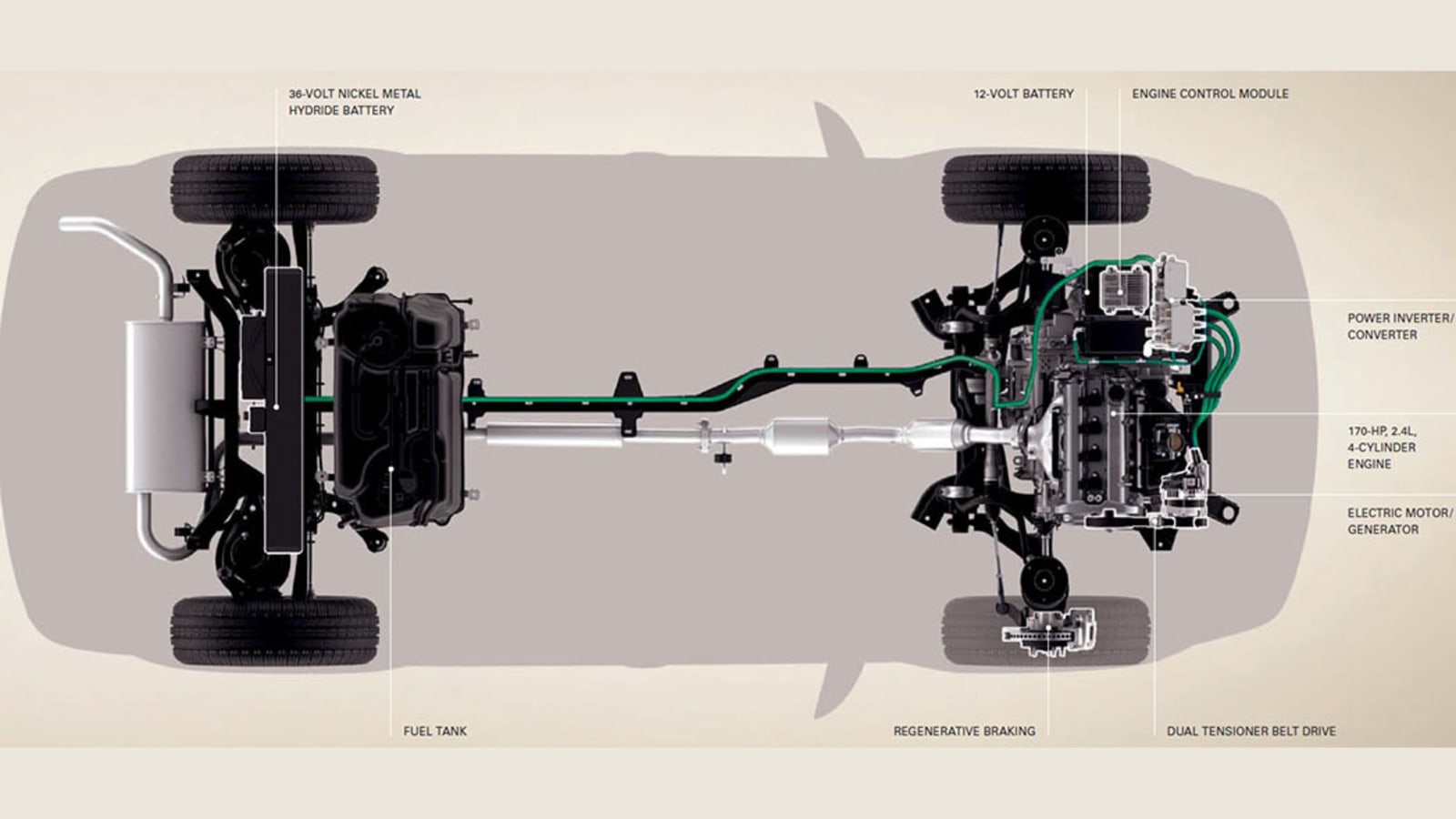 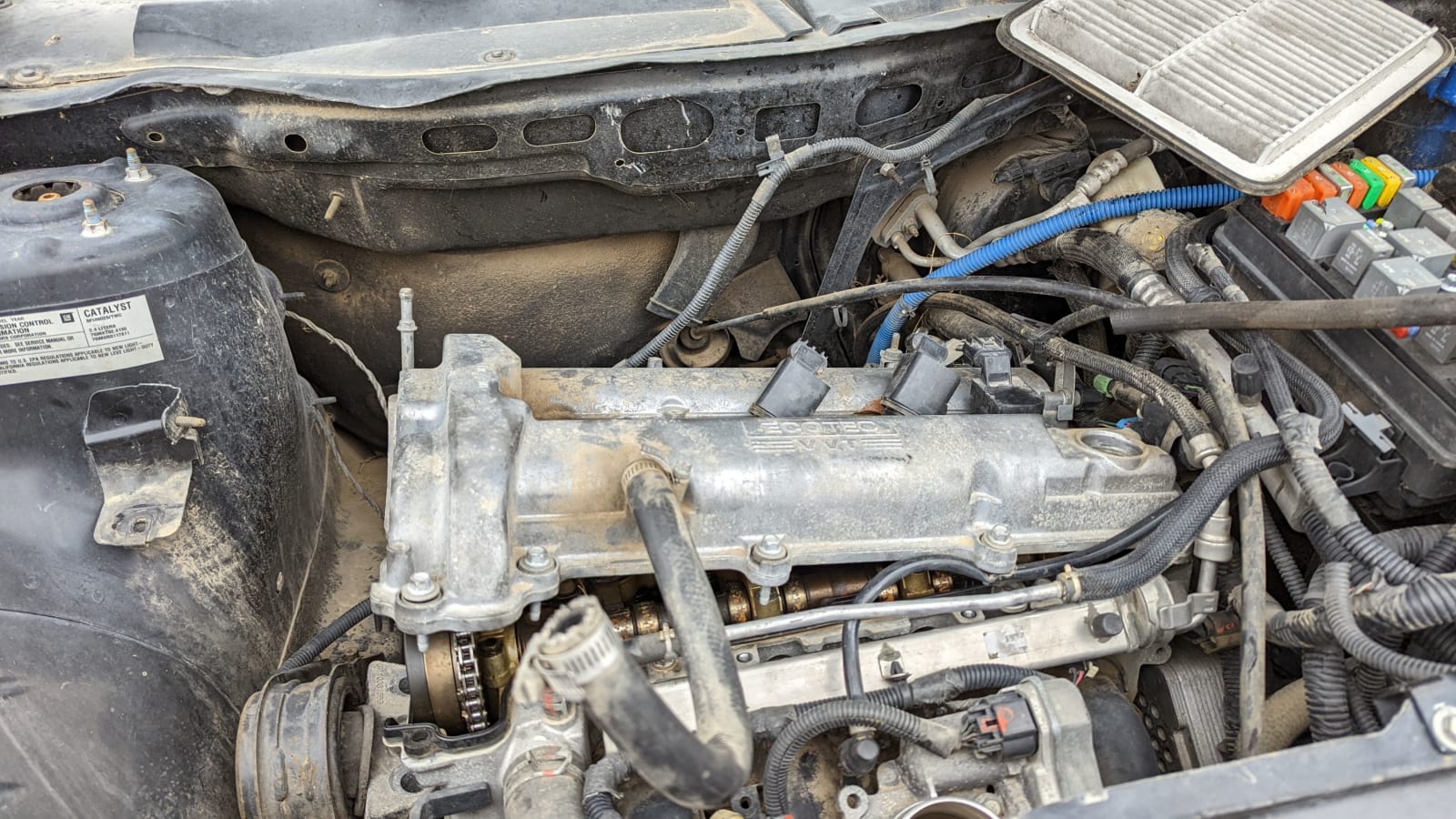 The ’07 Green Line got a 2.4-liter Ecotec making 170 horses, a bit better than the base Vue’s 2.2-liter version and its 144 horsepower. Front-wheel-drive and a four-speed automatic were mandatory. The powertrain setup resulted in fuel economy of 23 city/29 highway mpg, versus 19/25 mpg for the base ’07 Vue with 2.2 and automatic (with a five-speed manual, which almost no Vue shoppers even considered, the base non-hybrid Vue’s mileage improved to 20/27 mpg). 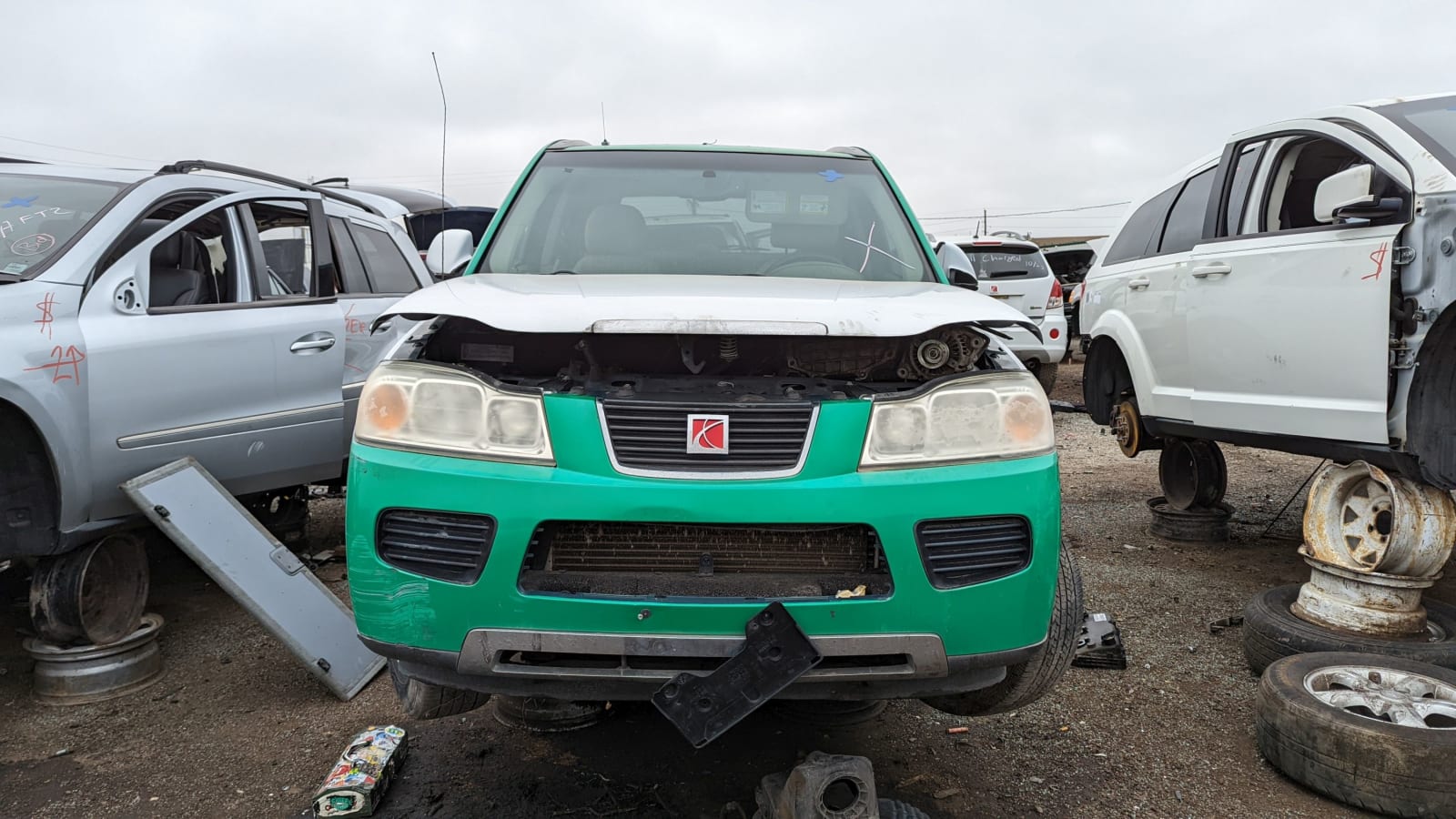 The green-and-white color scheme on this one suggests that it spent its life as some sort of fleet car, perhaps a taxi or shuttle. 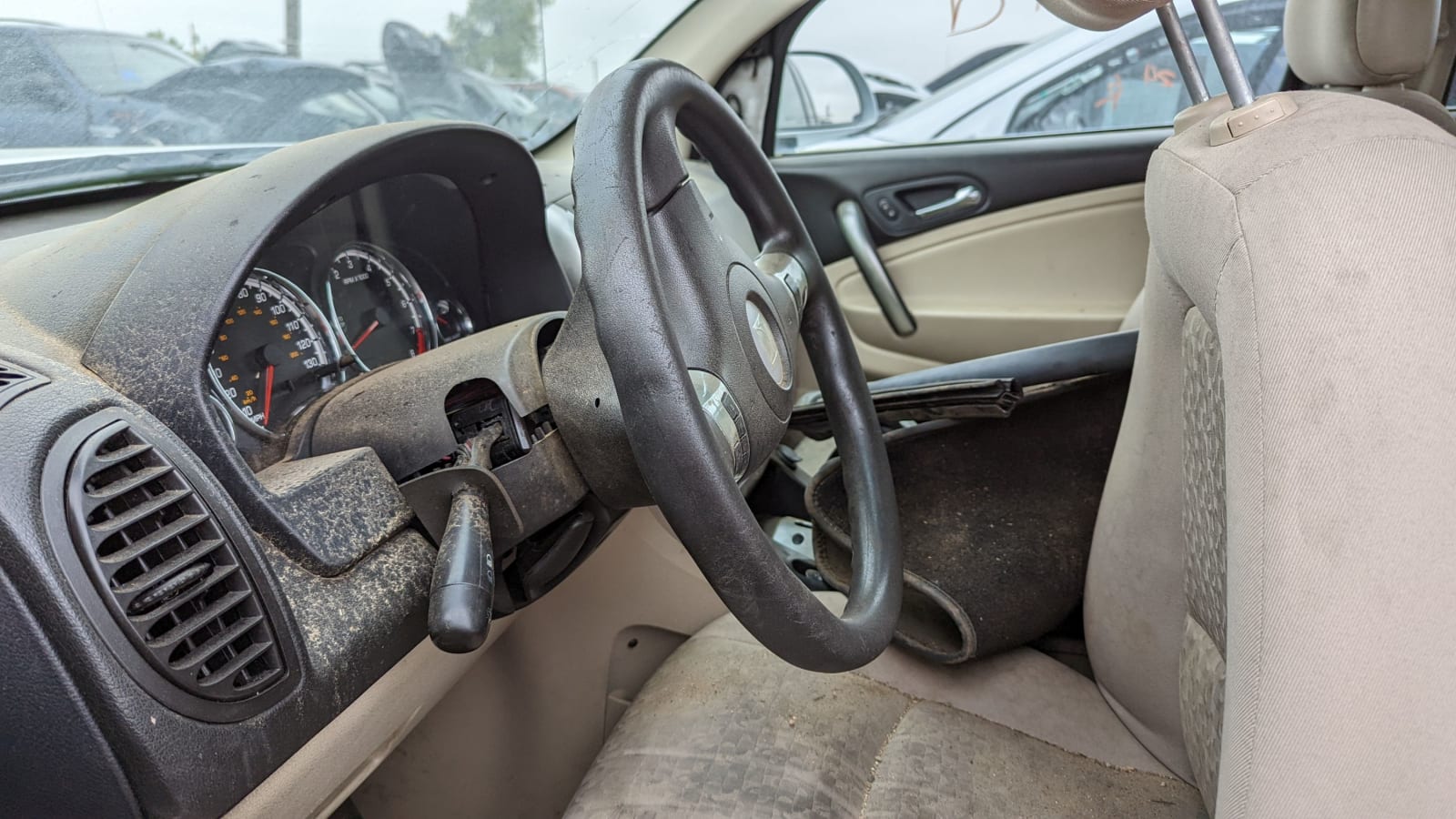 COVID remains a global emergency, the World Health Organization says, but we’re at a transition point. What does this mean?