SUVs are absolute cash cows, and because of that, automakers don’t often take risks in their design and execution. Oh, sure, the occasional Evoque Coupe or Murano CrossCabriolet slips through the cracks, but by and large most SUVs have four doors, two or three rows of seats and a hatchback for your cargo.

But in the 1990s, carmakers were still experimenting with SUVs, so things occasionally got weird, and nothing embodied weirdness quite like the Suzuki X-90. Half SUV, half coupe, half roadster (three halves – see, super weird), the X-90 was all about fun in the sun. It was wild and had lots of personality. Suzuki’s li’l guy was unlike anything else on the road. 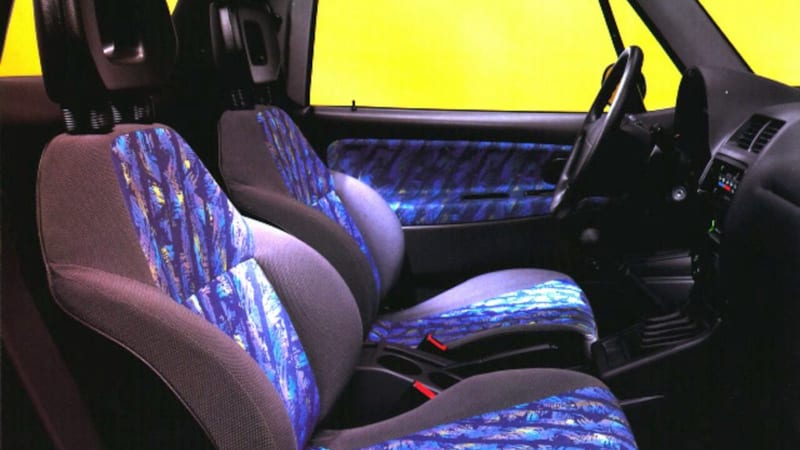 Why is the Suzuki X-90 a future classic?

The X-90 was Suzuki’s followup to the ill-fated Samurai – you know, the SUV that was “easier to flip than a toilet seat,” according to reports from the time. The X-90 was much safer, with standard features like driver and passenger airbags, as well as antilock brakes, but it still fully embodied the Samurai’s have-fun-anywhere ethos.

“Cute utes” were a growing subset of small SUVs in the ‘90s, and wow did the X-90 fully lean into this demeanor. It was tiny – only slightly longer and taller than a modern Fiat 500 – with two doors, two seats, a removable T-top roof and a sedan-like trunk with a spoiler for added flourish. Its 6.3 inches of ground clearance gave it a tiny-tough trucky stance, and you could get it in vibrant colors like purple and teal. It even had seat fabric that looked like ‘90s jazz cups. So cool.

What is the ideal example of the Suzuki X-90?

Since it was a low-volume product that was only sold for a couple of years (adding to its scarcity today), there weren’t many differences between the X-90s that came to the U.S. All of ‘em were powered by a 1.6-liter inline-four engine with a blistering 95 horsepower and 98 pound-feet of torque. Buyers could choose between rear- and four-wheel drive, as well as a four-speed automatic or five-speed manual transmission. Going for the stick-shift gave you a slight edge on fuel economy, with the EPA rating both RWD and 4WD X-90s at 24 mpg combined, compared to 22 mpg with the automatic. 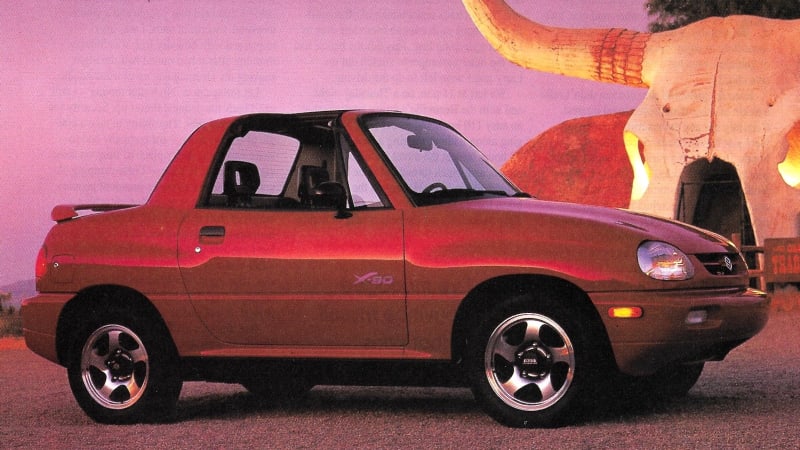 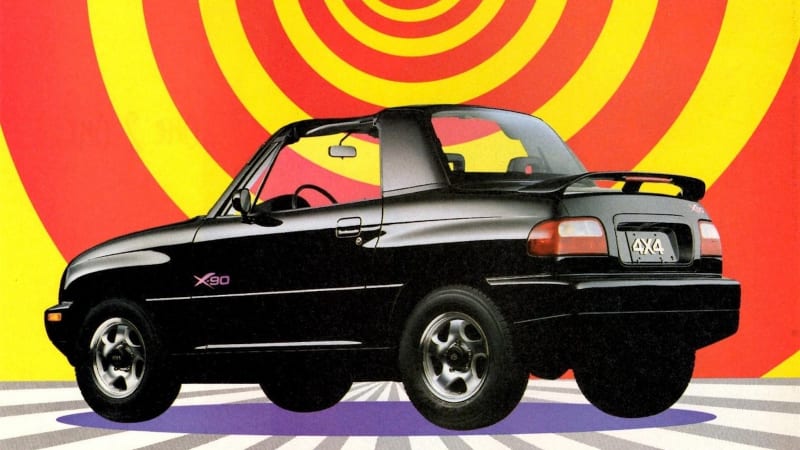 Considering its core mission was all about having a whale of a time, the smartest way to spec an X-90 is with the five-speed manual and four-wheel drive. Road tests from the ‘90s claimed the X-90 was actually quite plucky off-road with four-wheel drive engaged, and the manual transmission gave you better control at slower speeds. On the other hand, the X-90’s 86.6-inch wheelbase and stiffly sprung suspension gave it a somewhat bouncy highway ride, but that’s going to be the case no matter which transmission or driveline you choose. If you’re shopping for one, definitely look for one of the more interesting colors. Purple really suits the X-90 best.

Our used vehicle listings can be helpful to find a good deal near you. Narrow the offerings down by a radius around your ZIP code, and pay attention to the deal rating on each listing to see how a vehicle compares with others in a similar area.

Are there any good alternatives to the Suzuki X-90?

The ubiquitous Jeep Wrangler is the first two-door convertible SUV that comes to mind, though there are certainly more interesting choices from the period. Toyota sold a two-door RAV4 with a convertible rear, and Isuzu offered a similar experience with the Amigo. You could go back a little further and try to pick up a Samurai – or something comparable like a Geo Tracker – but, again, flippable. Newer is safer.

Still, even compared to those alternatives, the X-90 is the most interesting of the bunch. Options like the RAV4 and Amigo still followed a traditional SUV form factor, with the convertible top exposing the rear, rather than letting drivers get the wind in their hair. The X-90 was a different kind of SUV for a different kind of customer. But with low sales leading to its death after only a couple of years, it’s understandable why no carmaker has tried to revive this formula when conventional two-box SUVs continue to rake in the dough.

February 4, 2023 InsuNews
← Liberty Mutual reports $835m net hurricane Ian loss ← 'Most advisors have not seen an opportunity this good in their careers'