A recent study published by Breeze gauged the financial impact that eight weeks of unpaid maternity leave can have on people in the U.S.

When asked how else they would cover the high costs associated with a newborn, 56% would consider taking on an “uncomfortable amount” of credit card debt. Another 54% would look into taking out a personal loan. 54% would consider drawing from one of their more-active daily investment accounts to cover their maternity leave expenses. And 49% said they would think about drawing from a retirement account to cover costs.

The highest percentage of women who responded answered with a “10” when asked to judge the potential financial setback from 8 weeks of unpaid maternity leave on a scale from one (no setback) to 10 (major, possibly permanent setback). The average answer was seven.

This series of data points is not surprising considering the U.S. is one of only a few countries without a federal paid maternity leave policy and just 19% of employees get paid leave through their employers, there’s not much in the form of financial assistance if you don’t know where to look.

There’s a potentially helpful financial safety net for pregnancy and unpaid maternity leave. Short-term disability insurance, but the study found many people are unaware of this product.

When respondents were asked if they’ve considered taking out short-term disability insurance as a way to protect their finances against unpaid maternity leave, just 38% answered “yes” while 62% answered “no.”

It can be a way to keep some income flowing in while on unpaid maternity leave for eight weeks or even longer. The benefit money can be used on any of life’s expenses, like rent payments or groceries or doctor visits.

LIMRA found that “pregnancy” is the most commonly-cited reason for short-term disability insurance claims.

Additionally, a consumer will almost always have to take out short-term disability insurance before they are pregnant for it to cover pregnancy. If taken out while pregnant, the pregnancy will get counted as a pre-existing condition and not trigger a benefits payout.

With the two above paragraphs in mind, be sure to read the fine print and ask questions about short-term disability insurance before relying on it for pregnancy and unpaid maternity leave. If a short-term disability product does in fact cover pregnancy, it can certainly be incredibly effective in helping people stay financially afloat during those first couple of months 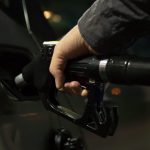 What is the difference between red and white diesel?

A Guide to The 1 October 2021 Income Protection Changes 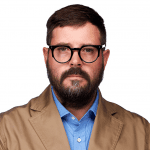 How does Unum define disability?

How do I pay my premium online?

What are the different types of business interruption covers?
ShareTweetShare