Just seven years before the American Motors Corporation was gobbled up by Chrysler (to get the Jeep brand and some valuable Renault engineering), the folks in Kenosha produced a revolutionary vehicle that turned out to be too revolutionary: the Eagle. A comfortable car—not a military-style jouncy-riding truck— with raised ride height with an idiot-proof all-wheel-drive system, we’d call the Eagle a crossover today. Back in 1980, most weren’t quite sure what to make of such a vehicle, but the Eagle proved popular in Colorado and I still find examples in Denver-area car graveyards to this day. The SX/4 was the sporty liftback version, a rarity even in Colorado, and I managed to find this ’81 in an Aurora yard last month.

The first Eagles were based on the AMC Concord, with coupe, sedan and wagon versions available. Starting with the 1981 model year, an Eagle-ized version of the AMC Spirit became available, with the three-door liftback getting SX/4 badges (yes, Suzuki used a nearly identical name on a similarly configured crossover, a quarter-century later). There was even a hatchback called the Kammback that was clearly derived from the Gremlin. 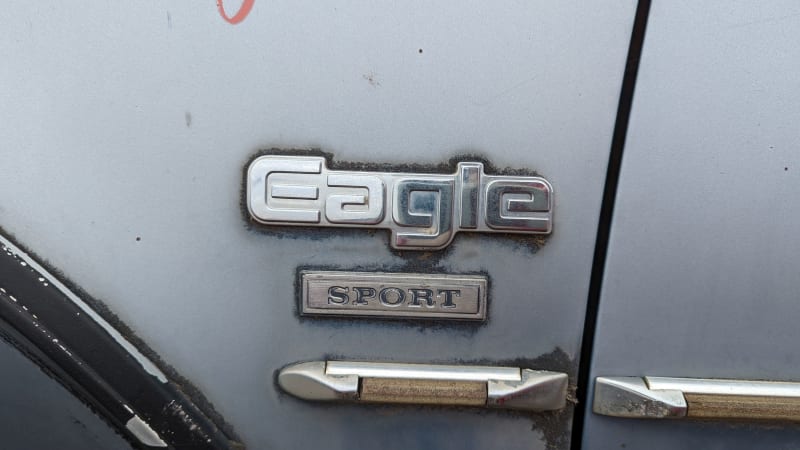 This one was sold with the Sport option package, a $472 upgrade over the SX/4’s $7,269 list price (that’s about $1,610 on a $24,800 car when figured in inflation-adjusted 2022 dollars). The Sport package came with many comfort and appearance upgrades plus better tires. 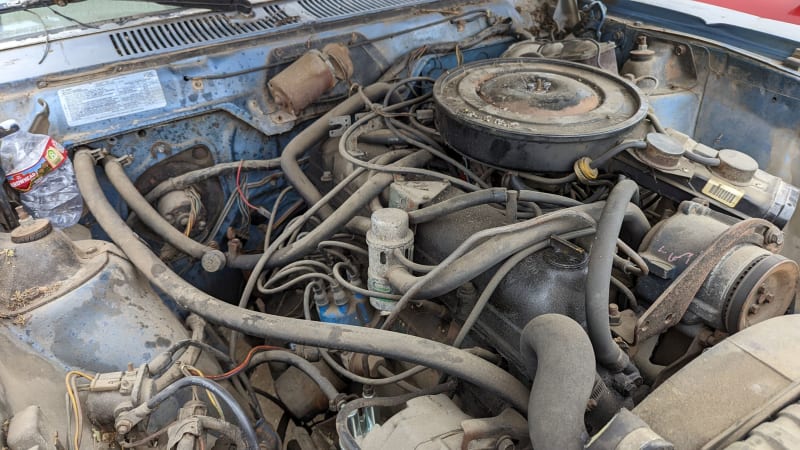 The base engine was GM’s tractor-ish Iron Duke four-cylinder and its 82 horses, but this car has a genuine American Motors 258-cubic-inch (4.2-liter) straight-six with 110 horsepower (cost: $136, or around $465 today). A 4.0-liter version of this engine was installed by Chrysler in new Jeeps until the mid-2000s. 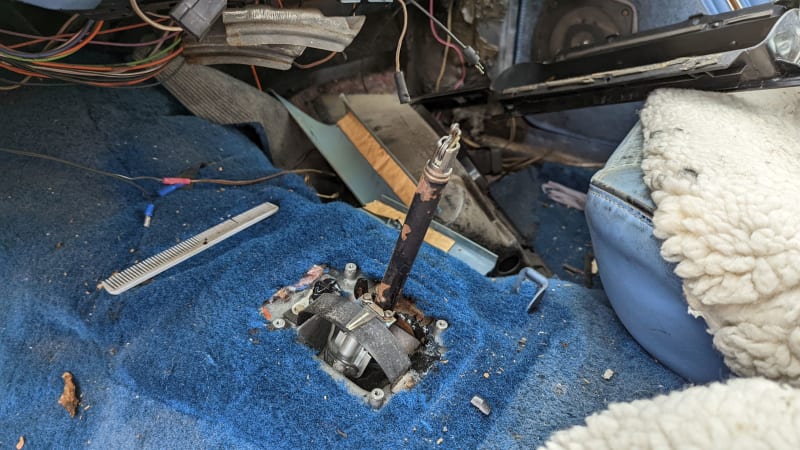 A four-on-the-floor manual transmission was standard equipment, and that’s what this car has. If you insisted on a two-pedal setup, the three-speed Chrysler Torqueflite slushbox was available for 350 smackers (that’s 1,195 smackers now). 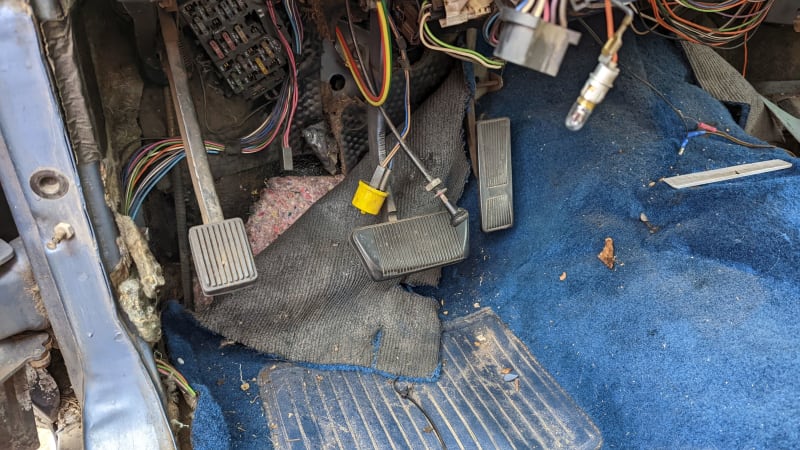 While the Eagle would be considered intolerably noisy, underpowered and cramped by 2022 crossover standards, in 1981 it was the only true all-wheel-drive car available new. And it offered that while also riding pretty well compared to, say, a Jeep. In the following year, though, Audi arrived with its newfangled Quattro system; other manufacturers began supplying AWD cars later in the decade. 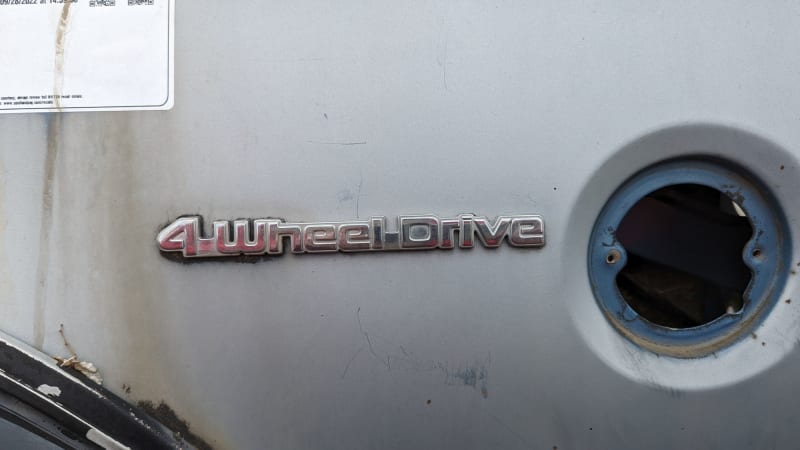 The Eagle sold well enough and bought AMC a few more years of survival (sadly, the AMC-Renault partnership failed to save the company), but it likely would have been a smash hit if more car shoppers had realized how useful an all-wheel-drive car with raised ground clearance could be. 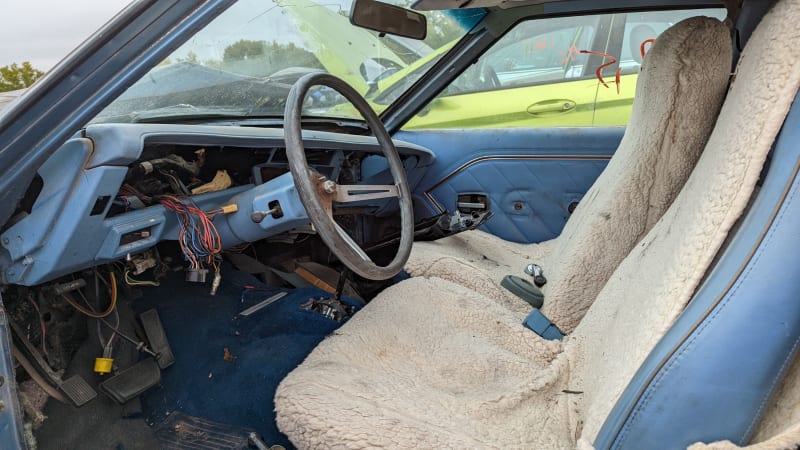 The Eagle was sold for the 1980 through 1988 model years (though the 1988 cars were sold by Chrysler under its new Eagle brand, making them Eagle Eagles). The SX/4 was available for just the 1981 through 1983 model years. 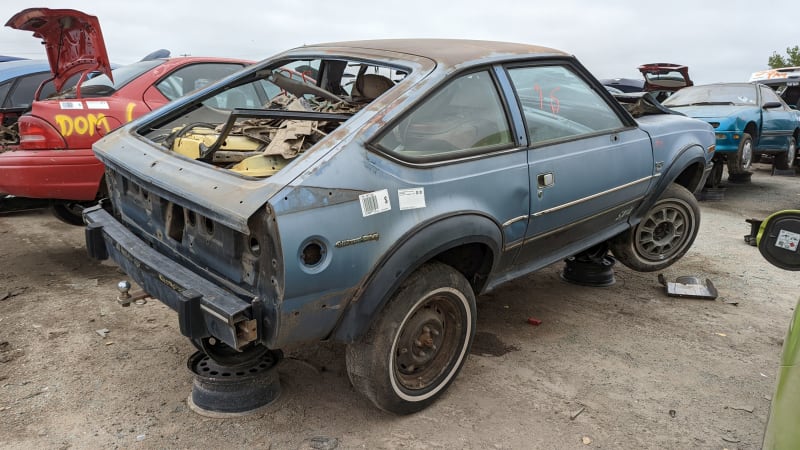 This is a good example of a “rare but not valuable” junkyard resident. 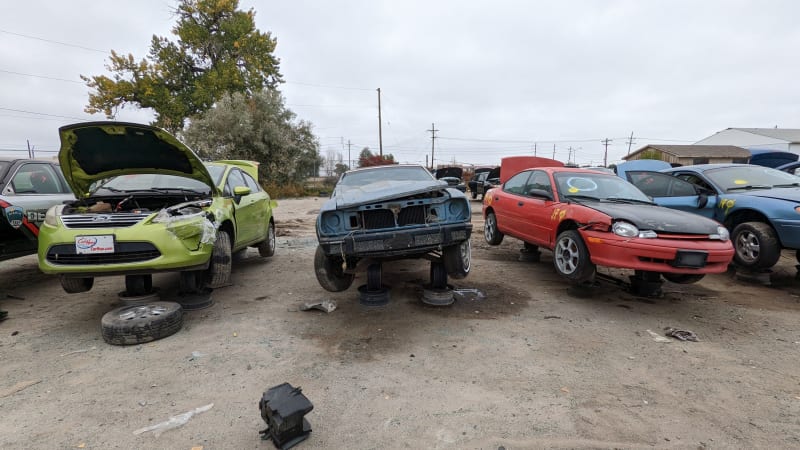 Still, it really stands out in the Domestics section at this boneyard.

Note the line about the U.S. Olympic Ski Team switching to the Eagle SX/4, a nasty jab in Subaru’s ribs. While the Eagle allowed you to switch between 2WD and 4WD, there were no ill effects (beyond bad fuel economy) if you kept it in 4WD on dry pavement. With the 4WD Subarus of 1981, you risked mechanical damage if you left the car in the 4WD mode on dry pavement. Later on, the four-wheel-drive/all-wheel-drive distinction became better understood by car buyers.

Out-corners the Trans Am in soft sand!

February 4, 2023 InsuNews
← 1966 Shelby Cobra 427 Is Our Bring a Trailer Auction Pick of the Day ← There's a race under way to save the Bonneville Salt Flats