Lexus revealed four concepts at the 2023 Tokyo Auto Salon, including modified versions of the RZ, RX, GX, and an updated ROV concept from 2022.The RZ Sport concept brings motorsports-inspired bodywork to Lexus’s first EV, as well as a more powerful rear motor.The RX and GX Outdoor concepts are fitted with rooftop tents and tons of off-road goodies; the repainted ROV rides on airless tires.

Lexus has brought four flashy concepts to the 2023 Tokyo Auto Salon, which opened today in Japan’s capital city. The concepts use Lexus’s SUV lineup as a canvas, showing off what the company’s high-riding vehicles could look like with an array of aftermarket parts bolted on. 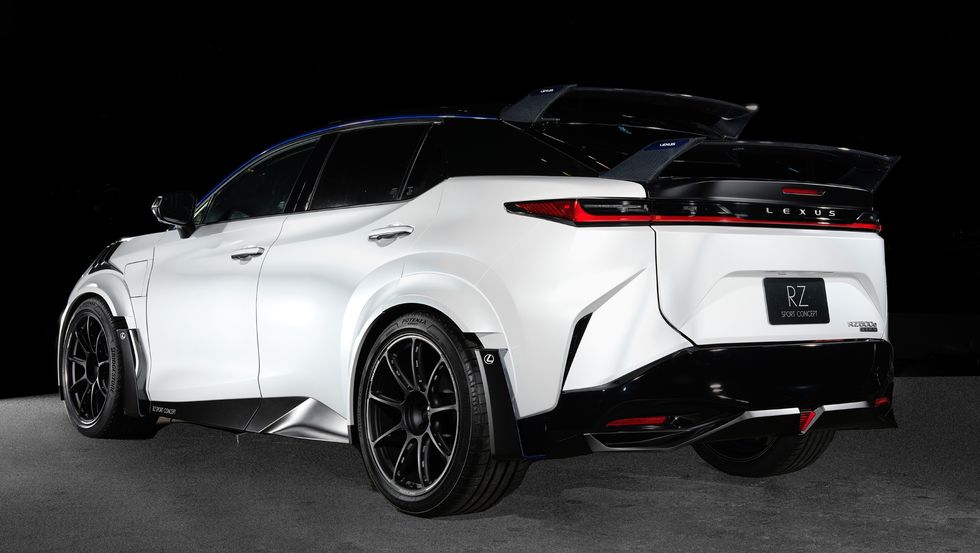 The RZ Sport concept is based on the Japanese brand’s first EV, due to arrive in the United States early this year, and brings exaggerated bodywork. Two carbon-fiber wings protrude from the roof and trunk while the aggressive front end features blue accents and massive vents carved out of the hood and fenders.

The RZ has also been lowered by 1.4 inches, with aero blades channeling the airflow behind the black 21-inch Volk Racing wheels shod with 295/35 rubber. The changes are more than skin-deep, with the rear electric motor upgraded to match the 201-hp front motor, boosting combined output from the standard 308 horsepower to 402. Front and rear bucket seats complete the motorsport-inspired changes.

The RX Outdoor is joined by the ROV Concept 2, an updated version of the side-by-side revealed early last year. The ROV is mechanically unchanged, still powered by an innovative 1.0-liter inline-three burning compressed hydrogen gas, but now the buggy has been repainted the same tan “Regolith” color as the RX concept and rides on unique airless tires. 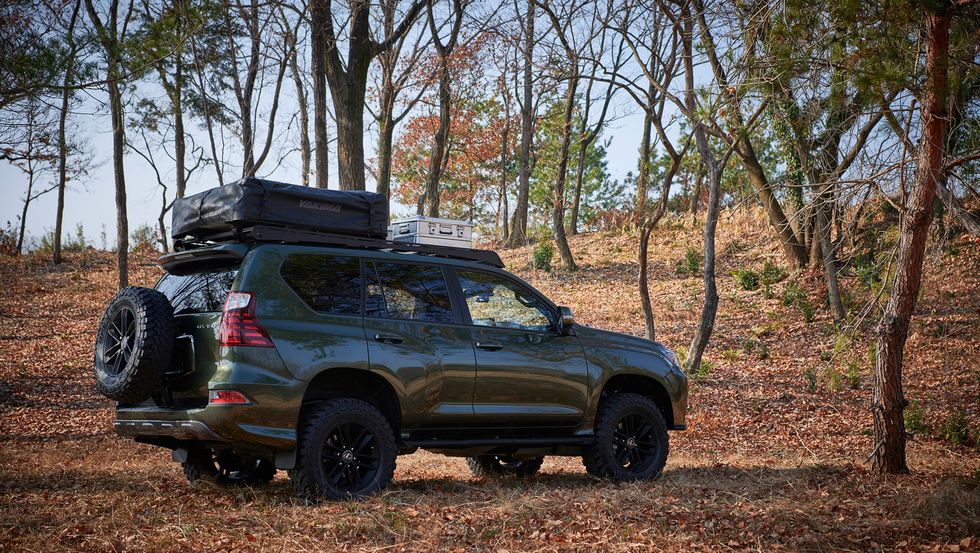 Finally, the GX Outdoor concept takes the GX 460 SUV and adds a roof rack carrying a tent, supply containers, and a Rigid light bar. A Warn electrical winch and LED lighting have been fitted to the front bumper, which also adds a skid plate. Rocker panel guards protect the beautiful green paint, and the GX rides on customized suspension by Australian firm Old Man Emu. Off-road-oriented 275/65 Toyo Tires round out the changes for this special GX.

An Archaic Maritime Law Is the Reason Why I-95 Sucks